The scary state of animal cruelty in Ontario 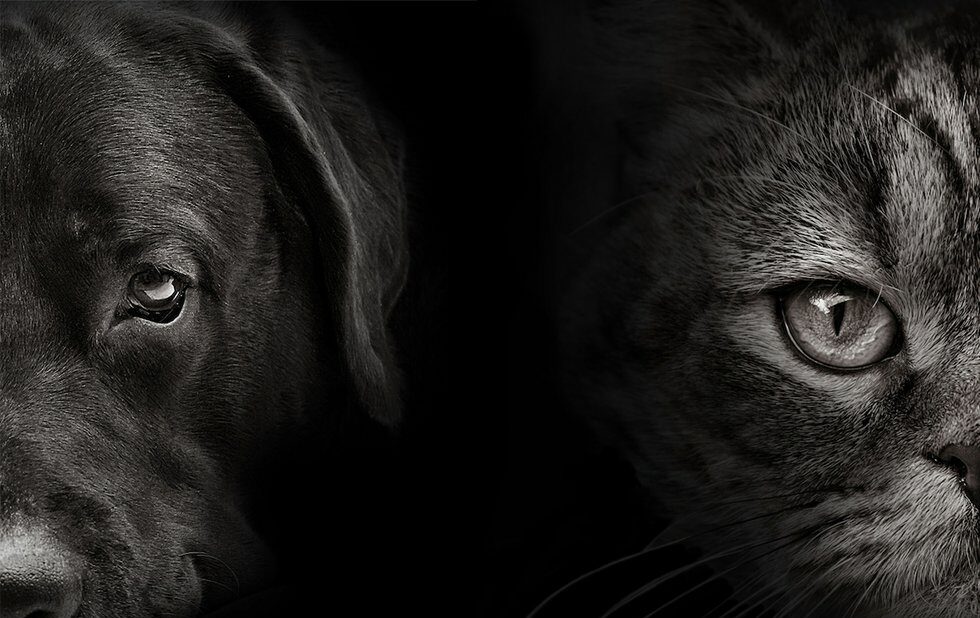 From the report, A More Humane and Safer Ontario: The Future of Animal Cruelty Investigations

It seems that Ontario’s animal welfare system has become a stray that no one wants to take in.

After 100 years of enforcing animal welfare law, the Ontario Society for the Prevention of Cruelty to Animals (OSPCA) is handing the reins over to the province – as of June 28, the organization will no longer investigate animal cruelty complaints.

The OSPCA is the only charity in Ontario tasked with law enforcement, a responsibility it has carried out  since the OSPCA Act was introduced in 1919.

That role, however, was recently deemed unconstitutional by the Superior Court of Justice. On January 2, Justice Timothy Minnema ruled that assigning policing powers to a private charity breaches the Canadian Charter of Rights and Freedoms because “law enforcement bodies must be subject to reasonable standards of transparency and accountability.”

The judge stayed the effect of his decision for a year “while the province considers its next step. Compromising animal welfare even for a transitional period would be an untenable result in my view.” In February, the Ford government announced it would appeal the decision.

Last month, however, the OSPCA rejected the government’s request to provide enforcement until a new law is passed. The most the OSPCA will agree to is a three-month extension for a fee.

Daryl Vaillancourt, chief of Humane Programs & Community Outreach with the OSPCA, says the  transition will give the government a “little bit of a buffer to make some decisions moving forward.”

Asked why the OSPCA isn’t giving the government more time, Vaillancourt says, “We had a decision to make, and we made a decision as an organization, as a charity, and we chose this time. So the responsibility to react to that is with the government.”

“They should have stepped up and agreed to continue until government has a replacement system together,” Zimmerman says.

As of March 31, the OSPCA has stopped investigating livestock complaints directing them to the Ontario Ministry of Agriculture Food and Rural Affairs (OMAFRA) and any “life-threatening” situations to police. But according to ministry spokesperson Brent Ross, “OMAFRA does not have the authority to enforce the provisions of the OSPCA Act.”

The Ontario Provincial Police do have the authority to enforce animal welfare and protection laws. According to the OSPCA Act, “In any part of Ontario in which the Society or an affiliated society does not function, any police officer having jurisdiction in that part has and may exercise any of the powers of an inspector or agent of the Society under this Act.”

But animal welfare is not exactly a priority of the OPP. The force says that it will assist municipal bylaw enforcement, the OSPCA or ministry “if requested to do so [but] the management and dispatch of domestic or wild animals is not currently a core policing duty,” says OPP spokesperson Carolle Dionne.

Jeffrey Bogaerts, a paralegal and member of the Ontario Landowners Association, launched the constitutional challenge against the government five years ago alleging, among other things, heavy handed enforcement by the OSPCA.

Over the years there have been reports of the OSPCA not responding to calls, says Zimmerman.

“I’ve been concerned about this since I left government,” says Zimmerman, who worked at the Ministry of Community Safety and Correctional Services for 25 years. As the manager of animal welfare for the ministry, Zimmerman led the team that revised the OSPCA Act in 2009.

“It’s a really good law,” he says. “In fact, I would say it is still the best provincial animal welfare law in the country. The problem is that it’s not being enforced.”

The OSPCA “are no longer interested in doing the job they were created to do,” says Zimmerman.

Kendra Coulter, associate professor and department chair of labour studies at Brock University, has been leading a research team studying animal cruelty investigations in Ontario and around the world since 2015. She agrees it’s time for public enforcement of the OSPCA Act.

“For some time the leadership of the OSPCA has been indicating a preference for animal care and advocacy rather than law enforcement,” she says. But she says the OSPCA’s decision to pull out in June does not allow enough time for a smooth transition.

Vaillancourt argues that the OSPCA’s donors shouldn’t be subsidizing enforcement. “It would be like police services in the province getting donor dollars for the work they do,” he says. “It’s just incorrect, and very antiquated legislation. At the end of the day, this is legislation that belongs to the province. It’s not ours.”

In a statement issued April 1, the province states that it is “committed to developing a more robust animal protection regime that provides greater transparency and accountability,” but has yet to release details. The statement notes that in 2018-19, the OSPCA received $5.75 million from the province for enforcement of animal welfare legislation.

For animals in distress, the consequences while the government figures out long-term plans for protection could be deadly, says Zimmerman.

“We are on the precipice here and we don’t see the ministry responsible communicating on what they’re going to do about this.”

Brett Tryon is a freelance writer and manager of the Blue Flag program at Environmental Defence Canada.