Anti-abortion protestors and the right to free speech: Reasonable Doubt 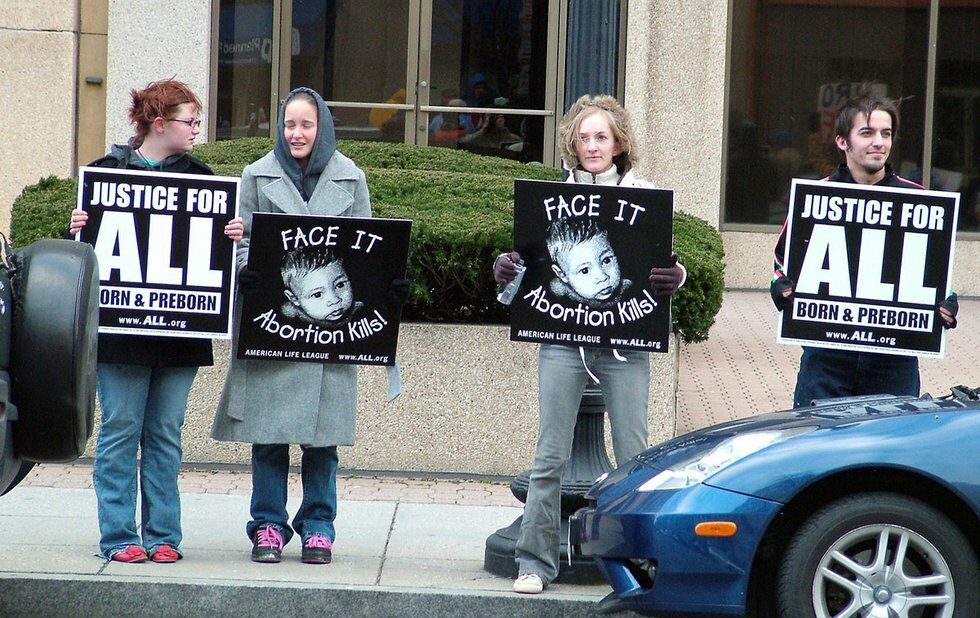 There seems to be a rash of anti-abortion protesters around Toronto this summer, forcing images of aborted fetuses upon hundreds of passersby. The tactic for all the banners, placards and flyers they hand out is clear: repulse and offend as many people as possible in the hopes that strangers will think twice about abortion.

So what are the legal limits of this conduct and why is there no neat legal solution for this problem?

The reaction of courts to these protests has been unchanged since abortion was legalized. This type of activity has been protected by section 2 of the Charter of Rights and Freedoms, which protects, amongst other things, freedom of communication and expression. One of the limits to the application of the Charter (as set out by s. 32 of the Charter), is that it only applies to government actions. Therefore, most court challenges against protest behaviour have focused on the extent to which a person’s right to freedom of speech can be limited government actors. As is clear from the case law, however, drawing the line between actions of the government and actions of private entities can be difficult to do.

In 1994, the Ontario Superior Court delivered a seminal decision in this area in Ontario v Dieleman. In his decision, Justice Adams conducted a review of the history of abortion and its interactions with the law. The most immediate impact of his decision was an order that significantly curtailed the ability of protesters to carry on their activities near abortion clinics that were involved in that case. This was essential, given the recent changes to the law that expanded access to abortion clinics. Without his order, women would be required to literally force their way through protesters in order access a clinic.

In 2016, the BC Court of Appeal dealt with a legal challenge by an anti-abortion group that sought to conduct their protests on university property in BC Liberties Association v University of Victoria. In his decision, Justice Wilcock agreed with the BC Supreme Court that the University of Victoria was well within its legal ability to stop anti-abortion protests. Justice Wilcock concluded that the acts of the university in prohibiting the protest activity were not “governmental in nature,” and therefore the Charter didn’t apply, and the university was allowed to stop the anti-abortion group from holding their demonstrations.

Also in 2016, in the case of Canadian Centre for Bio-Ethical Reform v Grande Prairie, the Alberta Court of Queen’s Bench dealt with a similar issue but from a different standpoint. The municipality of Grande Prairie had refused to permit an anti-abortion group to place their advertisements on the municipal transit system. In that case, there was no dispute that the decision to prohibit the ads was a governmental one (it was the municipality’s decision). The question was whether the city’s decision was a reasonable one, considered under the framework of whether the anti-abortion group’s rights had been infringed. Justice Anderson concluded that it was.

Unlike many of the photos seen on placards around protests in Toronto, the ads in Grande Prairie only included photos of living fetuses. To add impact to their ads, they relied on the language, “Abortion kills children” and used the website address “endthekilling.ca.” In ruling that the city’s decision was reasonable, Justice Anderson said:

“I find the ad is likely to cause psychological harm to women who have had an abortion or who are considering an abortion. It is also likely to cause fear and confusion among children who may not fully understand what the ad is trying to express. They may not be familiar with the word abortion, but they can read and understand that “something” kills children. Expression of this kind may lead to emotional responses from the various people who make use of public transit and other users of the road, creating a hostile and uncomfortable environment.”

If you think carefully about the locations where you have observed these protesters in the past, you will likely notice that they are strategic: never inside a public building and never on private property either. Another theme of these protests is that they are transient they often don’t remain in place for more than a day, making it far more difficult to take legal action, presuming that legal action would even be an option.

The one question that Justice Anderson declined to answer was whether or not the messaging of the anti-abortion group in the case constituted hate speech. This is the clear line at which these activities cannot be saved, no matter where it is occurring. The publishing of hate speech is an offence under the Criminal Code and would be illegal anywhere. One of the requirements of this offence is that the accused intend to incite hatred against an identifiable group. While the protests around Toronto are offensive to anyone who lays eyes on them, they are unfortunately not criminal.