NowMagazineNewsAntifa explained: getting in the alt-right’s face

Antifa explained: getting in the alt-right’s face

The outbreak of violence between alt-right groups and anti-fascist counter-protestors in Charlottesville and more recently at La Meute rallies. 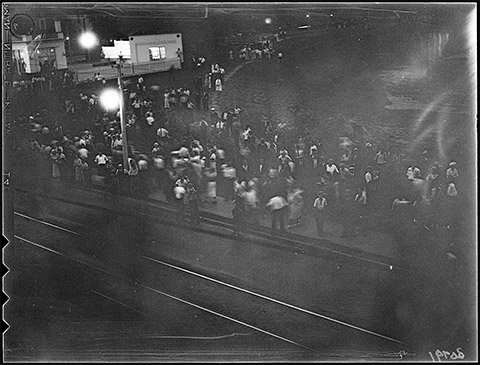 The outbreak of violence between alt-right groups and anti-fascist counter-protestors in Charlottesville and more recently at La Meute rallies in Quebec City and at McGill University in Montreal has prompted some conservative opinion-makers here to characterize anti-fascists as the real neo-Nazis.

Rex Murphys September 1 column in the National Post, which likened the actions of anti-fascist protestors to a rabid pack of wolves, stands out. It posits that a neo-Nazi and/or white supremacist threat to American democracy exists only in the heads of those who read Marvel Comics for news and think Twitter is a medium for sentient beings.

Presenting a distorted image of the movement, critics point to examples of anti-fascists using black bloc (confrontational) tactics to suggest that recent responses to racist groups is somehow equivalent to or responsible for the violence of the racist alt-right movement. This is a false equivalency.

The so-called alt-right in the U.S. and the anti-Muslim movement in Canada pine for a white ethnostate and/or are working to protect Canadian culture as they see it. At the very least, anti-Muslim groups in Canada want to take away the Charter-protected right of Muslims to practice Islam. The whole point of the anti-fascist movement is to oppose such goals.

We live in a moment in which forces that wed normally describe as fascist are re-emerging with a vengeance, says George Ciccariello-Maher, a professor of political theory at Drexel University in the U.S., who notes that fascism grows through a process of emboldening, of which public displays of force are a vital component.

Nazis are building, attracting new members, and theyre attempting to do more and more public displays of force, he says.

However, Ryan Scrivens, a PhD candidate in the School of Criminology at Simon Fraser University and a leading analyst on the Canadian far right, doesnt agree with the idea of denying the far right their platform to come out and rally. He says its by getting them out in public that you can see who they are and keep tabs on whos who.

Scrivens says that anti-fascist groups should show up to outnumber their opposition, but that groups like antifa are pushing things a little too far.

While there have been several instances reported of black bloc anti-fascists assaulting demonstrators, as in a recent confrontation in Berkeley, California, there are also many examples of anti-fascists using violence to protect other protesters. For example, anti-fascists defended Jewish clergy from white supremacists in Charlottesville.

Overall, anti-fascist tactics range widely, from simply taking up space to linking arms in front of alt-right protesters, to physically removing the opposition (de-platforming). Some also engage in violence and property damage while wearing masks. However, they maintain that this violence is defensive in nature.

But not all protesters who mask up endorse or take part in black bloc tactics. Many do so to protect themselves from doxxing, the practice of publishing a persons face, name, address, employment details or information of their loved ones on an enemies list.

Antifa literally anti-fascism or anti-fascists is an umbrella term used to describe the diffuse collection of groups that seek to confront, marginalize or eliminate fascism, white supremacy and racism.

There is no official history of antifa, but the term has its origins in the united front of German socialist and communist parties that banded together to fight the rise of Nazism in the 1930s. The movement was largely marginalized during the war years, but its traditions and iconography have stuck around.

Todays anti-fascists have no practical connection to this part of German history but refer to it as a historical example. The movement is more reflective of efforts to counter rising far-right politics in Europe, particularly in the UK, Italy and Germany, where a network of anti-fascist groups have coalesced into an autonomous subculture.

This loose movement, which had largely disbanded in the 1990s, reconstituted recently to confront the resurgence of far-right politics in North America, where fascist and anti-fascist groups grew out of the youth punk scene.

The current movement reflects much of the same style and tactics of their historical predecessors in Europe, but are less violent.

The anti-fascist movement has a history in Toronto stretching back to 1933, when a swastika flag was unfurled at a community baseball match involving a Jewish team, sparking the six-hour-long Christie Pits riot.

In the 1980s and 90s, anti-fascist and anti-racist forces like Anti-Racist Action (ARA) fought skinheads and neo-Nazis like the Heritage Front on Torontos streets and played an important role in driving far-right groups off the streets and into the margins over the next 20 years. The re-emergence of anti-Muslim groups in Toronto over the last year has likewise prompted todays anti-fascists to take up a similar approach.

Groups like the Coalition Against White Supremacy and Islamophobia, which is calling for non-violent but direct resistance to racist demonstrations, have organized several rallies and counter-demonstrations. Their preferred tactic is to hugely outnumber far-right opponents. But despite almost always opposing them in larger numbers, the anti-Muslim groups havent given up.

Today, the so called alt-right have the internet to organize on, says one anti-fascist activist in Toronto, who asked not to be named. They can just go back online if their public rallies get disrupted. We can only slow them down.

Slowing them down means the physical disruption of public rallies by right-wing groups. A prominent example was physical altercations with far-right protesters that occurred at monthly anti-Muslim demonstrations at Nathan Phillips Square this spring.

Whereas many turned out in large numbers to demonstrate after Trumps inauguration and the events in Charlottesville, most didnt attend the Nathan Phillips Square rallies.

Violence, says this activist, becomes more likely when both sides show up in smaller and more equal numbers.

The physical disruption of alt-right demonstrations is important, he says, because when fascists come out for their rallies, its really a test to see how communities react. If communities dont do much, then this opens the door to further levels of violence.