As charges heat up, Julian Fantino takes a vacation

Will Julian "Mr. Kick Ass" Fantino get the boot? 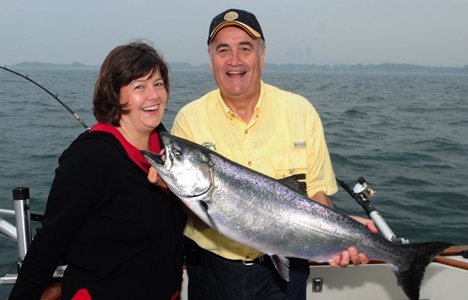 A cynic might suggest that OPP commissioner Julian Fantino’s post-holiday vacation couldn’t have come at a more opportune time.

With all the dirt in the papers about how he tried to influence councillors over a standoff with natives at Caledonia, and the usually cop-friendly Globe’s Christie Blatchford on his back, it wouldn’t be a bad time for Fantino to check out for a few days.

Could the end be nigh for Fantino? A strange set of circumstances have conspired around the OPP commisoner’s handling of the native occupation at Caledonia to make his departure a real possibility. Funny thing: he may get the boot for taking the side of natives in this one. Talk about weird scene for Mr. Kick Ass.

But even Fantino foes gotta be scratching their heads over this latest affair.

To recap: the provincial Crown has decided to pick up influencing charges brought by anti-native agitator Gary McHale, against Fantino.

The charges stem from a letter Fantino wrote Caledonia councillors warning them against taking McHale’s side in a longstanding land dispute between residents and natives in the community southwest of Hamilton. (The conflict dates back to 2006 when a developer bought up and built houses on land claimed by natives.)

Fantino threatened to withhold policing services, which was probably an inadvisable thing to do.

Zero marks for tact on Julie’s part there. The commish should have let it be known more quietly that upping the ante in the volatile situation wouldn’t be a good idea. Instead, he came out as only Julie knows how – guns blazing. Hence the current pickle.

Can’t fault Fantino for trying to avoid turning a sticky land claims dispute, which has seen its share of violence, from escalating out of control.

Haven’t we learned anything from Ipperwash? There, too, the OPP were called upon by angry residents to remove native protestors over a decades-old land dispute.

Don’t want a repeat of that debacle, do we? McHale’s seems to be taking his cue from Ipperwash residents locked in that battle all those years ago.

The OPP have a clear protocol when it comes to land disputes involving natives, and that’s to let the feds and province work it out.

Fantino’s been slapped before by Amnesty International and others for getting heavy with native protestors at Caledonia, and elsewhere. Whatever his reasons, he seems just as intent to wash his hands, Fantino thankfully doesn’t seem to want to repeat that mistake.

Caledonia wont be solved through heavy handed policing. The issue’s political. Unfortunately, the feds have left the province holding the bag. The province bought back lands at the centre of the fight back from developers, but the native occupation and hard feelings remain.

Locals have reportedly started unarmed militias. And the land claims dispute has spilled over into a fight over native smoke shacks. It’s a sad state of affairs, onto which the aforementioned McHale has thrown gasoline with his crusade against “race-based policing” – as in, natie lawbreakers are receiving preferential treatment over law-abiding whites.

McHale’s story is finding favour in the mainstream, with a little help from Globe and Mail columnist Christie Blatchford.

Most who were paying attention when the Caledonia story broke way back when will remember McHale as the big loud guy, pushing his weight around and egging on native protestors on the frontlines

But all of a sudden, he’s just the little guy trying to fight injustice.

The provincial NDP seem to have bought in, leader Andrea Horwath last week to calling for Fantino’s head while the influencing charges brought by McHale play their way out in court.

McHale, who does not live in Caledonia, has wrapped himself in the flag, and turned his fight into a one-man battle for democracy. Check out the website he started, Caledoniawakeupcall.com. Or his new venture, Canadian Advocates for Charter Equality. He’s executive director.

In the meantime, what will become of Fantino?

The fact the Crown decided to move ahead with McHale’s charges suggests his political higher ups may be tiring of his act. Reality is his political masters were tiring of the act before McHale came on the scene. The province only extended his contract for one year when Fantino re-signed back in June 2009.

The McHale dustup might be just the excuse the province is looking for to justify not renewing his contract, which expires in July.

Besides McHale’s charges, Fantino has also been dogged by an embarrassing discipline dispute that includes allegations of witness tampering and political interference.

That much-rumoured run for mayor of Vaughan may be in Fantino’s plans after all.[rssbreak]