Dear Bell, let’s talk about how you’re part of the mental health problem

Researchers are concerned that social media and internet addiction – all activities Bell promotes and sells – could be causing harm, but sure let's keep tweeting that stigma away 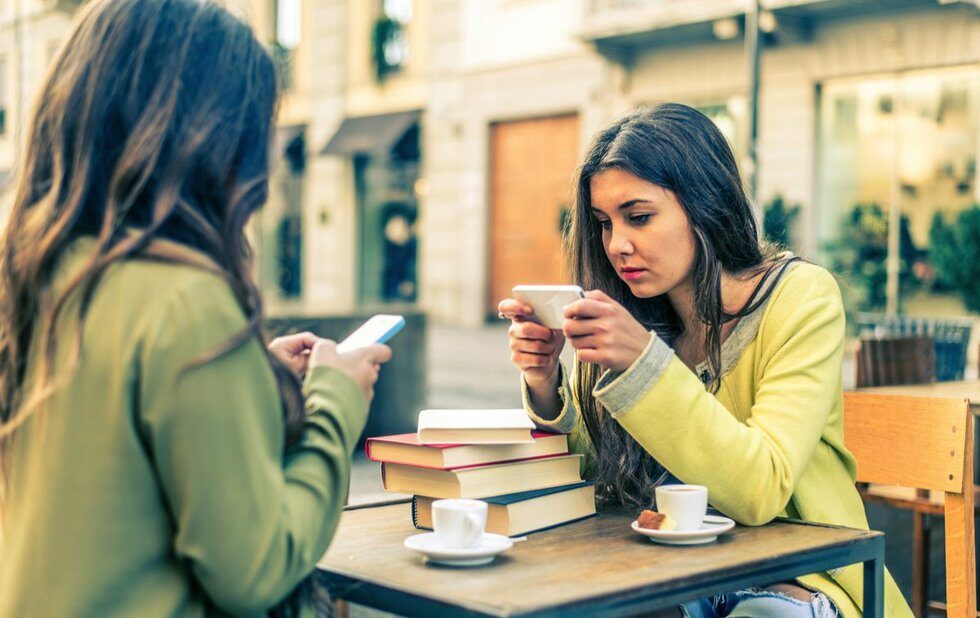 Me. Every single night of my life.

I am all for supporting mental health initiatives. Kids Help Phone is an important service. Increasing access to mental healthcare is crucial. But when an enormous corporation demands we talk about mental health for one day, I have to wonder if you’re paying any attention to what we’re saying.

Perhaps in addition to chipping away at the stigma surrounding mental health and increasing access to services, you could spend some time on preventative measures, too. The products you sell are making people’s mental health worse.

I’m not a Bell customer, but you sure want me to be. Last year, I received a note from my property management company insisting I move some furniture around to make it easier for your service people to install Fibe infrastructure in my place while I was out. I hadn’t  ordered it. Aghast, I told my property managers to leave my home alone, and followed up with Bell, too. Both parties and my (bored) friends thought Bell was doing me a favour. What if a future renter wanted the service? It could increase my property value! And they were doing it for free? Wow! Even our mayor thought this was fabulous.

Later, a Bell employee was stationed in my lobby, peddling Bell Fibe deals. No one – no one – I talked to found this gross. But I do. Capitalism’s increasingly aggressive tactics (such as literally listening in on my texts and emails and then advertising accordingly to get my money) is part of the problem.

Remember when we didn’t carry phones everywhere in our sweaty palms, desperate for an internet connection? It’s just expected now that we all have these things. It’s just normal. Well, I spend about $150 a month on this stuff – and way, way more if I get too excited on Snapchat and use up all my data. If I had cable TV, I’d spend even more! To watch television ads!

Secondly, I don’t need more things to watch on a screen or any faster connections to the internet. Researchers are already warning us that all of this binge-watching and Instagramming is making us unhappier. People who binge watch television are more likely to have anxiety and depression (though the former doesn’t necessarily cause the latter). Even the light from these devices’ screens could be making it harder to sleep.

Maybe no one wants to talk about it because you make it seem so normal – even though we are spending increasing amounts of time on screens instead of exercising or connecting to people, pets and the environment in real life. I spend so much time on a screen that I asked my boyfriend for an alarm clock for Christmas. I have one of those old SONY cube designs on my bedside table again. You know why? So I can turn my phone off, concentrate on a book and still wake up on time in the morning without relying on my phone.

I have to turn it off because I’m addicted to social media. I used to devour novels like comic strips. Now, I passively scroll through photos on Instagram. What I’m looking for? Beautiful images? Jokes?

If I add a new friend on a social network and I think they’re cool, I’ll review my own profile in an effort to see it through their eyes. If I upload something I think will garner lots of engagement, I’ll check back repeatedly to see how it’s doing.

Worse, I am one of those, cited in studies, that believes my self-esteem is suffering from these activities. When I don’t get the response I expected from sharing something online, I feel disappointed. When I see accounts with huge followings but bad content, I feel misunderstood. But most of all, I’m jealous. Everyone – with their acai bowls, charcoal face masks, perfect cappuccino foam – seems to have their shit together except me.

And how fucked up is it that today there are thousands of people tweeting, using the hashtag #BellLetsTalk, hoping for those addicting dopamine rushes you get when people like or share your 140-character quips? Does anyone not see the infuriating irony in this?

Bell, you have great intentions, but this is like a cigarette company donating to cancer charities or like Kylie Jenner’s recent fundraising campaign for Smile Train, which treats kids with cleft palettes.

One of the best ways I’ve improved my own mental health in the last year reducing screen time and using those hours for something more tangible. After you’ve helped the #BellLetsTalk cause with a few tweets – because this campaign raises money for wonderful organizations people badly need – I highly recommend it.