The best events on February 20 for kids, grandparents and everyone in between 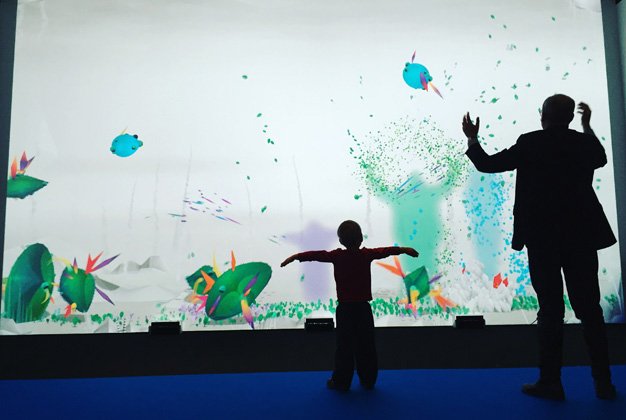 As the Ontario government website states, Family Day is a public holiday because “Ontarians work very hard and they deserve more time to spend with the people they love.” It’s also a day off work because February is the cruelest month and Easter break is still months away.

So with that in mind, we’ve rounded up the best events for NOW readers planning to spend February 20 with family – willingly, or not.

Below, you’ll find events suitable for kids. You’ll find ones that’ll make hanging with parents and grandparents for several hours a breeze. And for those having to tag along with cousins and aunts and uncles you seemingly have nothing in common with, we’ve found some fun events for you, too.

If you’re hanging out with kids

Family Day at the AGO

The Art Gallery of Ontario is always reliable when it comes to all-ages indoor programming. On February 20, the Kids’ Gallery will feature performances by the SOAR children’s skipping team, a screening of short film Cave Small Cave Big (written by two local kids!) as well as hands-on activities like kite-making and yoga. Tickets are $11 to $19.50, or $39 for a family pass. See listing for details.

TIFF’s kid-friendly digital exhibition, digiPlaySpace, returns from February 18 to April 23, making it a great option for Family Day and during spring break. This year’s theme is “creative machines,” an exploration of robotics, machines, computers and more to inspire young makers. Interact with 23 installations from eight countries including Virtual Growth from the Netherlands, DOBOTONE from Argentina and Sago Mini World made here in Toronto. Tickets are $11 for weekday admission and $13 on weekends. See listing for details.

If you’re heading down to Natrel Rink for a Family Day skate, head inside to Harbourfront Centre for this free all-ages event celebrating our northern winter landscape through nature, science and contemporary art. Enjoy storytelling, crafts, interactive exhibits and performances by Jumblies Theatre, Shadowland Theatre and musicians Marton Maderspach and Bruno Roy. Family programming runs from 11 am to 5 pm. See listing for details. 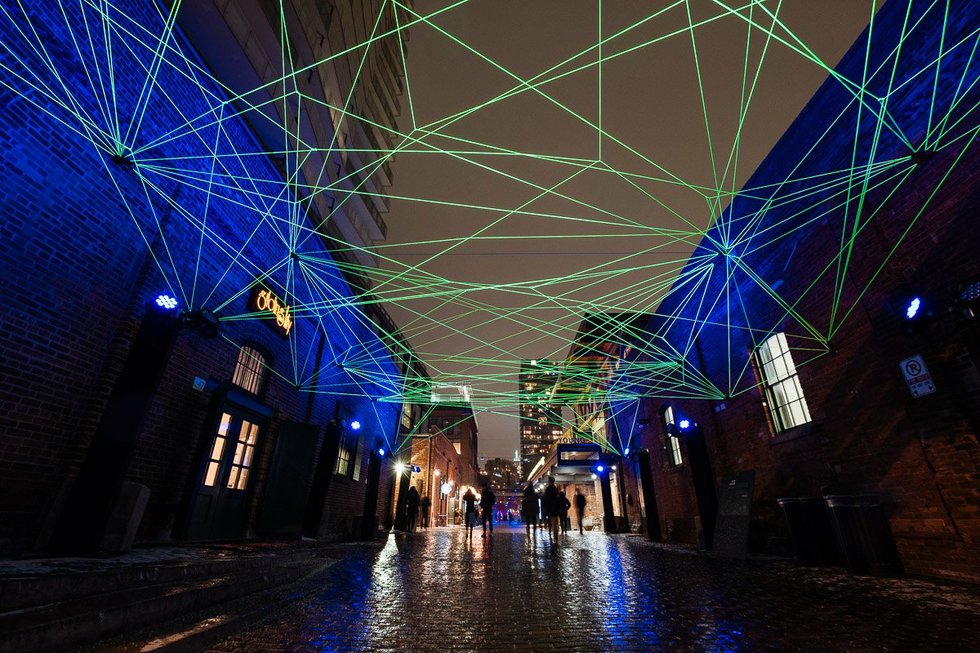 Explore large-scale light installations at the Distillery District after dark during the Toronto Light Festival.

If you’re hanging out with parents and grandparents

Take mom and dad for a long lakeside walk while exploring the Winter Stations Design Competition (see photos from last year’s competition here), which opens February 20. Eight installations in lifeguard stations on the beach are scattered between Woodbine and Victoria Park. Don’t miss I See You Ashiyu, a reinterpretation of a Japanese hot spring North, a canopy of 41 fir trees suspended in the air and The Illusory, which uses reflective linear panels to create visual distortion. The installations remain on display until March 27. See listing for details.

Spend Family Day helping another family in need. A Syrian film night at the Revue Cinema (400 Roncesvalles) is a fundraiser for the Heintzman Refugee Committee, a Mennonite group hoping to sponsor a Syrian refugee family coming to Toronto. From 6:30 to 9 pm, there will be a screening of the short film Syrian Eagles as well as After Spring, a 2016 feature-length documentary following two families of refugees living in Zaatari, the largest refugee camp for Syrians. Syrian snacks are provided and cocktails, wine and other beverages will be sold. Tickets are $25. See listing for details.

Head to the Distillery District at sundown to enjoy light art by local and international artists on display. The free outdoor festival runs until March 12 and is open daily from sundown to 10pm on Sundays to Wednesdays and 11pm on Thursdays to Saturdays. The festival features large-scale light installations requiring thousands of lights by artists including Toronto’s Ryan Longo, Dutch collective Lightform as well as Indian architects Vikas Patil and Santosh Gujar. Toronto winters are notoriously grey, so bundle up, get outside and enjoy the light. See listing for details. 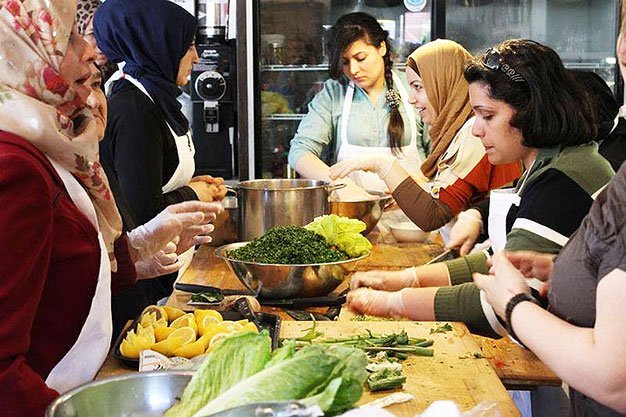 If you’re hanging out with siblings, cousins and other relatives

Since 2016, Newcomer Kitchen at the Depanneur (1033 College) has served dozens of traditional Syrian meals made by Syrian refugees new to Toronto. On February 20, guests have a chance to learn to cook popular Syrian recipes during an all-day cooking workshop that includes a meze lunch and food to take home. Learn to make dishes such as Khabaz Saj, a flatbread, Kousa Mahshi, which are zucchinis stuffed with ground beef and rice, as well as Namoura, a classic Syrian dessert. Participation costs $125 (or $62 for participants under 12), and the workshop runs from 9:30am to 3:30pm. See website for details.

Improv comedy will make you laugh. It might also make you feel uncomfortable because, well, you never know what’s going to happen, which makes it the perfect activity to enjoy with siblings and long-lost cousins alike. The World’s Biggest Improv Tournament at the Social Capital Theatre (154 Danforth) features 256 improvisors, including Second city alumni and Canadian Comedy Award winners in two shows (7pm and 8:30pm). Tickets are $5 for one show or $8 for both. See listing for details.

If you’re looking for a place to dine on Family Day, head to Hong Shing (195 Dundas West) for their #HongShingMondays series. In addition to classic Szechuan, Cantonese and Canadianified dishes, guests can try new and inventive off-the-menu items, such as General Wings, which are marinated in Hong Shing’s House General sauce, garlic and cilantro. The legendary spot near Yonge and Dundas is notoriously open until 5am daily. See listing for details.

For a comprehensive guide to all Family Day events happening in Toronto, check out NOW’s listings.