The best festivals happening in Toronto this summer

Toronto is a city of festivals. These multi-day events take over our streets, parks, theatres and convention halls showcasing how diverse the city truly is 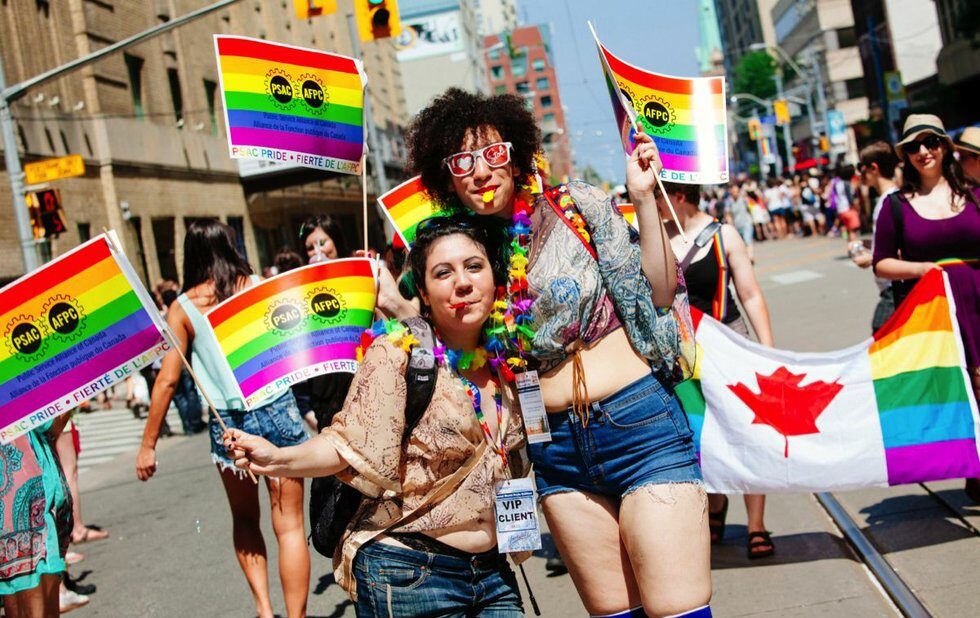 Stand up for Pride

Los Angeles is turning its Pride parade in 2017 into a resistance march. Blame Donald Trump. Blame political apathy stateside. Closer to home in Toronto, it’s also been a tumultuous year for LGBTQ politics at Pride Toronto, since 2016’s Black Lives Matter-Toronto takeover and Pride’s banning of official Toronto police participation in the parade. No floats. No cops in uniform. No weapons. With the election earlier this year of a new board as well as the hiring of new executive director Olivia Nuamah, Pride, if nothing else, has shown itself to be a resilient organization. All of which gives participation in this year’s month-long celebrations including concerts, panel discussions, community events and multiple parades a renewed sense of political purpose and edge.

Dance with your neighbours at Dundas West Fest

Either we’ve changed or neighbourhood festivals have become a lot cooler in the last few years. Take Dundas West Fest, which now happens every June and features great bands and eats cooked up by high-quality local restaurants. Celebrate the best of the neighbourhood, from Nova Era’s classic Portuguese custard tarts to some of the city’s best vintage stores, like Penny Arcade and CHOSEN.

June 3 on Dundas West from Ossington to Lansdowne, free, dundaswestfest.ca

Get cultured at Afrofest

Afrofest is one of the largest celebrations of African music and culture in Ontario, happening for the 29th year this summer. In honour of its many years of bringing eclectic music, art, fashion, food and fun to the city, this year’s festivites organized by Music Africa features a series of events ahead of the festival’s marquee two-day celebration at Woodbine Park. From its African Music Conference and soft launch, to an exclusive pre-Afrofest event – it’ll be bigger than ever.

Embrace the power of First Nations art and history

When it was unveiled in 2008, Douglas Coupland’s commemoration to the War of 1812 at the foot of Fleet and Bathurst, had one glaring historical omission – lack of Native representation. When American troops laid siege to Fort York during the War of 1812, Shawnee, Dakota, Ottawa, Chippewa, Potawatomi, Winnebago, Menominee, Wyandot and Iroquois warriors fought alongside the British to hold off the American invasion. Truth is, remembering First Nations history is not our strong suit. In 2017, Canada 150 sesquicentennial celebrations make righting those wrongs all the more important. To mark National Aboriginal Day this year, Fort York and the Mississaugas of the New Credit First Nation present a showcase of Métis and Indigenous culture that will take centre stage alongside the annual Indigenous Arts Festival. Spend the day outdoors enjoying traditional and contemporary music, educational programming, storytelling, dance, theatre and food by Indigenous artists and creators. 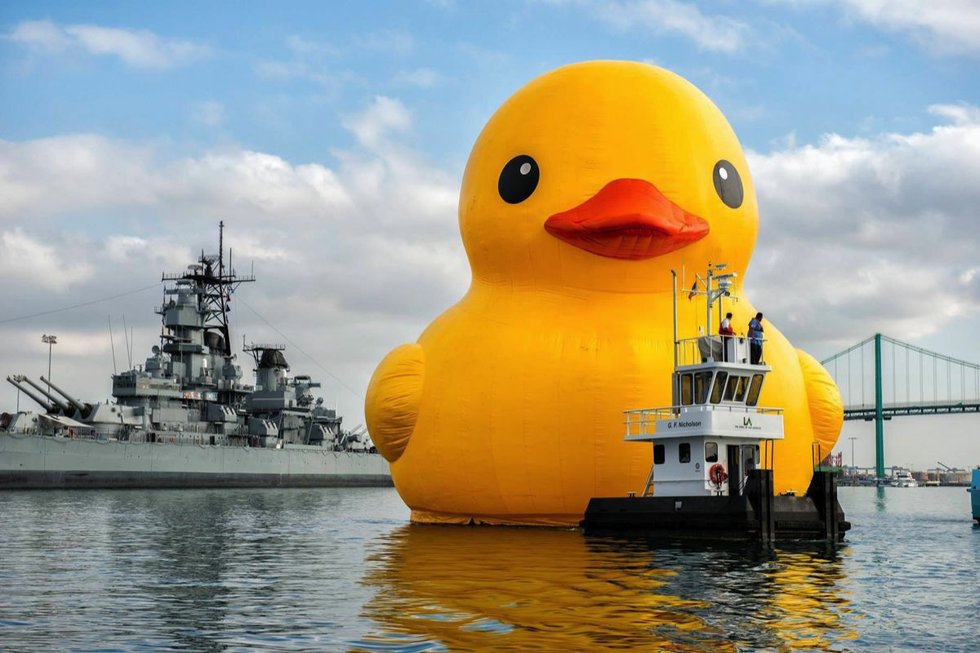 Standing at just over six storeys tall, this replica of Dutch public artist Florentijn Hofman‘s original work gained infamy when China blocked the search terms “big yellow duck” in 2013. As part of Canada 150 celebrations, Mama Duck will bathe in the Harbourfront portion of Lake Ontario over Canada Day weekend during the Redpath Waterfront Festival. Along with snapping pics for Instagram, festival visitors can sample delicious eats like tacos, churros and ice-cream while shopping for handmade jewellery, soaps and textiles at the artisan market. Stop by the stage to cheer on Rhythm of the Nation, an interactive dance and musical show featuring DJ Creeasian and Pierre Trudel, and Canuck it up whilst watching a lumberjack competition that includes logrolling, tree climbing, chainsaw carving and axe throwing. Bring on the red, white and plaid.

Jump up, be happy

From Drake’s OVO Festival to the mas band competition (where participants compete for title of King and Queen), Canada’s largest annual festival of Caribbean culture, food, music and beauty attracts more than a million people to Toronto every year. Toronto Caribbean Carnival, in its 50th this year, has come a long way since its inception in 1967, when it was a one-day event. It has since grown from a pan-Caribbean to pan-Black event incorporating different communities and music. The annual parade along Lake Shore is still the highlight, but organizers have added a number of parties, boat cruises and live concerts to help get your drink and dance on.

Taste the real jerk at Jerkfest

Arguably Jamaica’s most popular export after reggae and beef patties, jerk and its flavourful fieriness has a special place in the hearts of Torontonians. Just ask Drake’s accent. Each year, lovers of the island’s most popular cuisine gather to gorge, push personal Scoville limits and celebrate the titular jerk, but also experience a wide range of Caribbean cuisines. In addition to food, there’s a three-day music festival with headliners Brian McKnight (Back At One topped Jamaican charts for an extremely long time) and Maxi Priest. Fun for the whole family. 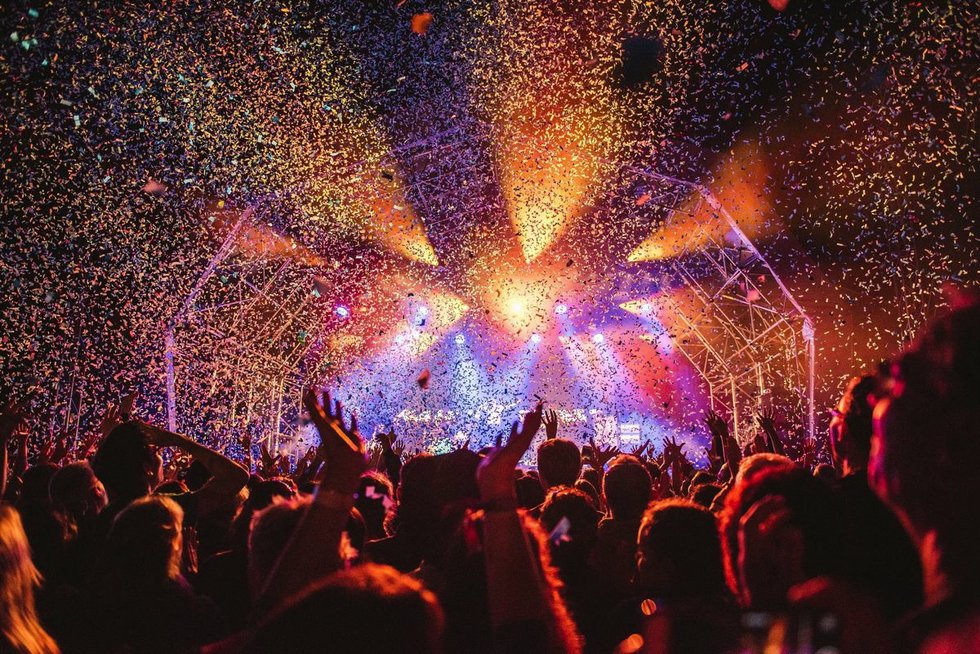 Feast your ears (and face) at Jamie Oliver’s music festival

We doubt the celeb chef will be appearing at the first Canadian edition of his music-and-food fest camp out, The Big Feastival. But you know who will be? Weezer, Ben Harper, OK Go, Basia Bulat, De La Soul, Wintersleep and Dragonette, to name a few. On the food side, there’s a pretty impressive lineup of personalities, including Chuck Hughes, Piano Piano’s Victor Barry, Antler’s Michael Hunter, the Drake’s Alexandra Feswick and Amy Rosen of Rosen’s Cinnamon Buns. Kids get in free, with entertainment for young ‘ins including Fred Penner (though who are we kidding – we’d want to catch his set, too).

Stretch your imagination at FIGMENT

Very few festivals can stick it to the man and forgo corporate sponsorship. FIGMENT is a community-oriented participatory art festival that brings diverse voices together to create something very special for one day only. If you’ve ever wanted to mount an installation or participate in another artist’s public work, this is the fest for you. Forget the red tape of other art festivals – this one celebrates going rogue in work that is by and for the people.

This is the little festival that could. Since its humble inception over two decades ago, the event has been shuttled from venue to venue, but Rastafest now has a permanent home at Black Creek Pioneer Village. An inclusive family affair, the cultural festival exposes attendees to all things Rastafari. From Nyabinghi drumming and music to Ital foods (salt-free and organic), the weekend is an explosive expression of one of Jamaica’s most misunderstood sects.