Efforts to get people to vote, complete with ballot-box selfies, loomed large on social media, but when casting a ballot is treated as the noblest thing you can do in a democracy, it accommodates a status quo of incredibly narrow choices 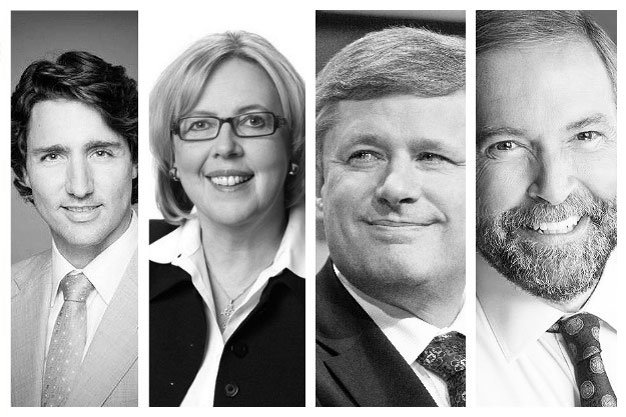 While federal election #elxn42 featured many firsts, and it felt good to see Stephen Harper’s Conservatives trounced, one new electioneering element stood out in the social media age – the fetishization of voting.

Efforts to get people to vote showed themselves on countless Facebook pages, Twitter feeds and even in a campaign promoted by CBC personality Rick Mercer, turning the placement of an ‘x’ on a piece of paper into a moment of important self-regard, complete with ballot box selfies.

This hyper-celebration of voting reflects an age in which cheap and easy commitments – changing our Facebook status to read Je Suis Charlie, as was done following the Charlie Hebdo shootings, or holding up selfies reading Bring Back Our Girls for the kidnapped Boko Haram girls – do more to make us feel good about ourselves than address the challenges we face. Meanwhile, those who don’t vote are treated like the party poopers who are told they cannot complain if they don’t like the results.

Voting is the absolute minimum task one can perform in a democracy. But voting does not equal or encourage participation in decisions affecting our daily lives, which is why it is so easy for mainstream institutions to promote it as the noblest of political actions.

By elevating it to the level of heroism, we paper over serious questions about what, exactly, is achieved after 10 long weeks, tens of millions of dollars spent, and untold volunteer hours going to three mainstream parties who are not terribly different in their fundamental outlook.

How many people went to the polls on Monday and held their noses in a desperate Anybody-But-Conservative moment? What does it mean to “have your say” when most voters would be embarrassed pink to spout the somnambulant sound bytes of the parties’ leaders (“ready for change,” “real change,” and “protecting the economy”)?

One is reminded of Martin Luther King Jr.’s gradual radicalization, when he came to the conclusion that winning the right for blacks to share lunch counters with whites meant nothing as long as those enjoying this new freedom could not afford to buy lunch.

How can Canadians enjoy a truly democratic choice when the richest 86 people in this country have the same wealth as the poorest 11.4 million Canadians?

On a broader level, how can anyone place their future hopes in political parties that refuse to recognize the seriousness of Canada’s single biggest contributor to planetary peril, the Alberta tar sands? And what does it mean to vote without pausing to remember the Truth and Reconciliation Commission conclusion that Canada is a nation built on what it deemed a “cultural genocide” waged against indigenous peoples?

When voting is treated as the most important thing you can do in a democracy, it  accommodates a status quo of incredibly narrow choices with only minor tinkering.

Privileging voting ignores the very grassroots efforts that create and sustain those best elements of democratic countries, from the community organizing that leads to the creation of women’s shelters, co-op housing and credit unions, to the organization of demonstrations, strikes, and direct action.

Indeed, it was the very outbreak of participatory politics in the 1960s and 70s that led the planet’s leading powerbrokers (including members of Pierre Trudeau’s cabinet) to form the Trilateral Commission, whose report, The Crisis of Democracy, shivered with the conclusion that the social movements forcing real changes in those tumultuous times resulted from an “excess of democracy” that had to be reigned in through economic and political austerity and  lowering of expectations.  The viewpoint of the political elites was that “the effective operation of a democratic political system usually requires some measure of apathy and non-involvement on the part of some individuals and groups.”

When the NDP uprooted the “socialist” bogey-word out of the party’s constitution in 2013 in an effort to make itself more “electable” (supplanting the old with a new focus on balanced budgets), it was one final blow severing its ties to the 1933 Regina Manifesto when the party’s predecessor, the Cooperative Commonwealth Federation, proudly declared: “We aim to replace the present capitalist system, with its inherent injustice and inhumanity, by a social order from which the domination and exploitation of one class by another will be eliminated.”

But what if the NDP returned to its roots as a party that refused to make such accommodations to a cruel economy, as when it fought for universal healthcare?

Look south of the border to the popularity of Bernie Sanders, and a Pew research poll that finds 49 per cent of Americans under age 30 have a positive view of socialism, and overseas to the rise of Jeremy Corbyn as leader of Britain’s Labour Party. Take note as well of the anti-austerity victories posted by Podemos in Spain and Syriza in Greece, and one can see that condemning the current system as unfair is hardly an unpopular notion. Such positions reflect broad popular forces that have created a critical climate for systemic change.

That these parties have a long way to go is without question, but they have given strength to the notion that substantive change can be brought through an electoral politics that goes beyond passionless calls for balanced budgets, tax credits, and reduced ATM fees.

But does change have to wait another four years for a new party to come along, or can we get to the business of organizing ourselves into a social force that cannot be ignored? One answer, as African American poet June Jordan reminded us, is this: “We are the ones we have been waiting for.”

As the old bumper sticker goes, “If voting made a difference, it would be illegal.”