Their donations represent less than one-millionth of their bottom line, a pretty cheap price for a shiny Christmas ornament to deflect the attention of the public from growing food bank use 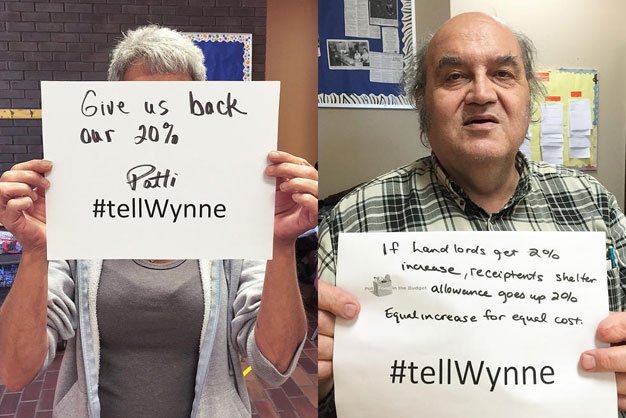 If the Grinch had gone to the same finishing school as Bay Street bankers, he might have got away with stealing Christmas.

At the CBC’s annual Sounds of the Season fundraising drive December 4, representatives from five major banks took to the stage to contribute $10,000 each to the charity drive for the Daily Bread Food Bank.

One financier cheerfully announced, “We are here to give money,” to the obvious pleasure of host Matt Galloway and the audience.

The praise received by the banks for their donations was, to borrow a line from one famous bank commercial, priceless, when you consider the billions in profits raked in this year by our financial institutions – collectively some $40 billion. Their donations represent less than one-millionth of their bottom line, a pretty cheap price for a shiny Christmas ornament to deflect the attention of the public from the banks’ outrageous wealth.

When Premier Kathleen Wynne, who was in attendance for the occasion, was called onto the stage, Galloway asked, “Why is it so difficult to reduce the number of people who go to food banks?” The premier’s answer: “The reality is that it is difficult.”

Wynne went on to say, “I know there are people in this audience who believe that we haven’t done enough in terms of [social assistance] rates. I get that … and I just want to acknowledge those people because the activists who push us – who push government, who say ‘You gotta do more’ – are extremely, extremely important.”

However, Wynne is going to need a lot of activists pushing to overcome the constant pressure she receives from the wealthy who run money banks (or who used to run them – hello, Ed Clark) to keep corporate taxes low.

Certainly, the premier hasn’t pushed back the banks by taxing their record profits, which alone could help provide enough money to make food banks unnecessary. A single person on Ontario Works receives $8,172 a year – an amount that RBC picked up in 2015 in about 26 seconds.

Mike Balkwill is provincial organizer for the Put Food In The Budget campaign. putfoodinthebudget.ca

foodbanks Put Food In The Budget Sounds of the Season