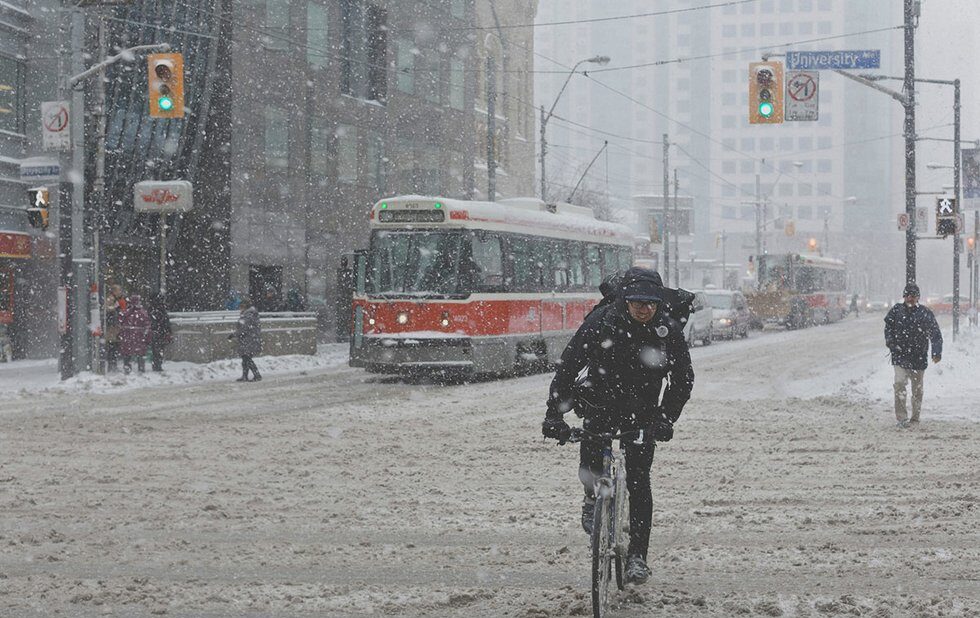 Among the many benefits of biking over driving or taking public transit are exercise, fresh air and lowering your carbon footprint. But if you still need an incentive to hop on your two-wheeler this summer, perhaps FREE STUFF will do it.

Biko, a free mobile app that launched in Bogota, Colombia, in 2015, has launched in Toronto today (May 10). The app tracks a user’s movements through GPS to earn digital rewards, which can be traded in for actual rewards such as discounts and freebies from local businesses. For every kilometre travelled, users earn one Biko point.

“Incentivizing cycling through rewards can help reduce Toronto’s carbon emissions, and we have the data to prove it,” says Emilio Pombo, the cofounder of Biko. “Our users have collectively reduced carbon emissions by 2,608 tonnes globally.”

In Toronto, dozens of businesses are already partnering with Biko, including Jimmy’s Coffee, Henderson Brewing, Foodora, Urbane Cyclist and B Yoga. Ten biko points, which requires 10 kilometres of pedaling, gets you a free cold brew at Jimmy’s Coffee. Sixty Biko points can be traded in for a free six-pack at Amsterdam Brewery.

Over 300 companies are part of Biko’s network in five cities, so if you’re cycling in Vancouver, Mexico City, Medellin or Bogota, you can also earn and redeem points. And while the app is geared towards cyclists, it can also be used when walking or running.

“Our primary goal with Biko is to improve the quality of life in our cities through improved mental and physical health, reduced pollution and better mobility,” says Molly Millar, the manager of Biko in Canada.