Ontario's cormorant hunt is the latest example of governments blaming predators for declining wildlife populations, even though humans are at the root of the problem 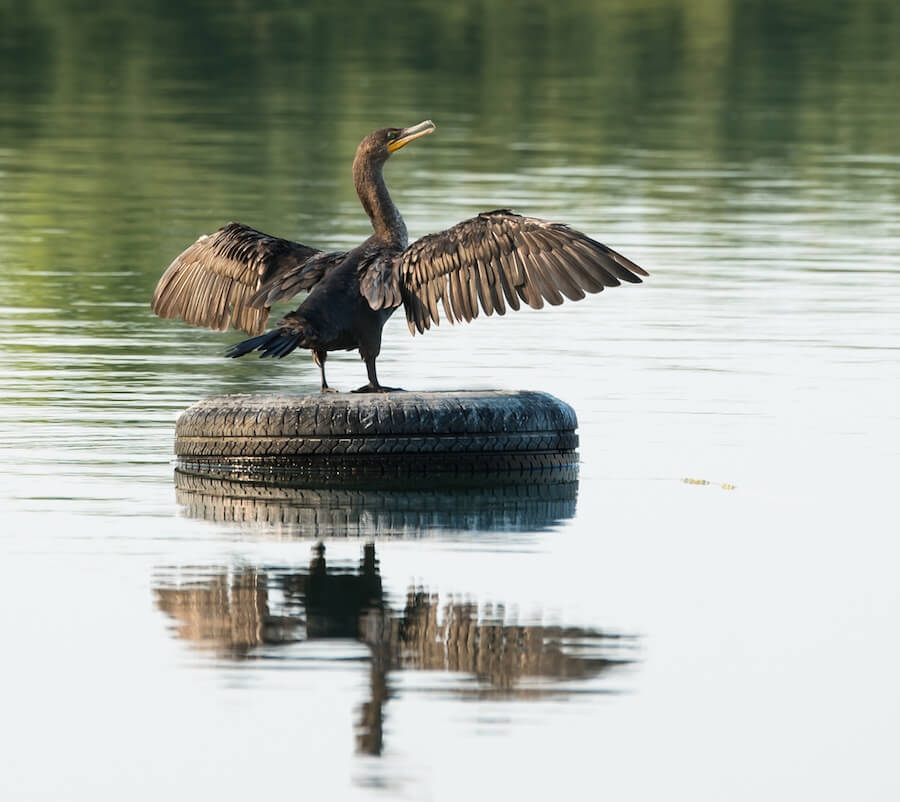 Most of us can remember a time in childhood when we were caught doing something wrong and pointed a finger at someone else for the misdeed. We might even still feel guilty about it.

Research shows blaming others doesn’t only harm the wrongfully accused; it can also harm those who blame, especially when it becomes pervasive in a culture. “Groups and organizations with a rampant culture of blame have a serious disadvantage when it comes to creativity, learning, innovation, and productive risk-taking,” according to the Harvard Business Review.

Blame culture is rampant in wildlife “management.” Throughout Canada, governments are implementing culling programs, blaming predators for declining wildlife populations, even though humans are at the root of the problem.

Nature is complex. It’s difficult to determine whether culling even works, and some studies show tampering with nature by isolating and killing one species can do more harm than good.

Yet on July 31, the Ontario government announced a 106-day fall hunt on double-crested cormorants starting September 15, allowing hunters to take 15 birds daily with no obligation to report kills and no provincial oversight of total birds killed. The hunt is likely a result of lobbying.

Ontario’s cormorant management review states, “Ontario sport and commercial fishermen have expressed concerns that increasing DCCO [double-crested cormorant] numbers are having adverse effects on fish stocks and that steps should be taken to control cormorant populations.”

The same review, though, finds cormorants haven’t been the main cause of dwindling fish populations: “Historical declines in the Great Lakes fish populations that led to the DCCO control program appear to have been caused by overfishing, invasion by sea lamprey, and loss of aquatic habitat (e.g., loss of spawning grounds and contamination by pesticides and other toxic chemicals).” Clearly, an untargeted, non-localized, unmonitored approach is not a good solution to perceived problems today.

Along the Pacific Coast, seals and sea lions are often blamed for declining salmon populations. The U.S. recently granted permission for hundreds of sea lions to be killed. According to a spokesperson, Fisheries and Oceans Canada is considering similar actions here. But sea lions and seals eat dozens of other fish, including some that prey on salmon.

More than 100 marine predators eat salmon and sometimes predators become prey, depending on size. According to David Suzuki Foundation senior scientist Scott Wallace, “There are about 140 different species in the ocean that eat salmon, and we’ve chosen to highlight seals and sea lions. There’s a long history of villainizing and scapegoating seals and sea lions, but I think it’s quite short-sighted to think that we can manipulate an ecosystem to enhance a single species.”

In Alberta and B.C., governments have sanctioned and paid to kill wolves, bears and cougars in efforts to keep imperilled caribou herds alive. Research shows these culls are having “no detectable effect” on recovering caribou. It’s true that wolves and other predators are affecting struggling caribou populations, but it’s mainly because roads and other industrial disturbances increase overall predator success by providing sightlines and travel corridors.

Industrial activity is the primary cause of boreal woodland caribou decline, but wolves and other predators are taking the hit. In Alberta, strychnine is often used to poison wolves, with impacts cascading throughout the food web.

The role of any animal within its ecological niche is far more complicated than the single predator-prey interaction that culling purportedly tries to control. Cormorants and other birds eat fish, but scientists say that, globally, bird excrement provides nutrients for coral reefs, which close to one-quarter of ocean fish depend on to survive.

Our blame game is growing tired. It’s preventing the creativity and innovation that allows us to recognize nature’s complexity. In a September 1 open letter to Ontario’s environment minister, 51 scientists called for a “science-based, detailed and peer-reviewed approach” to address cormorant stewardship.

Humans need to recognize when we’re failing to effectively “manage” the natural world that supports us — when our actions are harming or destroying ecosystems and need to be rethought. We must grow up, take responsibility and stop scapegoating other species for our mistakes.

Wildlife has co-existed for thousands of years, predators and prey each playing their part in a complex, symbiotic dance. It’s our actions that are out of step.