Brace for a “tele-everything” post-pandemic world

According to a survey of 915 experts by Pew Research Center, rampant misinformation and a more insular existence awaits us post-COVID 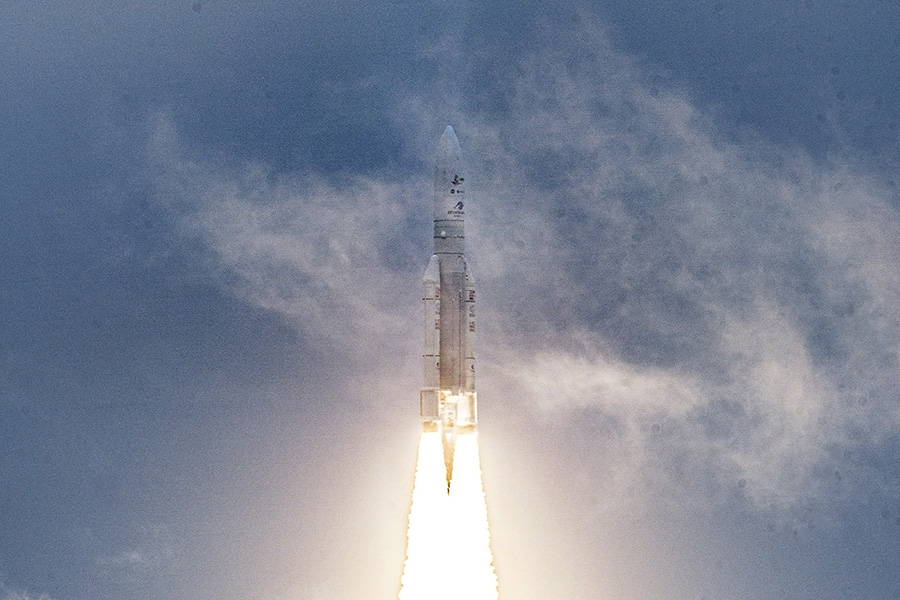 The James Webb Space Telescope launched by NASA on Christmas Day to see 13.5 billion years into the past.

Don Cherry, Jordan Peterson and “Karen” were all trending on Twitter on Christmas Eve. Also, Don’t Look Up, Adam McKay’s ode to science (and the madness of social media), premiered on Netflix. Talk about synchronicity.

But first Cherry. Apparently, there are still some hockey pucks out there who think the former Hockey Night In Canada personality shouldn’t have been fired for his on-air bigotry. Turns out some folks have nothing better to do on Xmas eve.

Meanwhile, alt-right culture warrior turned life coach Peterson, whose “antidote to chaos” seems to be to create more of it, was having another one of his meltdowns over COVID protocols, offering an “up yours” to the PM on booster shots on Twitter.

That they were trending alongside Karen, the “policewoman of human behaviour” who calls cops on Black people, should tell us all we need to know about the state of social media in general and our politics more specifically.

As for the planet, Don’t Look Up provides an all-too-real snapshot of the dangers posed by the rise of puerile content online as per Cherry, Peterson, Karen et al – not to mention, the threat to our planet by the rejection of climate science, but that’s another story.

The pandemic has only accelerated the spread of misinformation and disruption of our social order. The coronavirus has given rise to another plague – a pandemic of ignorance (some might call it stupidity). Yeah. It needs to be said.

As NASA launched the largest telescope yet into space on Christmas Day to study and search the cosmos, on planet Earth humankind as we know it – or at least large segments of it – is still stuck in the Palaeolithic era.

As advanced as we’ve become technologically, the pandemic has not only exposed inequities in our socio-economic systems and vulnerability of our health care and government institutions. It’s fired the rise of “digital propaganda” and what experts in various fields surveyed by Pew Research Center and Elon University’s Imagining the Internet Center in the U.S. characterize as “the seemingly unstoppable manipulation of public perception, emotion and action via online disinformation.”

More than 900 policymakers and experts in technology, business and other fields were asked by Pew to predict what a post-pandemic world will look like by 2025. Those surveyed suggest current misinformation trends are only going to get worse with the move to a more online existence post-pandemic.

Pew’s research suggests that what awaits us is a “tele-everything” “new normal” marked by growing social inequality, misinformation and bigger and bigger corporations controlling information technologies.

Pew was careful to note that the results of its survey are “only the opinions of the individuals” interviewed and that the responses were collected prior to the completion of the 2020 presidential election and widespread distribution of COVID vaccines. The results were published earlier this year. A small number of those surveyed (14 per cent) suggested that the lives of most people wouldn’t be much different in 2025 even if a pandemic had never happened.

But most of the other experts questioned, some 47 per cent, said life will be “mostly worse” for most people than it was pre-pandemic. Thirty-nine per cent predicted life will be “mostly better.” Both groups agreed the changes felt would be significant using phrases like “inflection point,” “unthinkable scale,” “exponential process,” “massive disruption” and “unprecedented challenge” to describe the effects the pandemic will have on our day-to-day reality in just a few short years.

The survey suggests that our notions of trust and truth will also be challenged as the growth of “digital tools,” including 3-D social media holograms and avatars, and remote everything – from work, medicine, schooling and e-commerce – gives rise to not only more convenience, but social isolation that “amplifies the best and worst in human nature.”

On the one hand, the increase in our digital interconnectedness may make us more empathetic towards issues of social injustice and other ills facing humankind, say the experts interviewed by Pew. On the other hand, remote work and the convenience of social and entertainment interactions online will lead to fewer social interactions in public. Welcome to the parallel universe.

The concern of experts surveyed by Pew is how this more insular existence may contribute to “xenophobia, bigotry and closed communities… as authoritarians and polarized populations wage warring information campaigns with their foes.” The experts, Pew reports, “worry about significant damage to social stability and cohesion and the reduced likelihood of rational deliberation and evidence-based policymaking.”

If that sounds familiar it’s because it’s already happening.

“As the global pandemic unfolds, experts urge that calls for social justice be heeded and that technology design focus on human well-being,” Pew’s survey notes.

“People have the chance now to reconfigure major systems such as the structure of capitalism, education, health care and workplaces. Advances in technologies such as artificial intelligence, smart cities, data analytics and virtual reality could make all systems safer, more humane and more helpfully productive. Better communication of more-accurate information can dramatically improve emergency responses in crises and alleviate suffering.”

Otherwise, pfft, there goes democracy, if a comet from outer space doesn’t hit Earth first like the climactic scene in Don’t Look Up. Either way, brace yourself for the post-pandemic impact.