Today’s industrial bakers turn flour into ready-to-eat loaves in as little as three hours, with the help of a long list of additives to slice baking times 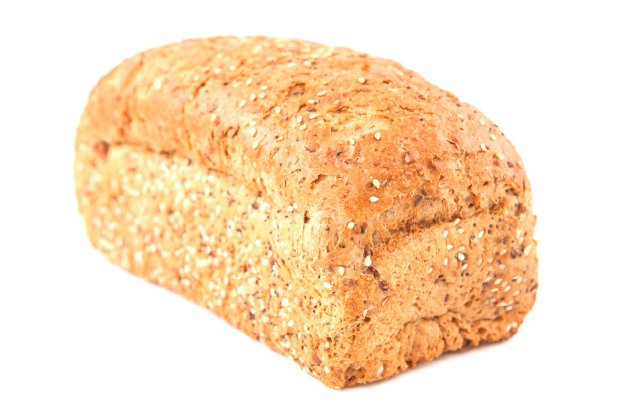 Grain, water, salt, sourdough starter and 18 to 48 hours are all Grant MacPherson needs to make the artisanal loaves he sells at Prairie Boy Bread in Toronto. He bakes the traditional way, giving his dough all the time it needs to develop its deep flavour.

A farmer before he became a baker, MacPherson won’t use anything but organic ingredients.

But unlike MacPherson, today’s industrial bakers turn flour into ready-to-eat loaves in as little as three hours, with the help of a long list of additives to slice baking times. Some artificial additives are meant to compensate for missing taste and feel, while others keep bread soft on the shelf longer.

That’s not to mention the traces of herbicides, insecticides, fungicides and fumigants applied to conventional wheat that may remain in the bread.

Cam Dahl, president of the industry group Cereals Canada, argues that “just because we find something in a part per billion or part per trillion doesn’t necessarily make it bad.”

But consumers are uneasy about chemicals in food for good reason. A 2015 report of the International Federation of Gynecology and Obstetrics found the industrialized food system to be a major contributor of toxic chemicals – from pesticides to plastics – to the environment.

Here’s some of what you may be swallowing in your daily bread:

• Clothianidin A member of the neo-nicotinoid group of pesticides that have been linked to massive pollinator deaths, it’s used on wheat seeds prior to planting to kill seed-eating insects and control seed-borne disease.

• Glyphosate The active ingredient in Roundup was declared a probable carcinogen by the World Health Organization’s International Agency for Research on Cancer in 2015. Some farmers allegedly spray it just before harvest to dry the crop, even though this use is prohibited.

• Plant growth regulators These often synthetic compounds are sprayed on wheat to change the plants’ hormonal balance to alter their germination time, stalk strength and yield.

• Fumigants Stored grain that becomes infested with insects is sprayed with these highly toxic chemicals, which are said to evaporate rapidly. They’re rarely needed in Canada due to our cold winters, which kill most bugs, according to Murdoch MacKay of the Cana-dian Grain Commission.

• Enzymes These make factory-produced bread look, feel and taste more like the properly aged version, but most don’t appear on ingredient labels. Some may be linked to asthma and intestinal diseases. Though most enzymes are produced from fungi or bacteria, some are extracted from pig or beef blood.

• Bleaching agents Naturally yellowish flour is whitened artificially. One agent, calcium peroxide, is a lung irritant at certain levels of exposure and is banned in Europe, Australia and New Zealand.

• Oxidizing agents Azodicarbonamide, a plastic chemical used in yoga mats, is designed to make bread fluffier. The World Health Organization has linked it to respiratory problems, allergies and asthma. Some research suggests that baked azodicarbonamide may form carcinogenic compounds – it’s banned in Europe and Australia – but Health Canada says the quantities in bread are too small to be harmful.

• Soya flour This allergen is used to increase bread’s volume and softness.

• Sweeteners Glucose-fructose (as in high-fructose corn syrup), an often genetically modified synthetic sugar, has a long shelf life. Another controversial one is acesulfame potassium, an artificial sweetener that’s been linked to rare organ tumours, various forms of leukemia and chronic respiratory diseases in rat studies.

• Colouring About one in 10 people suffer allergic reactions to the common synthetic dye tartrazine, which is also a possible carcinogen.

• Emulsifiers These increase bread’s softness, making it seem fresh longer. They include mono- and diglycerides of fatty acids and DATEM, which caused heart muscle fibrosis and adrenal overgrowth in rats in a 2002 study.

• Preservatives Among them is calcium propionate, a mould killer linked to eczema and behavioural problems in children. Long-term exposure can lead to stomach ulcers.

• Reducing agents L-cysteine, which can be made from goose and duck feathers, makes dough stretchier. Other reducing agents include metabisulphite and denatured yeast.

• Vital wheat gluten This component of wheat is added to dough in disproportionate amounts, especially to whole wheat dough, to make it more elastic.

• Wheat refining Removing the bran and germ robs flour of between 40 and 89 per cent of its vitamins and minerals, including thiamine, riboflavin and niacin.

Updated at 12:01 pm, Tuesday September 20, 2016: An earlier version of this story stated that Subway uses Azodicarbonamide in its bread. Azo-free bread was introduced at its restaurants in 2014.