Unstable times are great for the price of gold, and as permafrost melts, the extraction sector eyes warming Arctic as an opportunity to unlock its underlying riches 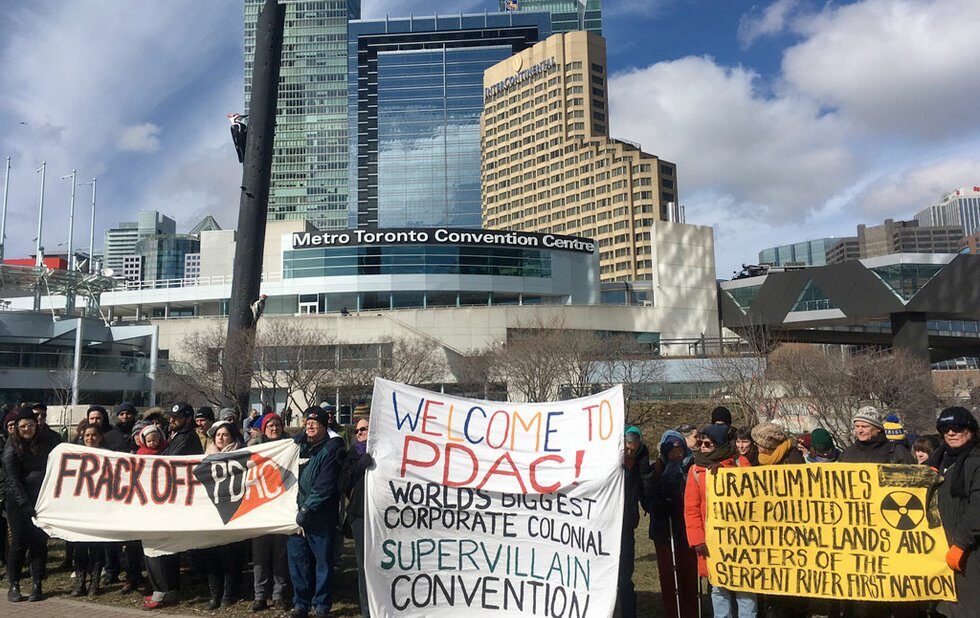 I’m writing from the 2017 Prospectors and Developers Association of Canada (PDAC) get-together, the mining industry’s annual convention that concluded in Toronto on March 8, and wondering what the world will look like in 2032.

The convention is a circus. The thousands of prospectors, developers, mining companies, financiers, analysts, consultants, politicians and other decision-makers from around the world, an expansive trade floor the size of multiple football fields and swanky cocktail and dinner receptions open a rare window on the belly of the beast and its impact on our -increasingly threatened planet.

The entire event is about the gazillions of dollars to be made from yanking the earth’s natural assets from the ground, so attendees are eager to hear about the metal riches of the western Tethyan Belt in eastern Europe.

Bulls and bears (and lessons learned from allocating capital to mineral-sector companies) are prominent here, and from presentations and conversations I get the sense they’re running amok in the China shop.

Analyst upon analyst attributes the fluctuating market prices of everything from nickel and copper to lithium and zinc to demand from Asia’s – and arguably the world’s – most powerful country. Donald Trump’s election has brought heightened uncertainty to global markets. His first few months in office have been marked by executive orders slashing regulations and expediting environmental assessments for infrastructure projects. Time will tell if he gets the wall he’s promised along the Mexican border.

Trump took the world stage at a time when citizens the world over were seething over seemingly self-serving political establishments. Here at the PDAC conference, he’s seen as both a boon and a loose cannon for business interests. Markets generally want certainty because it lets them plan ahead in relative safety. Yet gold markets thrive sensationally in unstable times because investors hoard the precious metal, anticipating a possible financial Armageddon. Expressing his own nuanced sentiment, a grizzled 82-year-old prospector tells me, “Trump and his lies are great – for the price of gold.”

At a session on climate change, the supply of forecasts is ample. Trouble is, the attention seems disproportionately weighted toward economic risks to companies and their projects rather than to the natural capital upon which human and other life depends.

Current projections suggest coastal cities like New Orleans and Miami could be swimming with the fishes within a century even if countries meet agreed-upon carbon emission targets. Yet political wrangling continues with the Kyoto, Copenhagen and Paris accords.

Not surprisingly, the climate change session focuses on ways to reduce the carbon footprint of mining for coal and other resources, even though their extraction, processing and eventual use actually hastens global warming. No one questions whether the earth can afford the oil sands and other unfettered extraction. But even as the permafrost melts and increasingly treacherous ice roads hamper access to northern locales, the extraction sector sees a warming Arctic as an opportunity to unlock its underlying riches.

Ironies notwithstanding, there are flashes of sincerity at the convention. From northern Ontario to Senegal, a handful of companies talk about seemingly genuine efforts to work with local communities to spread the wealth a little more evenly. But at best it’s nuance.

Chiefs from Canadian First Nations communities, which are between a rock and a hard place because of mounting poverty and suicides, pose for photo ops with company executives, signing formal agreements with an industry that has had Aboriginal people -arrested for exercising the right to say no under United Nations protocol of free, prior and informed consent.

Environmental activists try to enter the Convention Centre but are swiftly booted before they can unfurl banners decrying human rights abuses that occur when local communities resist mining operations.

Society needs the wherewithal to produce materials for everyday life. But human activity needs to be sustainable. Ordinary citizens are expected to flatten cardboard boxes for recycling even as coal companies flatten entire mountaintops for profit.

Climate change science is clear. Yet governments and industry often collude to suppress those facts. The default setting, for now at least, is denial. A strong popular and political will is needed to rein in the miscreants who have, in effect, been given a licence to loot.