How the climate crisis can help solve Canadas housing emergency

In the midst of a global climate catastrophe, building environmentally sustainable housing could also build a more equitable world 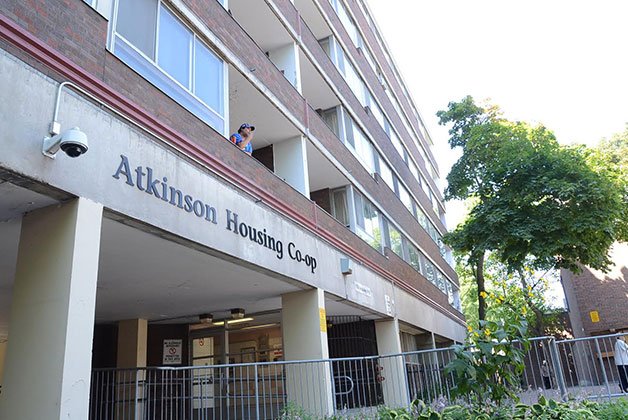 Consider the scenario: You’ve worked hard all your life, but have little to show for it. You often feel like your family is just a paycheque away from poverty. Then the company you worked at for 10 years lays you off and you’re struggling to find decent-paying and stable work. In 2017, more than half of Canadians were living within $200 (or less) of not being able to meet monthly bills.

But then things really start to turn and you now live in a publicly run, carbon-free, rent-controlled building. Utilities are free and the solar array on the roof generates all of the building’s power.

You feel comfortable for the first time in as long as you can remember. You feel tremendous relief knowing that your children will be guaranteed the same high-quality living standards you now enjoy.

How do we build this future? The climate crisis is also a public infrastructure crisis. In the midst of a global climate emergency, building environmentally sustainable housing could also build a more equitable world.

Canadian households account for 6 per cent of total greenhouse gas emissions (three times more than train and air transportation combined). Shifting from a high-carbon and leaky housing stock to a refurbished and efficient one is an essential first step toward securing a carbon-free future. While examples of expansive, beautiful and successful public housing exist, Canada’s public housing history is one of retrenchment, inequality and privatization.

Market-based interventions have failed to address our national housing crisis and will continue to, because they prioritize profit over people. The scale of the transformation required to tackle our housing, public infrastructure and climate emergencies requires the mobilization, complex coordination and accountability that only a community-driven government effort can provide. The task is daunting but we’ve done it before.

In the U.S., serious research efforts are now underway to develop the policies outlined in the Green New Deal, a proposed economic stimulus package rooted in the understanding that the climate crisis is deeply connected to issues of inequality. The GND models itself after the socio-economic reforms and public works projects pushed by labour activists and rolled out by the Roosevelt administration in response to the Great Depression.

In Canada, we’re only beginning to seriously discuss a GND, and nothing of the sort has made it to policy debate.

Today there are roughly 1.7 million Canadians in “core housing need” (which is likely an under-estimate). Unfortunately Canada’s current National Housing Strategy doesn’t plan to decarbonize housing, and the environment is given scant attention.

What’s more, some scholars have argued that it’s not so much a strategy, but a smattering of housing subsidies and programs, many of which require partnership with private developers or matched funding from the provinces.

A GND for housing would particularly benefit those whose current living situation threatens their wellbeing: the elderly, refugees, those struggling with addiction or mental health issues, those experiencing homelessness and people trapped in poverty.

It could even be extended to include wide swaths of the working class. Properly designed, this policy could give everyone the support they need to not only survive, but to flourish.

Any serious bid for a healthy future requires a commitment to both economic and environmental justice. The urgency of the climate crisis demands that we find alternative ways of organizing our daily lives and economy. How we get there, and what our world could look like, is still up to us.

Madeleine Ritts is a community mental health and addictions social worker and researcher at a hospital in downtown Toronto. Her research interests include poverty, public housing, homelessness and the social determinants of health.