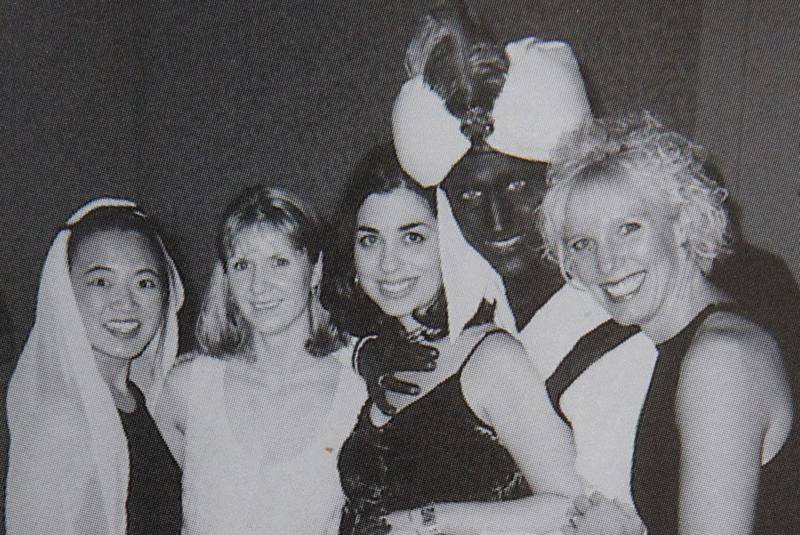 But the spectacle hardly allowed much light to be shed on this praxis, popular with white folks.

Indeed, from the incipient and then actual demise of African enslavement in 1834 in Canada (and 1865 in the U.S.) to the rise of mass media entertainment (radio, movies, television) in the 20th century, the shoe-polished, made-up, fright-wig-wearing, Blackface “fool” – or “thug” – has been a staple of pop culture.

Apparently when white folks don Blackface (or Brownface), it frees them from having to follow the mainstream codes of conduct for everything from grammar and pronunciation to decorum. 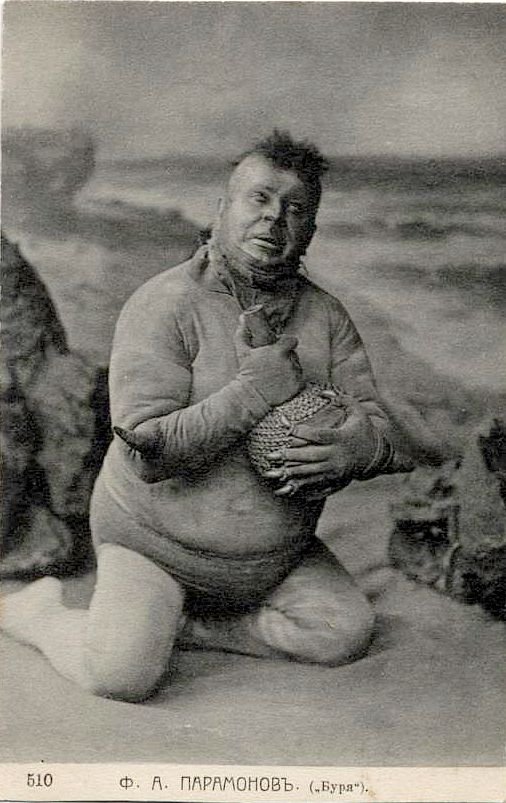 The Blackface is either a harlequin type or Caliban-like. Able to jig, and able to go for the jugular. Conceive the character as being a kind of Oreo cookie: sometimes the filling is vanilla other times, it’s arsenic.

In Black Skin, White Masks, the Martiniquan-Algerian theorist of decolonization Frantz Fanon says that for Christian Europe, Blackness came to symbolize “evil, sin, wretchedness, death, war, famine,” and “darkness, immorality,” “the biological,” “the sexual function,” and in the case of the male, “a terrifying penis.”

U.S. scholar Eric Lott pointed out 25 years ago in Love and Theft: Blackface Minstrelsy and the American Working Class, that white working-class Yankee men turned to performing coon-show antics, to lampoon – while looting culturally – the Black males they could very well otherwise lynch to try to play out their fears of economic dispossession and sexual inadequacy.

So, when the theatrical Trudeau, once a drama teacher, mugs outlandishly as Aladdin – and then seems to enact Golliwog – he re-stages the stereotype of Black male lechery, a perennial excuse for Ku Klux Klan and other anti-Black violence. 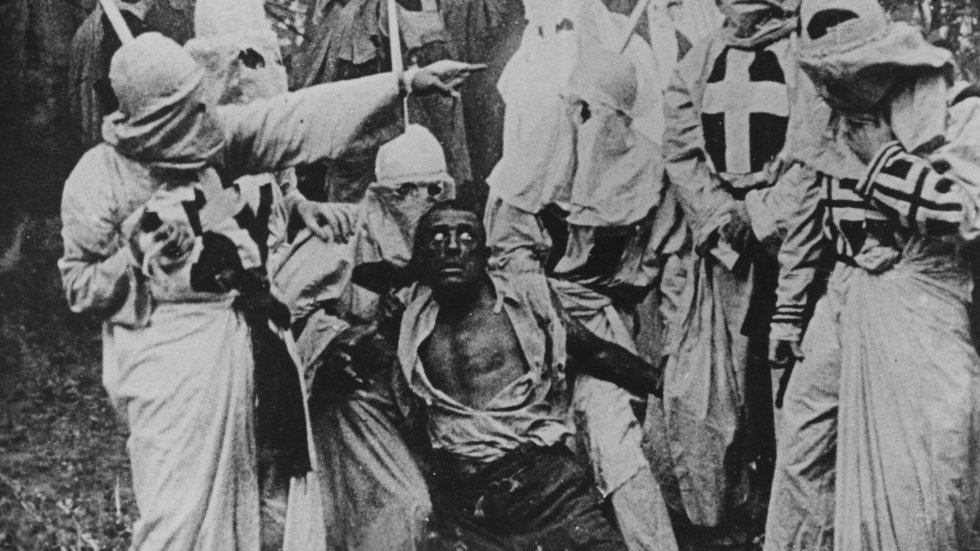 KKK gallops to the rescue in Birth Of A Nation.

That vicious – and pernicious – imagery shows up infamously, but influentially, in one of the first major movies, The Birth Of A Nation, where Gus – in Blackface – attempts to rape a white damsel who chooses to leap to her death from a cliff rather than submit to his villainous lust. Soon, the KKK gallops to the rescue, claiming to be defending white women’s virtue, but really to suppress the voting rights of ex-slaves.

In truth, white fear of both job competition and Black male “potency” served to incite thousands of lynchings of African Americans from the end of the Civil War until well into the Civil Rights Movement. (Witness the notorious lynching of Emmett Till in Mississippi in 1955.)

But there was the positive counterweight of counterfeit Blackness, as employed, for instance, by John Howard Griffin, in his 1961 bestseller, Black Like Me.

His blackness – achieved via sunlamp radiation and chemical creams – permitted the white journalist to go deep undercover (as it were) and report to white America that the “Negroes” truly were oppressed, and that Martin Luther King, Jr. was correct to seek, “freedom, now!”

Nor should we forget Gene Wilder’s slapstick re-animation of Blackface in Silver Streak, the shoe polish applied by a quick-thinking Richard Pryor, who is nevertheless appalled by his buddy’s enthusiastic, instant mimicry of a Blaxploitation-flick-derived ghetto dude.

Trudeau played “innocently” into theatrical modes of negative, racialized masculinity in his recourse to blacking up and clowning for the camera.

Still, race in Canada is not as starkly black-and-white as it is in the United States.

Some might recall that Justin’s papa, Pierre, assumed the styles of other cultures – a beard and turban here, a pair of sandals and a Buddhist pose there – not to mock others, but to signal a potentially radical identification.

Too, P.E. Trudeau considered himself a “Citizen of the World,” thus rejecting the provincialism of Louis St-Laurent’s Canada and Maurice Duplessis’s Quebec. His globe-trotting in those years inspired him to become the Father of Multiculturalism in October 1971.

Then again, black-and-white metaphors have a particular liveliness in Trudeau’s home province of Quebec, and have had since the Quiet Revolution.

In those years, author Pierre Vallières declared Québécois to be “White Niggers Of America” and poet Michèle Lalonde swore, in a 1968 recitation, that Anglo-Montrealers insisted that francophones “Speak White”– meaning English.

Recall, too, that the FLQ urban-guerrilla terrorists in 1960s Quebec modelled themselves on the Black-and-tan-complexioned National Liberation Front (FLN) of Algeria.

Just last year, Robert Lepage got into huge trouble at the Montreal Jazz Festival for using a mainly white cast to perform spirituals – the historical songs of African-American slaves. To the protestors of Lepage’s show, SLAV (pronounced with a long “a”), reproducing African-American suffering in “white face,” as it were, was just as unthinkingly reprehensible as is, for me, our Prime Minister’s not-ready-for-prime-time, “Black” showmanship.

George Elliott Clarke teaches African-Canadian literature at the University of Toronto. His most recent book of poetry is Canticles II: MMXIX (Guernica Editions), which rewrites passages from the King James Bible and auxiliary scriptures.