On May 6, the world learned that up to a million species of plants, animals and insects face extinction. And. 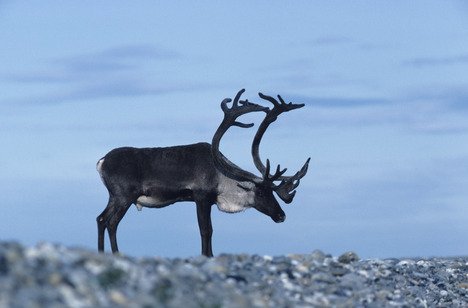 Saving the woodland caribou was one big reason eco groups cut a deal with the forest industry to protect parts of the boreal. But why were native groups not in on the deliberations?

On May 6, the world learned that up to a million species of plants, animals and insects face extinction. And that the scale of the ecological breakdown threatens the food we eat, the water we drink and the medicine we rely on.

According to a new report of the UN’s Intergovernmental Science-Policy Platform on Biodiversity and Ecosystem Services (IPBES) we are witnessing a direct threat to human well-being in all regions of the world.

Dr. Anne Larigauderie, executive secretary of the reporting panel, described the loss of species as a truly global and generational threat to human well-being.

The report, compiled with the input of 145 experts from 50 countries, assessed changes over the past five decades.

Despite the ominous picture painted by the findings, the group says that protecting and restoring our living planet is still possible. Like nature, we are resilient and adaptive. One ray of hope, also emphasized in the UN’s global report, is that many Indigenous leaders like the Lac Simon First Nation in northern Quebec are already getting on with the vital work of protecting the forest and the food, water and culture it provides.

According to scientific experts, we need a fundamental, system-wide reorganization to build diverse new economies while restoring the lands and waters that we all depend on. So far so good. But as the report points out, we can “expect opposition from those with interests vested in the status quo” namely, powerful resource industries.

Awareness of the disastrous state of the planet’s biodiversity is at an all-time high, and Canadians want to do something about it in overwhelming numbers. Yet political action is stubbornly slow and in some cases going backwards. How does this make sense?

The actions of some powerful forestry industry interests in Canada shine a light on whats happening.

After a report I wrote on the impact of logging on threatened wildlife habitat in 2013, Resolute Forest Products sued me, a former colleague and Greenpeace Canada for $7 million. A year later the company sued their own auditors and the Rainforest Alliance to keep an unflattering report from public scrutiny. Other lawsuits followed, including against Greenpeace USA, Greenpeace International, Stand.earth and others. In 2019, the company threatened to sue a small town in northern Ontario for asserting its interest in a local forest.

These nuisance lawsuits, as Human Rights Watch environment and human rights director Marcos Orellana recently referred to them in Newsweek, are a dead end. But they represent the tip of an iceberg of vested interests sinking millions of dollars against efforts of environmentalists to halt the extinction crisis right here in Canada.

A recent meeting of pro-industry groups, right-wing political operators and Conservative Party leader Andrew Scheer reported on by the Globe and Mail reveals just how big the opposition is.

One session at the gathering focused on deploying litigation as a tool to silence environmental critics. Resolute Forest Products lawyer Arthur Hamilton was a speaker. Hamilton is also legal counsel to the Conservative Party of Canada and to Doug Fords Progressive Conservative Party of Ontario. Also among the list of participants was the controversial U.S. conservative operative and one-time Donald Trump special assistant Mike Roman.

And then there are the campaigns of groups representing the logging industry, in particular the Forest Products Association of Canada (FPAC), to obstruct science-based protections for nature.

In 2017, for example, FPAC’s efforts to block government action to recover woodland caribou were exposed. In 2018, U of T researcher Jay R. Malcolm’s academic paper, How Manufactured Uncertainty Is Affecting Wildlife Management, exposed what federal government science advisor Mark Hebblewhite described as “corporate self-interest and bias in discussing and responding to caribou conservation in Canada.

Speaking on an earnings call just two weeks ago, Resolute CEO Yves Laflamme was in an uncompromising mood, declaring protections for caribou a threat to industry.

Meanwhile, Ford has declared open season on Ontarios wildlife, with changes to the provinces Endangered Species Act that will cement exemptions for big business and allow developers to pay a fee to get rid of wildlife that gets in the way of development.

Under the Convention On Biological Diversity, Canada committed to protecting 17 per cent of our lands and inland waters by 2020. We are currently hovering at around 10 per cent. Based on the best available science and in line with a global call for more ambitious protections, leading Canadian environmental organizations are now saying industry and government must commit to a minimum of 30 per cent protection by 2030.

Former Resolute CEO Richard Garneau raised his head after release of the UN report with his own message to environmentalists. They are useful idiots… who blindly serve causes.

Our political leaders need to stand up to these regressive, hyper-partisan and anti-environmental interests. Our survival depends on it.