NOW MagazineNewsFar-right extremism in Canada: are we in denial?

Far-right extremism in Canada: are we in denial?

Home grown and globally connected, there is a lengthy history of organized European hate groups trying to gain a foothold in Canada 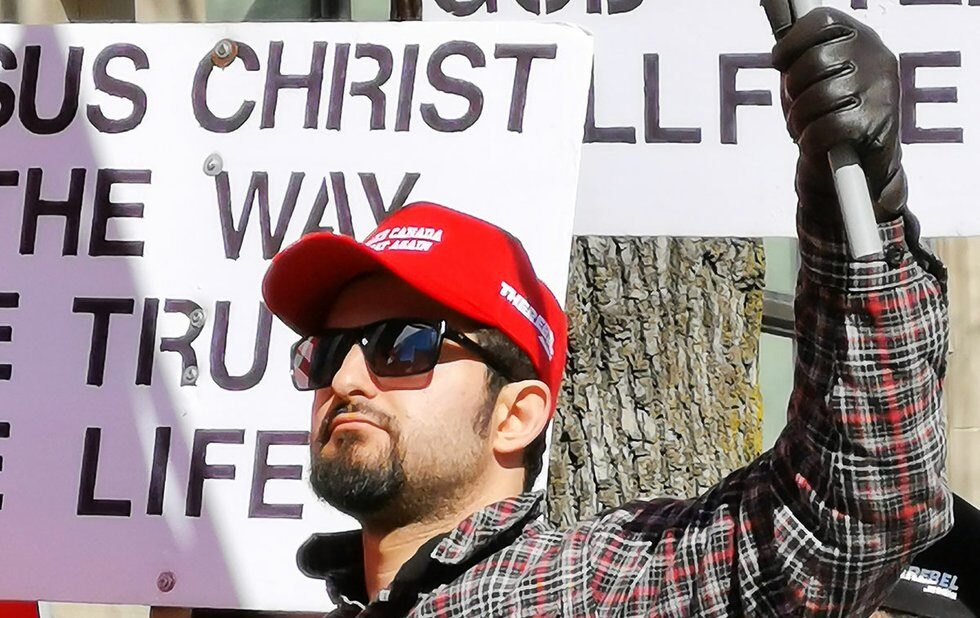 That Housakos’s comments came less than a month after the horrifying murders of 50 Muslim worshippers (and children) by a white nationalist in New Zealand should be enough to underline the absurdity of his statement. The Christchurch shooter, in fact, had travelled widely across Europe, engaging with his white nationalist brethren. There are indisputable links between extreme-right activists throughout the Western world.

And, contrary to deniers like Housakos, it’s also a movement that has infected Canada in both practical and ideological terms.

There is a lengthy history of organized European hate groups attempting to gain a foothold among their compatriots in Canada dating back to the 1970s.

For example, Soldiers of Odin (SOO), who first organized in Canada in 2016, model themselves after their anti-immigrant Finnish counterparts. In a very short period, SOO would boast chapters in most large centres across the country. Both ideologically and organizationally, they borrowed heavily from the Finnish and Swedish movement, a trend facilitated by ongoing engagement on social media that allowed for an influential exchange of ideas. The group was banned from Facebook recently as part of a purge by the social media giant of white nationalist groups on its platform.

Similarly, the Canadian chapter of Pegida, which stands for Patriotic Europeans Against the Islamisation of the West, owes much to its European predecessor.

The acronym comes from the original group established in Germany in 2014 and which by the next year had established chapters in at least half a dozen European countries. As the name suggests, the organization is narrowly concerned with the “replacement” of Christian traditions by Islam and sharia law. To be sure, Pegida demands a reversal of the flow of Muslim immigrants into white Western nations. In Canada there are now five chapters that seek to “show solidarity with Pegida worldwide in advocating for and preserving our freedoms.”

Aside from the organizational links, there are also frequent “exchanges” and visits back and forth among adherents of different white nationalist groups on both sides of the pond.

Avowed white nationalists Faith Goldy and Lauren Southern (both of whom are also former Rebel Media personalities) are frequently heard railing against not just Canadian immigration and multiculturalism, but also migration occurring across Europe. This has earned them frequent invitations on far-right European media and video blogs.

Interviews with European white nationalists are also often featured on Canadian extreme-right social media channels. Rebel Media – the Canadian voice of the extreme right – has recently added an ultra-conservative member of the European Parliament to its list of “correspondents.” Janice Atkinson has spoken loudly and frequently about the “threats” associated with Islam and is a vocal supporter of Tommy Robinson, the former leader of the neo-Nazi English Defence League (and another former Rebel Media personality). Indeed, Rebel Media has frequently provided a platform – through interviews and videos – for European xenophobes. Among them: Austria’s Martin Sellner (Identitarian Movement) and even the Dutch Islamophobe Geert Wilders (Party for Freedom), who has campaigned against the so-called “Islamization” of the Netherlands and compared the Quran to Mein Kampf.

Transatlantic ties, whether formal or informal, are strengthened by online exchanges. Social media borders are virtually non-existent. It is as easy for Canadian white nationalists to engage online with like-minded haters in Oslo, Budapest or Birmingham as it is to connect with those in Canadian cities.

In line with the direct connections between European and Canadian hate groups, Vinland Hammerskins (Canada), “the official and the only Canadian branch of the Hammerskin Nation,” has a page on the international Hammerskin Nation website.

Quebec’s Atalante – one of the most extreme of the extreme groups that can be found there – provides several links to European Identity movement websites.

Similarly, Creativity Movement (Toronto), which promotes “white civil rights” on its blogspot, features numerous links to international groups, such as the British Nationalist Party and European Creativity groups. The blog also regularly posts interviews with prominent white racialists from beyond our borders, such as members of the Croatian racialist band Invictus, among others.

This “strategic connectivity,” as the groups themselves describe it, is among the keys to sustainability for extremist groups.

The ability to network so easily online facilitates ideological affirmation and recruitment globally and allows the hate movement to extend its collective identity internationally, thereby facilitating a global racist subculture.

Indeed, what stands out about so many contemporary white supremacist groups is their allusion to a collective “we.” At first glance, it seems paradoxical, but while they pledge allegiance to particular nation states, they also refer to their imagined nation as the great white homeland.

Other white nationalists pledge allegiance to a more profound mythic white European nation, wherein nationality comes to be defined not by state, geography or citizenship, but race and pedigree.

Online extremists also assert a common lineage. “Old stock” Canadians, the terms that got Harper in trouble when he used it during a 2015 election debate, are traceable to white Aryan cultures of Western Europe.

Kevin Goudreau, founder of the Canadian Nationalist Front, hosted a European Heritage Day Rally in March 2019, highlighting that common heritage. In this way, traditionally “white” nations are linked under a single banner.

A statement of principles on the California-based racialist website of the Asatru Folk Assembly captures this shared identity:

“We may refer to ourselves as Americans or English, Germans or Canadians, but behind these labels lurks an older, more essential identity. Our forefathers were Anglos and Saxons, Lombards and Heruli, Goths and Vikings – and, as sons and daughters of these peoples, we are united by ties of blood and culture undimmed by the centuries.”

Such exchanges announce the collective agency of the adherents, uniting “old world” whiteness with the “white diaspora.”

As British scholar Les Back puts it, “The rhetoric of whiteness becomes the means to combine profoundly local grammars of racial exclusion within a trans-local and international reach that is made viable through digital technology.”

The transnational carrier of white European culture is deftly managed within cyberculture. It provides individuals and collectives – Canadian and European alike – with a virtual meeting place in which they can define themselves as belonging to a distinct national setting within a shared racial lineage. It gives them a place to express and connect with others on the basis of white European chauvinism that serves to then empower and embolden them as part of common cause that is global rather than simply local.

Barbara J. Perry is a professor in the Faculty of Social Science and Humanities at the University of Ontario Institute of Technology and director of the Centre on Hate, Bias and Extremism. She has written extensively on social justice and hate crime.