Canada extends training mission in Iraq with no end in sight 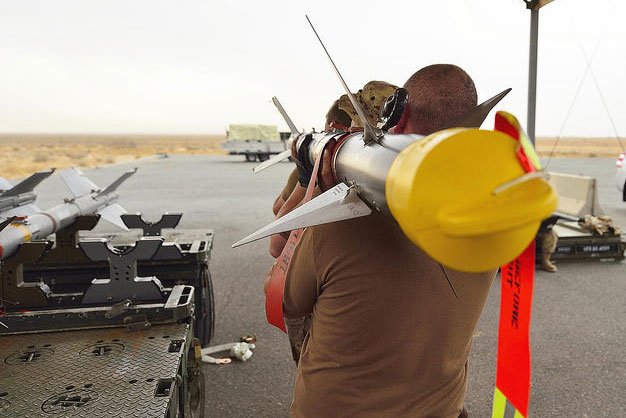 Our Air Force has flown some 2,018 "sorties" against ISIS in Iraq but keeps no count of civilians killed by air strikes.

Most Canadians are blissfully unaware that we still have troops in Iraq, or that back in November 2018 our military took command of the NATO effort to train Iraqi security forces. This training cadre consists of 250 Canadians of a total 580 personnel.

On June 26, the government of Canada announced that we are extending the current mission by a full 12 months to November 2020.

Based largely in Baghdad, this training mission is separate from the Canadian Special Forces deployment in northern Iraq, which continues to assist Iraqi forces as they mop up the remnants of Daesh (aka ISIS or ISIL), which has remained defiant in defeat.

Following the announcement, a lot of media attention was focused on the fact that the mission will soon be commanded by Major-General Jennie Carignan, who will be promoted from the rank of Brigadier-General. A veteran combat soldier with tours in the Balkans and Afghanistan, Carignan will become the first female to command Canadian troops operationally.

By all accounts, she is a superb officer and I’m sure that she and her fellow Canadians will conduct themselves in a most professional manner.

But no one has yet defined what success in Iraq will be in the end.

When the NATO mission was first proposed – and Canada agreed to command it – there was no actual stated objective. It was simply a 12-month commitment of resources and money. Now that has become a 24-month commitment – and still no stated goal.

For example, no one has determined the size of the security force that Iraq needs, or the degree of proficiency to which it should be trained before NATO’s work is considered complete.

From 1980 to 1988, Iraq battled Iran in a bloody war of attrition. In 1991, a U.S.-led coalition destroyed a fully mobilized Iraqi army in the mother of all one-sided conflicts.

That widespread destruction of Iraq’s military was repeated when America invaded again in 2003. No one ever formally surrendered the Iraqi armed forces. The military and police force simply dissolved, and what units remained were disbanded by the new U.S. masters.

As the Iraqi insurgency began to coalesce by August 2003, the Americans began to recruit and train a new Iraqi security force. Over the past 16 years, the U.S. has spent hundreds of millions of dollars, training hundreds of thousands of Iraqis to kill while outfitting them with the necessary weaponry and vehicles to achieve that objective.

Now the NATO brain trust has determined that yet more young Iraqi males need to learn to be soldiers – and Canadian soldiers have been tasked with this fool’s errand.