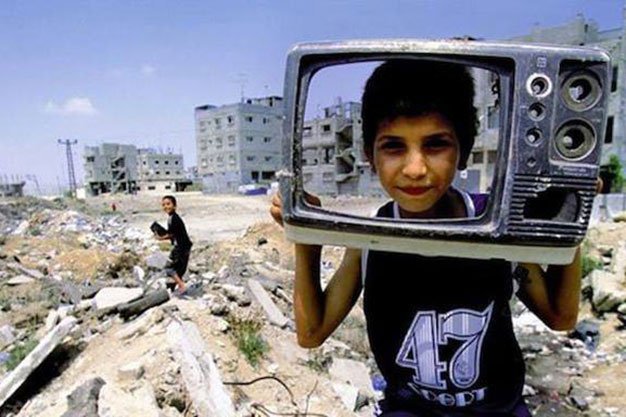 Many critics have argued that the real purpose in adopting the IHRA definition of anti-Semitism is to suppress debates over Israeli treatment of Palestinians in the West Bank and Gaza.

On June 25, Canada became the most recent country to sign the definition of anti-Semitism advocated by the International Holocaust Remembrance Alliance (IHRA).

The Berlin-based group founded in 1998 to promote Holocaust education and research, drafted the definition in 2016 in response to the rise in attacks against Jews reported by organizations such as the Anti-Defamation League and B’nai Brith Canada. The definition was adopted by the European Union in 2017.

As neo-Nazi and white nationalist groups grow in number, achieving a consensus on anti-Semitism is important. But upon further inspection, the IHRA definition may provide a tool for those who wish to stifle criticism of Israel.

Many critics have argued that the real purpose in adopting the IHRA definition is to suppress debates over Israeli treatment of Palestinians in the West Bank and Gaza, as well as Arabs, Africans, and non-Jewish refugees in Israel.

On the surface, IHRA’s definition seems reasonable. “Anti-Semitism is a certain perception of Jews, which may be expressed as hatred toward Jews. Rhetorical and physical manifestations of anti-Semitism are directed toward Jewish or non-Jewish individuals and/or their property, toward Jewish community institutions and religious facilities,” the definition states.

The definition is supplemented by examples of anti-Semitism. These include: “Denying the Jewish people their right to self-determination, e.g., by claiming that the existence of a State of Israel is a racist endeavour” “Applying double standards by requiring of it a behaviour not expected or demanded of any other democratic nation” “Drawing comparisons of contemporary Israeli policy to that of the Nazis.”

These examples raise serious questions. While anti-Semitism should be fought, the expansive definition is dangerous because it can provide a shield for breaches of human rights.

For example, criticism of the overwhelming evidence for Israel’s violations of international law can (and should) be done without claiming that Israel is a “racist endeavour” akin to Nazi Germany. When any country violates human rights, people rise up and express their objections such demonstrations are appropriate in a democracy. There is no double standard here.

When people protest China’s brutality of the Uyghurs, or Myanmar’s attempted genocide of the Rohingya, or Brazil’s murder of the Indigenous leader, Emrya Wajãpi, do they wish to deny these countries’ right to self-determination? Is such protest equivalent to calling each of these countries a “racist endeavour?” When people wish to criticize the Canadian state for ignoring boil-water advisories in hundreds of Indigenous communities, does it come from an anti-Canadian racism? Clearly not.

Applying IHRA’s definition of anti-Semitism makes these implications. It also can be used to curtail fair criticism.

Aidan Fishman, former national director of B’nai Brith Canada’s League for Human Rights contends that support for the Boycott, Divestment and Sanctions (BDS) movement, for example, constitutes anti-Semitism under the IHRA definition. Anthony Housefather, a Liberal MP from Montreal and chair of the House of Commons justice committee, agrees.

So do most members of the Canadian parliament and the U.S. Congress that recently passed Resolution 246 “opposing efforts to delegitimize the State of Israel, and the Global Boycott, Divestment, and Sanctions Movement targeting Israel.”

Fusing the democratic right to protest a country’s operations with “delegitimizing” its existence is a grave political error that runs rampant through pro-Israel lobby groups and their supporters.

In his testimony at the U.S. House of Representatives committee on the judiciary, Kenneth Stern, Director of the Center for the Study of Hate at Bard College in New York, warns against the IHRA definition “being employed in an attempt to restrict academic freedom and punish political speech.”

The IHRA’s definition perpetuates the popular conflation of anti-Semitism and anti-Zionism pushed by American Christian fundamentalists and ethnic nationalists from Brazil to India who admire Israel for the ultra-conservative measures it takes against the Palestinians at its borders – measures they dream their own countries would take.

The strategy is to suppress debate on Israel — not to mention, mobilize an insidious Islamophobia.

This is lamentable and not only because it is antithetical to Judaism’s profound commitment to social justice principles. The growing presence of white supremacists and their attacks on both Jews and Muslims around the world makes the pitting of Jews against Muslims particularly alarming.

The fact is that a growing number of Jews object to Israel’s actions against Palestinians, against the West Bank settlements, and against PM Benjamin Netanyahu’s formation of an ethnostate.

More than 40 Jewish organizations released a public letter opposing the IHRA definition’s equivalency of anti-Semitism and criticism of Israel.

A 2019 survey published by Independent Jewish Voices and the United Jewish People’s Order found that more than half of Canadian Jews (58 per cent) do not see criticism of Israel as necessarily anti-Semitic.

Expressing dissent from the dominant Jewish narrative is not anti-Semitism. It’s a democratic right.

Cynthia Levine-Rasky teaches in the department of sociology at Queen’s University.