Survivors of notorious St. Anne’s Indian Residential School fight their way through the courts and Canada’s legacy of 150 years of colonial rule 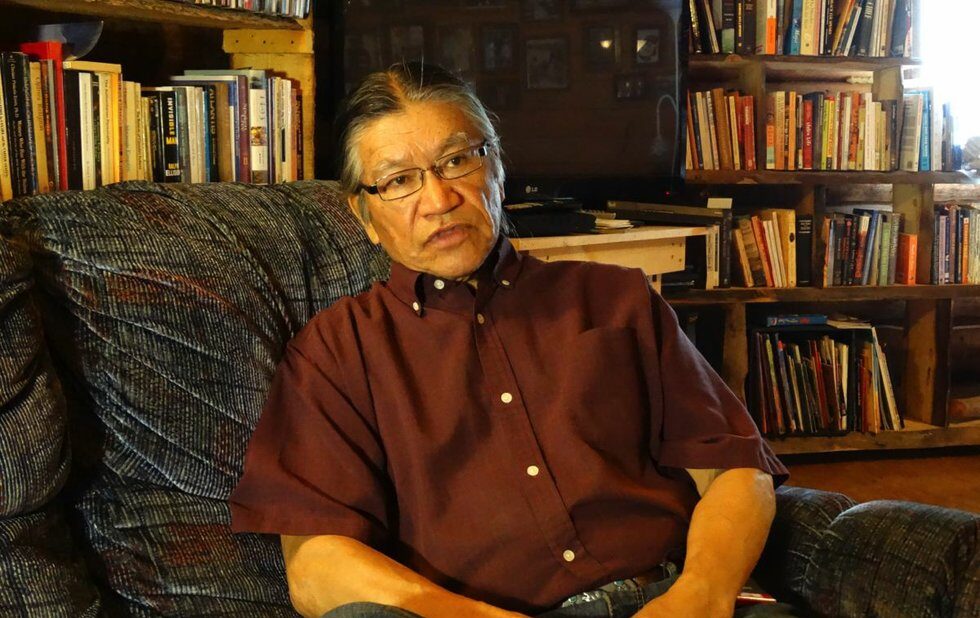 This is tough, Canada.

The centennial in 1967 was a heck of a celebration. For our sesquicentennial, marked by cross-country events this Canada Day weekend, we’re less confident about ourselves. Lots of catchy tunes, but no world party. It feels more like a sesqui-colonial, given the ongoing struggle to reconcile our historical mistreatment of First Nations. The shame is overwhelming.

Generations of Grassy Narrows people are still being sickened by mercury, and waves of suicides continue to claim the lives of young people in Indigenous communities.

Those Indigenous youth who do pursue an education and lives in the mainstream are not safe: police fail to mobilize when women disappear, even when youth are drowned mysteriously in Thunder Bay. The number of First Nations children in foster care today is an estimated three times higher than what it was at the height of the operations of the Indian residential schools system.

The current government policies to address the abuses seem to continue the logic of that sorry chapter in our history, as stated by Duncan Campbell Scott, head of the Department of Indian Affairs in 1920: “to get rid of the Indian problem… to continue until there is not a single Indian in Canada that has not been absorbed into the body politic, and there is no Indian question, and no Indian Department.”

And when we look at conditions on reserves – the lack of access to drinkable water, policing or child welfare – we can see that our institutions have not changed substantively since Confederation in their treatment of Indigenous peoples.

Former Fort Albany chief Edmund Metatawabin had figured that out by 1970. In university, he read Man’s Search For Meaning, a seminal book on the Holocaust by concentration camp survivor Viktor Frankl. The parallels between Frankl’s experience and the residential school where Metatawabin spent his formative years (the notorious St. Anne’s in Fort Albany near Attawapiskat), were, he says, “more than one heart could bear.”

He and fellow survivors talked about organizing a conference, and finally pulled it off in 1992. St. Anne’s survivors carefully gathered their testimonies in the Panel Report On The St. Anne’s Indian Residential School Conference And Reunion, which documents widespread sexual and physical abuse, including the use of a makeshift electric chair to shock students. The thousands of pages of testimony were turned over to Ontario Provincial Police, who conducted a four-year investigation that attracted little fanfare back then.

A news article from 1999 reports five convictions, but sentences were light: a nun convicted of forcing children to eat their own vomit was released without punishment. The 1940 disappearance of three boys who were presumed drowned was never reported until the RCMP came calling a year later.

Then the testimony given by St. Anne’s survivors to the OPP disappeared into the great maw of Canadian bureaucracy. Metatawabin is still trying to recover the documentation through the courts.

A film made this year about that struggle, In Jesus’ Name: Shattering The Silence Of St. Anne’s Residential School, by director Susan G. Enberg, shows that the harm at St. Anne’s “was systemic and systematic, and it’s still being covered up.”

The pain radiates outward from the residential schools and through generations. As Metatawabin told APTN last year, there’s “a straight highway” running between St. Anne’s and the suicide crises in Attawapiskat, Fort Albany and Kashechewan today.

In Stephanie Vizi’s recent film Mistissini Healing, Dayna, a teen living under youth protection services in the James Bay Cree community in northern Quebec, explains the intergenerational effects of the schools in words anyone can understand. “When someone’s hurt, they hurt people – especially people that they love.” Placed far from her own community, she wants to go home.

Youth must be kept safe but also close to their families if the people Canada pried apart are to heal and become families again. But reserves have fewer supportive resources than other Canadian communities. The loss of culture and family continues.

In January 2016, the Canadian Human Rights Tribunal concluded “First Nations children and families living on reserve and in the Yukon are discriminated against in the provision of child and family services” and ordered the feds to provide funding for “immediate relief for First Nations children.” That was in response to a 2007 suit launched by Cindy Blackstock of the First Nations Child and Family Caring Society. But the government still hasn’t complied.

Instead, it spent tax dollars to fight the suit and placed Blackstock under RCMP scrutiny. It was revealed in 2011 that the Aboriginal Affairs department was compiling information from Blackstock’s Facebook page and monitoring her public speaking engagements.

As Metatawabin’s story illustrates, Indigenous people have had to climb and fight their way, step by step, through these 150 colonial years.

“We signed treaties around the turn of the 20th century,” he says. “You can only sign a treaty as a nation. They were treaties of friendship. But unfortunately the bureaucracy, the administration of the Canadian government, turned them into treaties of surrender.”

When he finally made his way home, laid his pain and confusion before his elders and began to reclaim his identity, he was 20 years old. “I want the young people to have an early start,” he says.

My own ancestors were homesteaders – can’t get much more “settler” than me. Maybe they couldn’t see past their own struggling fields, but current generations can.

As long as government is determined to let resource companies foul the water, smash the land and walk away with our shared wealth, First Nations will be treated as a threat.

Only by respecting the treaties and acting like the partners we were meant to be can we protect this beautiful land and guard one another’s human rights.