Canada’s COVID-19 travel restrictions: What you need to know (UPDATED) 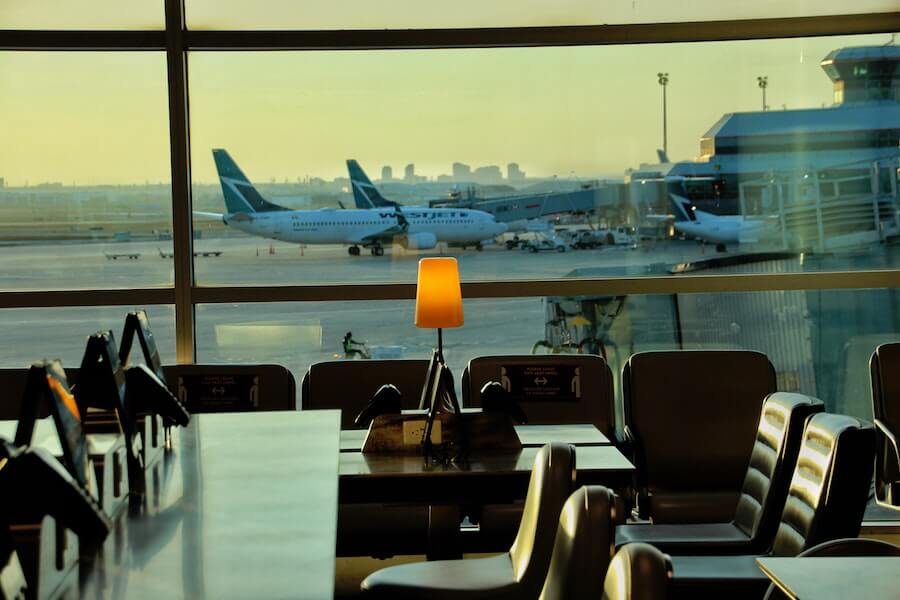 The measures include a suspension of all flights from vacation destinations in the Caribbean and Mexico, the closure of some airports to international flights, mandatory testing and hotel quarantines, and stepped-up surveillance of quarantining travellers.

On top of Ottawa’s new rules, Ontario has also announced new testing measures at Toronto Pearson International Airport as a “stopgap” measure until the federal testing program starts on February 22.

The federal government’s message to Canadians planning to take March Break vacations or other non-essential trips is simple: Cancel your plans.

But if you aren’t going to heed that advice, need to travel for essential reasons or are already overseas, here is what we know about the new travel restrictions in Canada.

What travel restrictions are in place and what is different?

Last March, the government of Canada prohibited non-essential travellers from entering Canada and closed the U.S. border to non-essential visitors. The border closure has since been extended to February 21.

However, there are exceptions to the rules and there are no rules prohibiting Canadians from travelling abroad.

As of January 7, airline travellers heading to Canada must show proof of a negative COVID-19 test within 72 hours of their departure time.

Non-essential travellers must also quarantine for 14 days when they enter the country.

The new measures Trudeau announced on January 29 primarily beef up testing and quarantining protocol upon arriving in Canada.

The hotel quarantine and mandatory testing rules at airports will take effect on February 22.

Ottawa has also come to an agreement with the major airlines – including Air Canada, Air Transat, WestJet and Sunwing – to suspend all flights to “sun” destinations in the Caribbean and Mexico from January 30 to April 30.

On February 22, non-essential travellers at land border crossings must take a molecular test again toward end of 14-day quarantine period.

Why is Canada undertaking the new measures?

The new restrictions are designed to discourage Canadians from travelling abroad for non-essential reasons.

International travel has also become a political issue, with several politicians and public servants at all levels of government resigning over vacations. That includes Ontario’s former finance minister Rod Phillips, who resigned in December after going to St. Barts despite public health officials advising all Ontarians to stay home except for essential reasons.

However, the arrival of the UK coronavirus variant B117 in Ontario has raised alarm bells across the country.

In Ontario, public health modelling predicts the variant – which studies have shown transmits faster and could lead to more severe illness in some people – will be the dominant COVID-19 strain in the province by March.

Although fewer than two per cent of COVID cases are linked to Canadians coming home from abroad, the measures aim to limit spread of variants from the UK, South Africa and Brazil that could complicate the country’s ability to manage the pandemic.

“We saw that one travel case resulted in many, many [UK variant] cases in and around Barrie, Ontario,” Trudeau said. “One case of the variant that comes in could cause significant challenges. That’s why we need to take extra measures.”

What do I need to know if I am already overseas?

Airlines are reaching out to international travellers to organize return flights. Contact your airline for flight info and to find out if refunds are possible.

So far, Air Canada has said it will operate one-way commercial flights from affected destinations after January 31. The airline will also offer passengers full refunds.

If you are flying home after February 3, commercial, private, business and charter flights will only land at the country’s four largest airports in Toronto, Montreal, Vancouver and Calgary.

Previously, commercial flights from the U.S., the Caribbean, Mexico and Central America were flying into other Canadian airports. That will no longer be the case.

The only exception is Saint Pierre and Miquelon.

What is the testing and quarantine protocol?

In addition to pre-boarding tests, Canada is mandating travellers take a PCR COVID-19 test after landing at the airport. Travellers must pay for this test, which is administered by private companies to avoid using public testing resources.

Travellers will then head to a government-approved hotel and wait up to three days for their test results at their own expense, which Trudeau said is expected to be more than $2,000. He added the hotel must be booked and paid for in advance.

On February 12, Health Minister Patty Hajdu said the list of government-authorized hotels will be released on February 18. Each traveller can choose where they wish to stay and the cost includes the room, cleaning, infection prevention and control, security and transportation.

People can leave the hotel sooner if they get a negative test result before the end of the three days. However, costs and payment issues are up to the discretion of the hotel.

Travellers with negative test results can then continue on their journeys, catch a connecting flight or go home to continue quarantining for 14 days, as per government rules.

People who test positive will move to a “designated government facility” in the city they land in to make sure they are not carrying variants and finish their 14-day quarantine. They do not have to pay for their stay at the quarantine facility.

Chief Public Health Officer Dr. Theresa Tam has said that both positive and negative travellers will also be tested again on the 10th day of their quarantine.

What if I am arriving at a land border crossing?

As of February 22, travellers arriving via a land border must use the ArriveCAN app to submit contact info and suitable quarantine plan prior to crossing the border. They must also take another COVID-19 test 10 days after entering Canada.

Canada’s Minister of Public Safety Bill Blair has said 93 per cent of people crossing the land border are essential workers and only about five per cent of people arriving via one of the 117 U.S. crossings are non-essential and thus required to quarantine.

Canadian travellers arriving via land who fail to show proof of a negative test will be sent to designated quarantine facility. Canadians who are already on Canadian soil cannot be denied entry into the country, Blair said.

Foreigners arriving via land that do not have proof of a test will not be allowed to enter Canada.

Why do I have to pay for the test and hotel?

Blair said Canadians should not be forced to pay for the decisions of a few people who decide to go against government advice and travel for non-essential reasons.

“If they are going to make that choice [then] they should bear the full cost and responsibility of all the measures that are necessary to keep Canadians safe as a result of the choices they made,” Blair said of travellers.

Other costs associated with the new protocols include transport, testing, security and “significant measures” to keep hotel staff safe, he said.

“We don’t believe Canadian taxpayers should be on the hook for paying any part of the cost for the choice and the decision that some individual has made to engage in non-essential, discretionary travel,” he added. “Now is not the time to travel. Stay home.”

Blair said there will be substantial fines of up to $3,000 or criminal prosecution if you fail to produce proof of a valid COVID-19 molecular test result.

When will the mandatory testing take effect?

It will take effect on February 22.

However, Ontario has already introduced a mandatory testing as a “stopgap” until the federal testing program gets up and running. Travellers landing at Pearson International Airport in Toronto started taking mandatory tests on February 1 at 12:01 am.

The province is exploring introducing additional testing measures at Pearson and at land border crossings, he added.

What will the increased surveillance of quarantining people involve?

People quarantining at home will now be under “significantly increased surveillance” and enforcement, the prime minister said.

Trudeau said Canada has hired a private security company and “will use its own personnel as well” to keep “a close eye” on people.

Security contractors will do “door knocking” to check on people who are in quarantine, Tam said. The door knocking is gradually expanding from Toronto and Montreal to 35 cities.

Since last March, municipal and provincial police forces across the country – but not the Sûreté du Québec – have been active in helping with surveillance measures and enforcing federal quarantine rules.

“We hope to continue to work with all the police forces across the country,” Trudeau said.

What if I was vaccinated abroad?

Both Tam and Hajdu have said people who have already received COVID-19 vaccinations are subject to quarantine rules.

“There’s still some unanswered questions about the effectiveness of the vaccines in reducing transmission and the duration of protection,” Tam has said. “But we expect those kind of questions to get answered in the coming months.”

She said international travel rules for vaccinated people are the subject of “active discussion” between governments globally.

What if I’m an essential worker who has to travel?

“Perhaps there could be regular testing or other public health measures, individual health measures,” he said. “That’s what we’re analyzing right now. We’re also discussing these options with our provincial and territorial counterparts.”

The pre-arrival proof of a test is a already a requirement for essential workers. The list of exemptions from mandatory quarantine upon arrival in Canada can be found here.

Why aren’t flights to Florida or other destinations cancelled?

Federal Minister of Transport Omar Alghabra said the government looked at the most popular vacation destinations and reached a “voluntary agreement” with the airlines to focus on suspending flights to those places.

Canadians travelling home from the United States will be subject to pre-departure tests and then testing and quarantining upon arrival, he said.