Who knew it could get worse 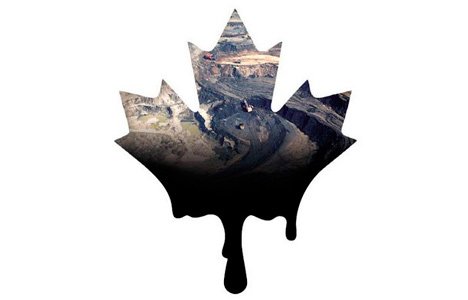 It was already a bad day for Canada yesterday. Who knew it could get worse.

The gov had been brilliantly spoofed by the Yes Men, and tarred with oil sands favoritism by the premiers of our two most populous provinces. Then U.S. Energy Secretary Steven Chiu wouldn’t even get his picture taken with Environment Minister Jim Prentice before their bilateral meeting. And then the CBC broke the leaked cabinet document that shows there were high-level discussions or maybe even plans about seriously reducing the already weak emission reduction targets that the government promised Canadians last year.

In a press conference today, Prentice was quick to say he had no idea what was in the paper and that it didn’t represent Canada’s position. But he also did not rule out giving the tar sands special treatment as a “trade exposed industrial sector” which is a term borrowed from the U.S. Waxman Markey bill. But it doesn’t matter how much he publicly denies or covers up the determination of the Harper gov to continue ignoring its climate change comittments. All his fellow negotiating partners in the talks will have gotten the message loud and clear. Canada’s already the only Kyoto partner to not come close to keep their first round promises. There will be a cost to this bad faith bargaining. It will be our job to extract the price. But the U.S. will be the first cost centre. To deal with their own political problems, they will need to drive as wide a wedge between their position and Canada’s as they can. Just not standing in the same photo ops is only the start.