NOW MagazineNewsWhy on earth would Canadian mining companies want to do business in a war zone?

Why on earth would Canadian mining companies want to do business in a war zone?

Canada’s 12-year military presence in Afghanistan ended in 2014, and even though al Qaeda continues to be a force, Canadian mining interest is back on the radar 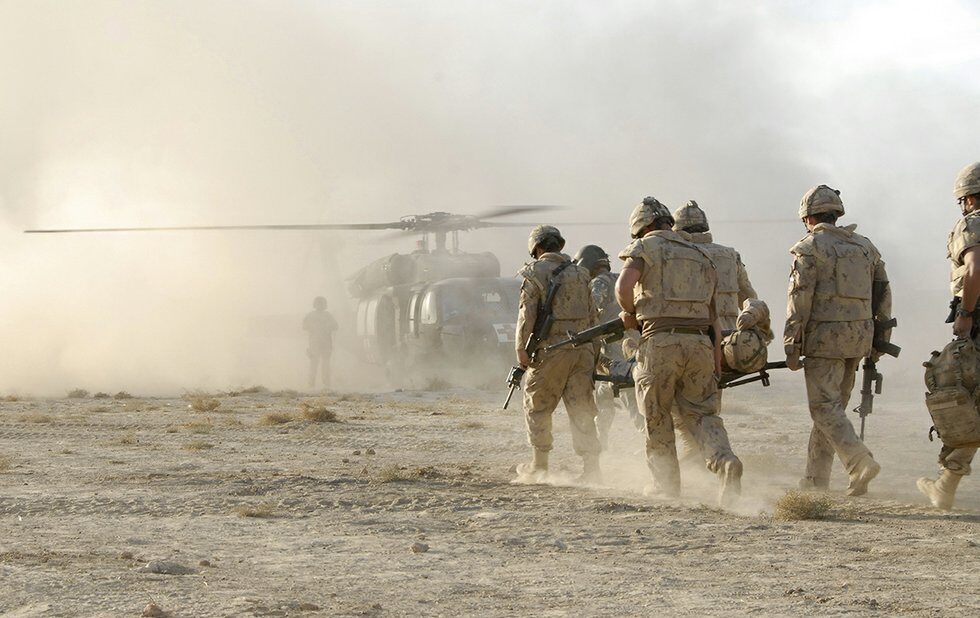 The last time Canadian mining companies showed an interest in Afghanistan, Canada had troops on the ground and the country was riddled with land mines. The question back then was whether Canadian mining operations would exacerbate the conflict and prolong the military intervention.

Canada’s 12-year military presence in Afghanistan ended in 2014, and even though al Qaeda continues to be a force, Canadian mining interest is back on the radar.

At March’s Prospectors & Developers Association of Canada (PDAC) convention at the Metro Convention Centre in Toronto, Atiqullah Nusrat, CEO of the Afghanistan Chamber of Commerce and Industries, declared in a presentation to about 40 potential investors that, “Afghanistan is the land of rising opportunities. Do not waste time. Rush and get the benefits.” The presentation carried the ring of a late-night TV infomercial.

A video shown later billing Afghanistan as “your investment destination at the heart of Asia” unwittingly offered context for NATO’s military intervention – “unprecedented economic growth during the last 14 years” and “one of the most liberal investment laws” in the region.

In 2007, Vancouver-based Hunter Dickinson bid on a copper deposit at Aynak, a former al Qaeda training camp southeast of Kabul, but lost to China Metallurgical Group.

But the company seems to have renewed interest in the region. After the Afghanistan session at this year’s convention, Nargis Nehan, the country’s Acting Minister of Mines and Petroleum (MoMP), confirmed to NOW about meeting with Kilo reps. The company did not return several calls from NOW requesting comment.

Mining is a challenging industry in the best of circumstances. Why on earth would anyone want to do business in one of the most politically unstable regions even if there are significant deposits as varied as marble, talc, gold and precious gems?

Nehan says many projects proposed over the last decade never materialized “partly because we didn’t have the experience… and we didn’t know how to negotiate contracts.”

But she says the current regime has significantly changed how mining concessions are awarded, outlining a streamlined process in which proponents submit a brief conceptual proposal that includes project basics, environmental management plans and benefits to local communities. The MoMP circulates the proposals to various interested ministries. Then, if Afghanistan’s High Economic Council approves, proponents are invited to file a more detailed proposal.

Nehan says this new “transparent” process replaces an older system where companies submitted hundreds of pages of documents and lobbied multiple ministries, with no straightforward path.

During the presentation, one member of the audience asked about the use of government forces to protect mining operations. On that front Nehan was less clear, offering only in general terms that “the government is taking certain measures to protect the security of investors.”

Jack Azimi of Azim Capital in Toronto has mining investments in Africa and says in an interview that as an Afghan-Canadian he would “obviously” consider Afghanistan.

A member of the Canada Afghanistan Business Council, Azimi says security “is not something we can ignore, but underneath all that security and uncertainty there are gems for investment opportunities.”

Given that mining companies around the world sometimes get into trouble for actions taken by government paramilitaries, how might a mining company avoid conflict?

“It’s one thing to set the laws, but to enforce the laws is a bigger issue for a country that can’t even feed its own population [or] pay its police force or the armed forces.”

Jamshid Hussaini, another member of the Council who runs a real estate technology company in Markham, says in a interview that he would consider becoming a shareholder in another company’s efforts but would not want to be directly involved.

“I have an established business here and would prefer to sleep at night,” he says.

A tiny presentation area at the Government of Canada section of the PDAC trade floor was the stage for a similar but more stripped-down presentation on Mali, where the Canadian government recently announced plans to send a helicopter contingent to support a UN peacekeeping force as tensions remain high after a 2012 coup.

“What we hear about Mali in Canada is a little bit depressing but the country is a stable democracy,” says Louis Verret, Canada’s ambassador to Mali, while listing several Canadian companies actively mining gold and other resources there.

At another booth on the trade floor, a representative from one of those companies, speaking on the condition of anonymity, offered his opinion on Afghanistan.

“I actually looked at a project there years ago. But… it’s not an environment that I personally would go toward at the moment,” he says.