On August 19, the Abarca family held a press conference to mark the 10th anniversary of the murder of Mariano Abarca over his opposition to Canadian mining operations in Mexico 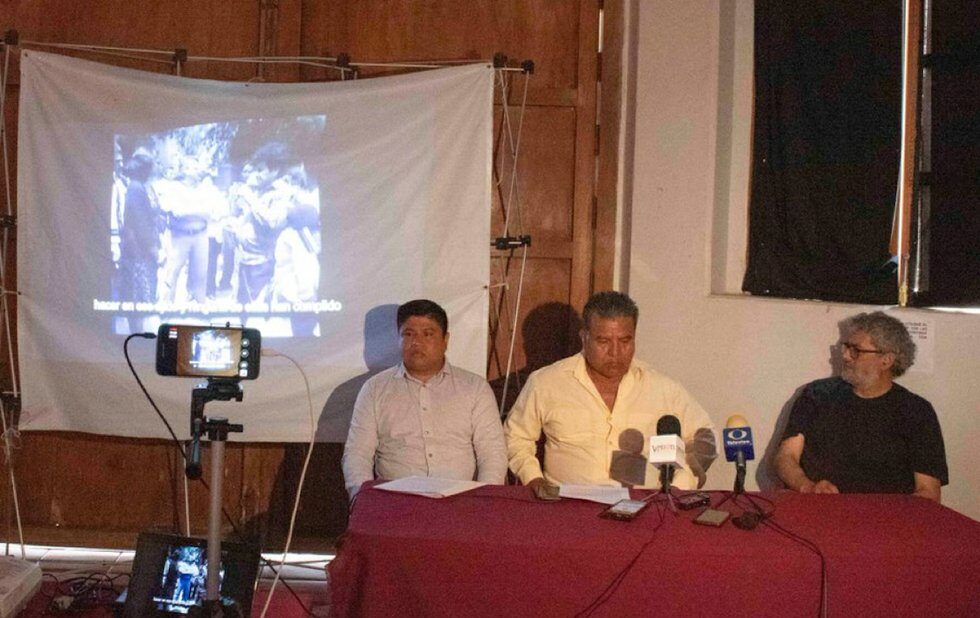 On August 19, members of the Abarca family, along with a number of Mexican organizations, held a press conference in San Cristóbal de las Casas in Chiapas, Mexico, to mark the 10th anniversary of the murder of Mariano Abarca.

The former community leader was gunned down in broad daylight outside his home in November 2009.

The Federal Court of Canada recently decided not to order the Public Sector Integrity Commissioner to investigate alleged “actions and omissions” on the part of officials at the Canadian embassy in Mexico City in the months leading up to Abarca’s death.

Abarca had gone to the embassy to report threats and allegations of harassment against community members in Chiapas opposed to a barite mine in Chicomuselo operated by Calgary-based Blackfire Exploration.

In a 26-page decision published on July 18, Federal Court Justice Keith Boswell conceded that “perhaps Mariano Abarca would not have been murdered” if the embassy had “acted in a certain way.”

But Boswell determined that the integrity commissioner’s decision not to investigate the actions of embassy officials was acceptable.

Moreover, he ruled that it was “reasonable” to conclude that Canadian embassy officials in Mexico did not violate any code of conduct. Officials had travelled to Chiapas to discuss issues with locals and mining officials.

But the judge appears to have based this conclusion on the presumption that Canadian government policies related to corporate social responsibility, corruption, and human rights are not binding on embassy officials.

MiningWatch Canada, which has been advocating on the Abarca family’s behalf, said in a statement that Boswell’s decision was made “without a serious evaluation of the significant public interest in ensuring public oversight of the actions of Canadian public officials engaged with mining conflicts around the world.”

According to Kirsten Francescone, MiningWatch’s Latin America director, the decision of the Public Sector Integrity Commissioner and the Federal Court throw into question whether or not public officials are obliged to follow government policies that have been publicly announced and that appear on government websites.

Abarca and others had lodged numerous complaints with embassy officials about environmental problems at Blackfire’s mine, as well as allegations of human right abuses against company officials.

Abarca was detained by plainclothes police about three weeks after his speech in front of the embassy in response to a complaint filed by Blackfire. Also, three men detained for Abarca’s murder but later released without charge had ties to Blackfire. One of them was later charged and convicted, but that ruling was overturned on appeal.

The Justice and Corporate Accountability Project (JCAP), the volunteer-led initiative of Osgoode Hall Law School and Thompson Rivers University in Kamloops, BC, that has been representing the Abarca family, alleged a “reasonable apprehension of bias” on the part of the commissioner and his decision not to order an investigation into the Canadian embassy’s handling of Abarca’s complaints.

According to  Charis Kamphuis, an associate professor of law at Thompson Rivers University and part of the Abarca family legal team, the Public Sector Integrity Commissioner didn’t bother to read supporting documents submitted by the family.

The case has led Global Affairs Canada (formerly the Department of Foreign Affairs, Trade and Development) to launch Voices at Risk: Canada’s Guidelines on Supporting Human Rights Defenders in June.

Guillaume Bérubé, a spokesperson for Global Affairs, says the document offers practical advice for Canadian diplomats working around the world, and in Canada, to support human rights defenders. Amnesty International calls the document a step in the right direction.

But 15 months after a commitment to create an ombudsperson to investigate Canadian mining abuses abroad, the government has instead created an advisory position reporting to the foreign affairs minister.

Gustavo Castro of Otros Mundos Chiapas, who is also a litigant in the Abarca case, views the federal court’s decision as part of a pattern of impunity under which the Canadian mining industry operates abroad.

“The Canadian government benefits from mining activities abroad and, beyond whether we are right or wrong in the arguments, the failure to substantially consider our case and the refusal to order an investigation speaks loud and clear: they don’t want to investigate their own government.”

Speaking over the phone from the press conference in Mexico, Mariano Abarca’s son, José Luis Abarca Montejo, said he was disappointed with Boswell’s decision.

“We don’t understand how the judge couldn’t recognize that the Canadian embassy could have made a difference in the life of my father,” he said.

“The government is afraid of learning the truth about what its Canadian embassy does in Mexico. This is not just happening in Mexico but in all of Latin America,” he added.