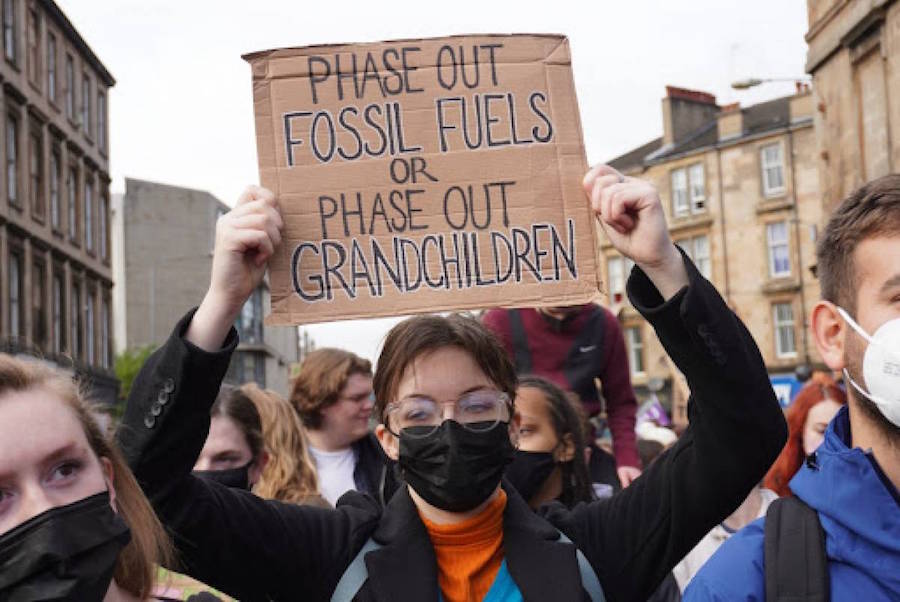 Younger people are among the most pessimistic about COP26, according to the Angus Reid Institute.

Most respondents to a new poll have a bleak view of the UN climate conference COP26 in Glasgow.

Chinese president Xi Jinping and Russian president Vladimir Putin are not attending the conference. Their countries rank first and fourth, respectively, in annual emissions. The United States is second and India is third. Canada ranks 11th.

Canada, however, is among the highest per-capita emitter among western industrialized nations, surpassed only by Australia.

The poll also showed that 19 per cent of respondents feel that natural changes are driving the warming of the planet. That’s down from 24 per cent two years ago.

This belief has been adamantly rejected by the Intergovernmental Panel on Climate Change, which has concluded that human activities are “the root cause of global warming.”

The planet is about 1.1° C warmer, on average, than it was at the start of the Industrial Revolution. The Paris Agreement in 2015 aimed to limit overall warming to 1.5° C.

British Columbia had a taste of what a 1.1° C world felt like this past summer with a record breaking heat wave, which killed nearly 600 residents, and out-of-control wildfires.

Slightly more than half of respondents in the Angus Reid poll do not believe the government is doing enough to address “climate change.”

The institute’s report did not use the term “climate emergency” or “climate breakdown,” which are two terms preferred by activists and British newspaper the Guardian. However, the Angus Reid report made one reference to the “ecological crisis.”

“Perhaps more disturbing, a majority of Canadians appear resigned to the fate of a warming planet and the ecological crisis unfolding,” the report stated. “Half say global efforts will ‘probably not’ help to reverse the effects already being felt – from severe weather events, to floods and forest fires – while one-in-five (19 per cent) say it’s either already too late or that they have no faith at all in mitigation efforts.”

These views were more pronounced among younger people. Only 18 per cent of female respondents under 35 expressed a belief that the effects of climate change can be mitigated or reserved. For men under 35, that rose to 31 per cent.