Hundreds flocked to Tyendinaga Mohawk Territory over the long weekend for the inaugural Indigenous Cannabis Cup – and judging by the scene, Ontario Cannabis Stores will have some competition from on-reserve dispensaries when legalization hits 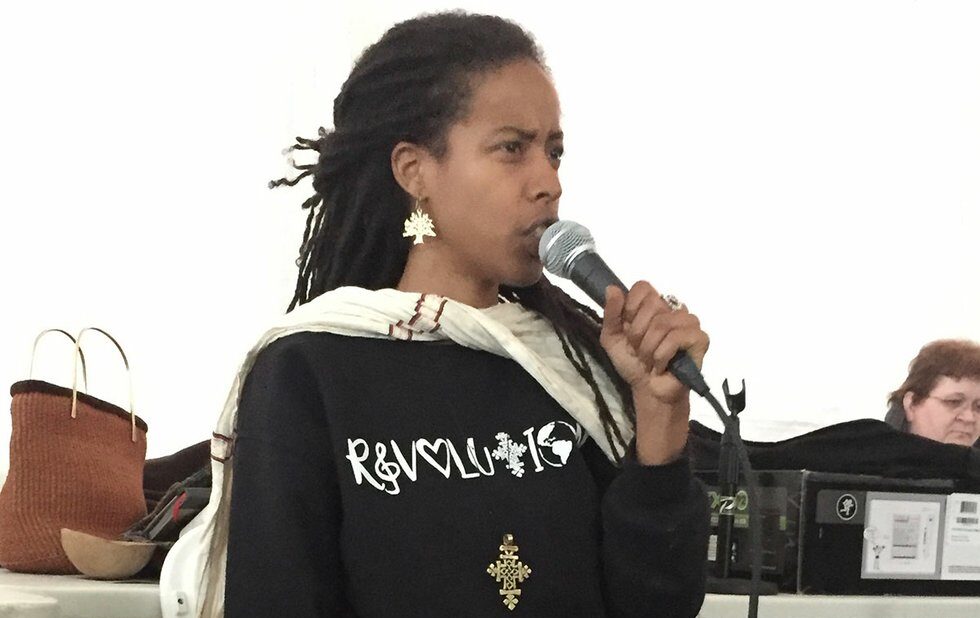 Craft cannabis makers from PEI to Vancouver came out to show off their wares and smokables. And judging by the scene, there’s no question that Ontario Cannabis Stores (OCS) will have some competition from on-reserve dispensaries – which currently carry some of the finest craft cannabis in Canada – when legalization finally hits.

Beyond the huge supply of edibles, there were quads upon quads of BC bud. Most dispensaries with vendor tables bragged about their lab-tested supply being grown out west, but local growers were also present with clones and limited-edition genetics.

The number of available strains and products far outnumbered what’s currently available to medpot patients through licensed producers (LPs). But the priority here was on a full spectrum of cannabis extractions as well as traditional medicine, including herbal salves and tinctures.

Attendees were treated to workshops, including a special address by Bob Marley’s granddaughter Donisha Prendergast (who was in the news recently for experiencing racism at a California Airbnb). She encouraged the gathering to assert their Indigenous rights and keep up the fight. While her grandfather may have written the soundtrack for the revolution to legalize it, it’s up to us, Prendergast says, to walk the walk when it comes to extolling the virtues of ganja. 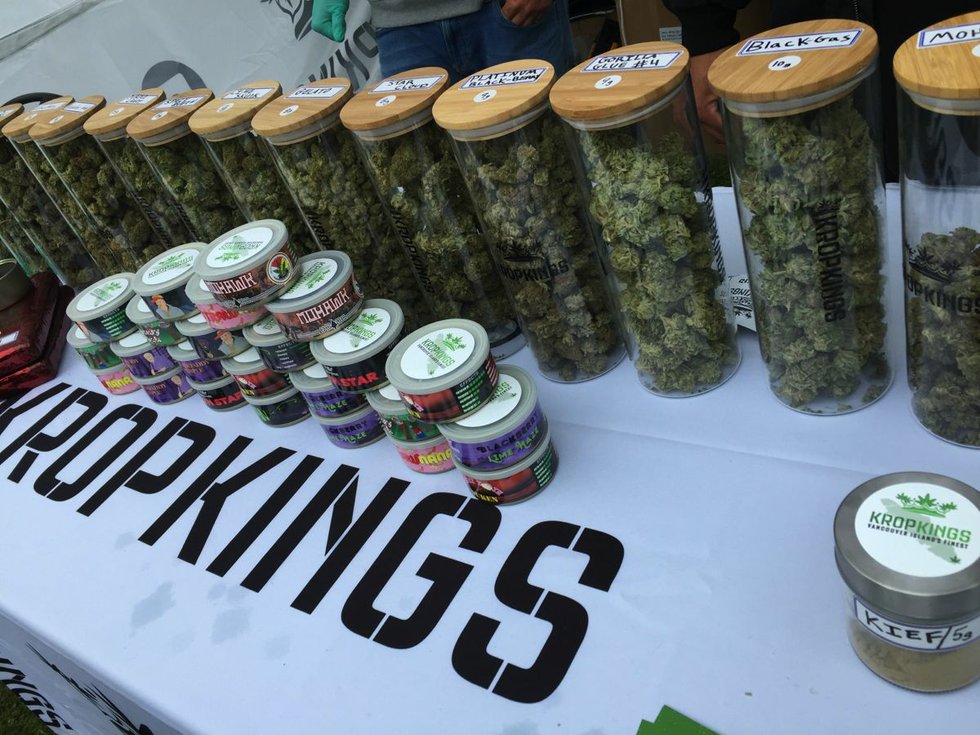 Part of the selection of smokables at last weekend’s Indigenous Cannabis Cup.

Other presenters included Tyler James, a director of the Ontario Cannabis Consumer and Retail Alliance, who talked about Eden dispensary’s opiate substitution program.

The one LP scheduled to participate pulled out because of the grey market vendors onsite. Other LPs and licensed retail chains who’ve already partnered with First Nations also took a pass on the weekend of civil disobedience.

Many band councils are voting against bringing legal weed into the community, but LPs are still using a loophole that allows the prioritizing of Indigenous applications to form partnerships.

Jamie Kunkel, founder of the Indigenous Cannabis Cup and owner of local dispensary Smoke Signals, shared his story of resistance. When asked about what future models of legalization should look like, Kunkel talks up local, autonomous regulation for and by Mohawk dispensary operators. Tyendinaga seems to be embracing the opportunity, with dispensaries and lounges lined all up and down the main highway into the reserve.

It seems like cannabis paradise compared to Toronto. The local smoke shop, Deb’s, doubles as a restaurant, and you can even smoke and vape inside. Across the parking lot, Smoke On the Water has a lounge with pool table. Open late, the dispensary looks like a bar with fancy lights that flash to the beat of the music. Usually you can buy clones here, but they’re all sold out because of the Indigenous Cannabis Cup.

Indigenous communities have been autonomously governing plant medicines since pre-colonial times and have won the right in court to practise their cultural traditions and be consulted on any legislation or development that impacts them.

These Indigenous rights were extended to both Métis and “non-status Indians” after the Supreme Court’s Daniels decision in 2016 but have yet to be integrated into provincial policy. As a consequence, some Indigenous communities want to put a hold on legalization, with the Senate Committee on Aboriginal Peoples calling for a one-year delay to allow for further consultations with Indigenous communities.

Some, like the Kahnawake Mohawk Territory straddling the Quebec-New York border, have called for a moratorium on the production, distribution and sale of cannabis until they come up with their own local policies.

There are already several dispensaries and greenhouses popping up on the reserve, but Chief Gina Deer of the Mohawk Council of Kahnawake says that the council will only support licensed cannabis businesses. There is no federal licence for dispensaries planned. So until there are local regulations in place in Kahnawake, those in the grey market will have to answer to the local peacekeepers as Quebec provincial law does not apply on reserves.

Back in Ontario, there have already been raids on dispensaries on Six Nations reserve.

Other First Nations are taking an alternative to the enforcement approach, partnering with retail chains and licensed producers to be apart of the federally and provincially licensed industry.

Huge retail chains including Canada’s National Access Cannabis and Native Roots Dispensary from Colorado have partnered with First Nations in Manitoba and Ontario, yet Métis groups were not granted licensing in their own territory of Manitoba, the land promised by Canada to the Métis Nation.

Métis cannabis company Seven Oaks, which has applied to become a licensed producer, was unsuccessful in its bid for retail in Manitoba, thus pivoting to become a federally licensed processor relying on existing supply agreements with LPs to create quality cannabis products named after a Métis battle site. While not permitted to retail in their own traditional territory, their Métis-branded products will be available across Canada.

Ideally, craft products including edibles and extracts will be licensed in the near future, so storefronts on reserves can cast off the prohibitionist fear of future raids.

In the meantime, the local community of storefront owners on Tyendinaga Mohawk Territory are united in self-regulation while pushing for Indigenous participation in the emerging legal industry.