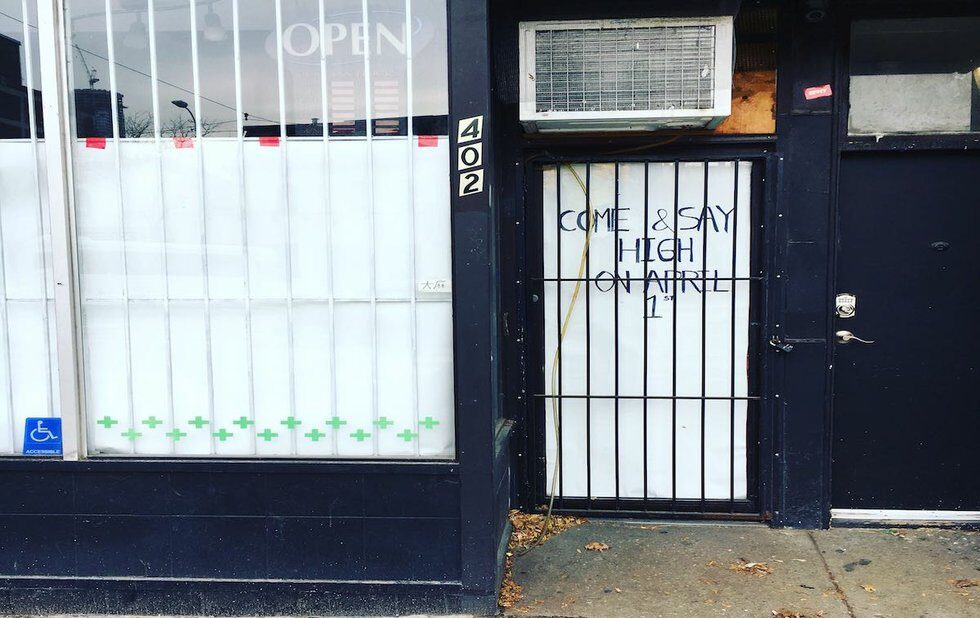 Pot dispensaries operating in the grey market had agreed to close ahead of legalization October 17 on the promise they'd be allowed to participate in the legal market in Ontario.

Twenty-five people and a handful of numbered companies, very few of whom appear to have any experience or connections to Canada’s cannabis industry, were granted what was being called “a golden ticket” when they won the Alcohol and Gaming Commission of Ontario’s lottery for cannabis retail licences last Friday, January 11.

Nearly 17,000 people threw their name in a contest that can only be charitably viewed as one of the most unorthodox approaches to legalization in history – or a blatant attempt by the Ford government to ensure legalization fails in Ontario.

None of the companies that had been betting big on the Ontario market – including Meta Cannabis Supply Co., Fire & Flower and Spiritleaf, all of which have experience operating private stores in Western Canada – were among the winners.

In fact, virtually none of the winners have a shred of name recognition within the cannabis industry. So that means that in a province with an estimated 2 million cannabis users, the entire retail market will be in the hands of 25 relative newcomers.

Says Toronto-based cannabis lawyer Caryma Sa’d, “Why would we uproot an industry that existed? People who know how to work within it are now unable to participate because of an artificial limit on the number of licences.”

It wasn’t supposed to be this way. The original regulations released by the Ford government in early December capped the number of stores that can be owned and operated by a company at 75 but placed no limits on licensing or franchising of brands through storefront operations.

But less than four days before companies were expecting to submit applications for retail locations, the Ford government switched the rules and called an audible: they cut the number of stores to 25 and essentially raffled off the industry to anyone with $75 and enough time to write an Expression of Interest.

Next to no one in the industry sees the lottery results as good news for the bud biz or the future of legalization.

“Realistically, there’s nobody who wins,” says Christian Borys, an industry observer who runs the website The Cannabis Complex. “It’s a shit show all around.”

Borys describes the lottery as “essentially like a Charlie and the Chocolate Factory scenario, where 25 people just got insanely lucky.”

He calls the outcome “a failure all around. It’s bad PR for the government obviously, it’s bad for entrepreneurs, and it’s bad for the consumer.”

Says Farrell Miller, who is articling with cannabis law heavyweights Lewin & Sagara LLP, “I wouldn’t be surprised – and I wouldn’t blame them – if these illegal dispensaries open their doors back up.”

Many had closed ahead of October 17 because the government’s regulations allowed them to participate in the legal market as long as they stopped before then.

“They essentially took the deal,” says Miller. “They shut their doors and decided Ontario’s open for business and this is a real possibility to participate legally.” Now if they applied, they’d be somewhere in a wait list that has more than 16,000 names on it.

But before any of the luck of lottery winners turns into a payday, there’s work to be done. Lottery winners have until the end of the week to submit a complete application, including proof of a lease offer, a $6,000 non-refundable fee and a $50,000 letter of credit.

Most will have to apply to run stores as sole proprietors – a far from ideal business arrangement that means personal assets and liabilities are exposed through the business.

Many of them, says Miller, have already started looking around for help. And companies with deeper pockets (and existing plans) are already knocking on the doors of the lottery winners. “People who have basically created turnkey stores, they’re going to come calling on these winners to make them offers and be like, ‘I have a store ready for you.’”

Those offers would be their own windfall for the winners. Rumour is, the offers are as high as $5 million. But those partnerships would be risky for the corporations involved. Regulations stipulate that license holders have to be operationally involved in their stores, so they can’t just hand over the keys to the highest bidder.

Other companies are pressing pause on their plans for retail stores. Tom Dyck, CEO of Ontario-based mihi – which had plans to open up a chain of 40 retail stores – landed 272nd on the wait list for the East Region.

This makes it astronomically unlikely that the company will get to open one of the first 25 stores. He says that mihi is prepared to wait it out, that the company is “in it for the long game” and called the rush to land a partnership with a lottery winner “an interesting side distraction for us.”

The winners of the lottery are now in a position where they have to shepherd Ontario into a world where you can legally buy weed at a store. That’s no small proposition.

“If you’re one of the few 25 that are out in the very early days of the industry’s formation, how you operate can have a material impact on how communities respond to the industry, how regulators respond and, quite frankly, how consumers respond,” says Dyck. “They have a responsibility in my view that goes well beyond their good fortune.”