Caster Semenya and track and field’s white notions of femininity

On the question of athletes’ eligibility to compete in women’s events, global attention has focused on athletes whose appearances do not conform to Western ideas 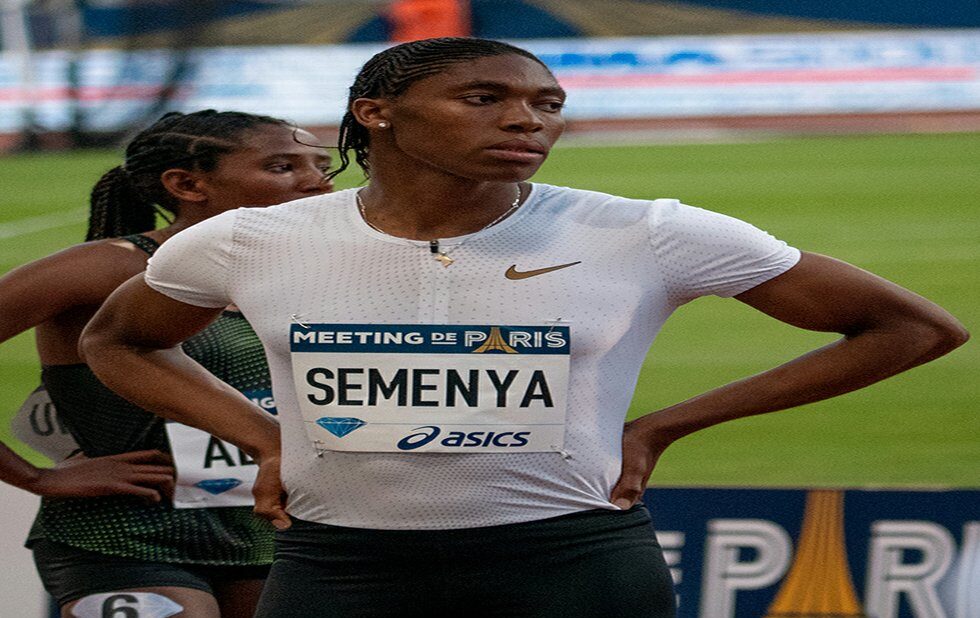 On the question of athletes’ eligibility to compete in women’s events at the Olympics, world championships and other top-level competitions, global attention has focused on track and field athletes whose appearances do not conform to white, Western notions of femininity.

Some of these women failed drug tests because of high testosterone levels and were subsequently “diagnosed” by sports medicine experts as having a “disorder of sexual development” (or DSD) – now termed more benignly a “difference of sexual development.” A common DSD is hyperandrogenism, which is caused by high levels of naturally occurring testosterone, often incorrectly called “the male hormone.”

The hyperandrogenism controversy surrounding South African middle-distance runner Caster Semenya began in 2009. Following her success in the World Championships and complaints from other athletes and coaches about her gender identity, the International Association of Athletics Federations (IAAF) subjected her to months of invasive medical procedures before allowing her to compete. To add insult to injury, the IAAF released intimate details of her health status and physiology to the media.

The IAAF’s regulations on hyperandrogenism drafted in 2011 made the bold (and inaccurate) assertion that sex difference in performance “is known to be predominantly due to higher levels of androgenic hormones in males resulting in increased strength and muscle development.”

Supporters of the new rules, especially white athletes and coaches, relied on the “level playing field” argument, which set the stage for a series of disastrous decisions for young female athletes.

After the 2012 London Olympics, four female athletes aged 18 to 21, all from rural areas of developing countries, were told they could not compete without medical intervention. They agreed to surgery to remove internal testes and were sent to a French hospital that collaborated with the IAAF to treat athletes with DSDs.

The medical team “proposed” additional surgery that bore no relationship to these women’s athletic ability – “feminizing vaginoplasty” and partial clitoridectomy – as well as estrogen replacement therapy.

In 2013 a group of 10 doctors, including the IAAF-affiliated sports medicine specialist Stéphane Bermon, published a study exploring whether these women’s high levels of testosterone would reveal “undiagnosed XY DSD.” Responding to the study, UK sports scientist Peter Sonksen and his colleagues raised serious ethical concerns about the surgery, which they described as “genital mutilation.”

Then came the case of Indian sprinter Dutee Chand. Instead of agreeing to unspecified and unnecessary medical interventions, Chand appealed to the Court of Arbitration for Sport.

The CAS panel, headed by Annabelle Bennett, a former judge with a strong science background, agreed with the broader scientific community that there was “no single determinant of sex” and found the IAAF regulations to be discriminatory.

The decision suspended the regulations for two years, and required the IAAF to submit expert evidence of the actual degree of performance advantage for women with hyperandrogenism.

The IAAF’s 2018 revised DSD guidelines were loosely based on the Bermon team’s findings that higher testosterone levels conferred an advantage on female runners in specific track events (the 400, 800 and 1,500-metre races), a conclusion that has been challenged by several sport scientists. Chand runs the 100 and 200-metre races, but Semenya competes in 400-, 800- and 1,500-metre races.

As many critics have pointed out, the new IAAF policy is suspiciously selective. For example, why are pole vault and hammer throw excluded, even though Bermon’s team identified them as events where higher testosterone was an advantage?

Semenya challenged the IAAF’s revised guidelines in 2018. Her appeal to the Court of Arbitration for Sport (CAS), launched with Athletics South Africa, challenged the validity of IAAF regulations requiring her to medically lower her testosterone level in order to compete in women’s events. On May 1, the CAS rejected her appeal.

At this point, only the executive summary of that decision has been published, but it makes some curious claims.

First, it acknowledges that the IAAF regulations are “prima facie discriminatory” and that they target “a group of individuals who have certain immutable biological characteristics.”

It then goes on to examine whether the regulations are “a necessary, reasonable and proportionate means of attaining a legitimate objective” and concludes, after accepting the binary division of sporting events, that they meet that requirement. The summary also notes the panel’s “serious concerns about the future practical application of the DSD regulations.”

It’s hardly a ringing endorsement. Significantly, one of the three panellists expressed a dissenting view. But CAS is not an actual court. It’s an arbitration tribunal – as its French name, Tribunal arbitral du sport, suggests.

The panel of three arbitrators is chosen from a closed list of lawyers. They are not required to have human rights experience. The arbitrators hear from each party, their counsel and expert witnesses.

In Semenya’s case, the experts came from gynecology, endocrinology, pharmacology, exercise physiology, statistics and medical ethics, but there has never been consensus on questions of gender identities, women’s “normal” hormone levels, and the alleged “testosterone advantage.”

The Olympic Charter states that any Olympic Games-related dispute “shall be submitted exclusively” to the CAS. This means that athletes who challenge decisions of sports governing bodies on issues like doping or eligibility cannot appeal to human rights tribunals or law courts in their home countries.

In the real world, this system is called forced arbitration.

CAS claims to be independent, even though the International Olympic Committee provides it with financial support, influences appointment of arbitrators and can make changes to CAS statutes.

According to the CAS Code, the Swiss Federal Tribunal is the only court that can exercise any influence over CAS decisions – and it has on rare occasions overturned a CAS award on procedural grounds. Semenya has 30 days to lodge an appeal with the SFT, and it seems likely she will do so.

She could also appeal to African human rights tribunals, and the United Nations Human Rights Council may play a role in the future. The World Medical Association, which has just warned doctors that enforcing the IAAF regulation is a breach of ethical codes, would no doubt support her appeals.

But if she were a citizen of Europe, a European court or human rights tribunal could overturn the CAS decision.

As it stands, the CAS is giving the IAAF a green light to discriminate against these gifted sportswomen, simply because the existing structure of IAAF sporting competition is based on the two categories of male and female, and athletes must fit into one or the other.

Obviously a solution that ensures fairness cannot be left to any sport governing body. At its core, it is a question of human rights.

Helen Jefferson Lenskyj is professor emerita at University of Toronto and author of the recently released book Gender, Athletes’ Rights, And The Court Of Arbitration For Sport (Emerald, 2018).