Despite court victories and long-promised amendments to C-51, agencies that work in the shadows like CSIS and the RCMP still wield extraordinary powers over our privacy rights 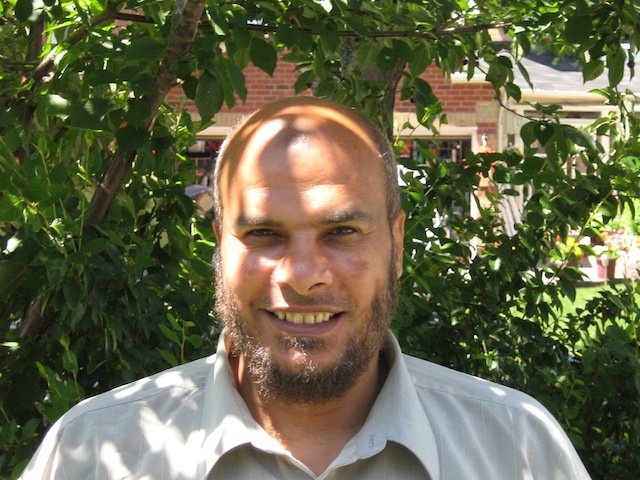 As the Trudeau government considers long-promised amendments to the Harper regime’s notorious C-51 “anti-terror” legislation, Canadians have been invited to participate in an online consultation ahead of 2017 parliamentary hearings.

This complex policy area includes everything from financing terrorism and “investigative capabilities in a digital world” to “domestic national security information sharing” and “procedures for listing terrorist entities,” topics not normally the focus of dinner-table conversation.

But it’s more than familiar territory to Mahmoud Jaballah, a former Scarborough school principal who’s spent most of the past two decades jailed without charge or under house arrest. Held under Canada’s secretive security certificate regime – a Kafkaesque procedure that allows Ottawa to indefinitely detain non-citizens and conduct secret hearings based on undisclosed national security allegations – he was finally cleared in May when Federal Court Judge Dolores Hansen declared the case against him “unreasonable.”

In dismissing the case, Hansen also concluded that the government had failed to establish any “serious question of general importance,” closing the door to any reconsideration of her verdict.

It was Jaballah’s second victory against allegations linking him to Al-Jihad, an Egyptian-based terror group, that had dogged him since he was first arrested in 1999. He was held for seven months at that time, and the dismissal of his certificate later that year was only the second such case to win at the Federal Court.

But he was arrested again in August 2001 when spy agency CSIS offered a new interpretation of a case already dismissed as not credible. The Egyptian refugee, a survivor of the torture chambers of former Egyptian president Hosni Mubarak, spent the next 15 years fighting the security certificate process, which the Supreme Court declared unconstitutional in 2007. The government responded by modifying the process to allow security-cleared lawyers some access to the secret hearings.

This past summer, in addition to connecting with his 10 grandchildren via cellphone selfies and text messaging, which he’d previously been prohibited from accessing, Jaballah booked the family trip he had dreamed of for 20 years. Following a flight out of Pearson Airport, they enjoyed a week-long road trip through Alberta and British Columbia.

“The Rocky Mountains were amazing,” he recently enthused, though he was constantly worried about running into moose and other wildlife on the highways. “Canada is a beautiful country. It was good to see some of it finally.”

But when the family showed up at the Calgary airport for their return flight home, Jaballah was pulled aside, held for secondary questioning and refused boarding.

“Why do they let me go but they don’t let me come back?” he recalls asking airline staff, who simply shrugged and said they had no answers.

He pressed for information, after which he was shown a standardized, one-paragraph form faxed from Ottawa referencing the Secure Air Travel Act (Canada’s no-fly list). Consistent with the secretive nature of the program, no reasons were listed. He was forced to head to car rentals and make the 40-hour drive home.

It was a chilling reminder for Jaballah that – despite his court victories and the change in government – agencies that work in the shadows (like CSIS and the RCMP) continue to wield extraordinary powers that affect the privacy rights and liberty of everyone in the country.

While much national discussion and protest erupted when C-51 was first introduced, the Liberals have been slow to revisit some of the new powers granted to spies to “disrupt” perceived security threats. Nor have they addressed fears of taking part in an online survey, since the ability to track IP addresses might bring Mounties to the door of those who express controversial opinions.

Despite those concerns, anyone viewing Snowden, Oliver Stone’s new movie about the chilling surveillance documents revealed by the former U.S. National Security Agency contractor, may nonetheless be heading online to express their opinions about bulk collection of emails and cellphone conversations.

Indeed, Canada’s own Communications Security Establishment was found in 2014 to have collected massive amounts of such data at airports, cafés and a variety of other WiFi locations, and that agency’s review body last July noted a 26-fold increase in intercepted communications. CSIS, too, was recently called on the carpet for engaging in bulk data collection without specific guidelines, and last month suspended the practice pending development of new rules.

On the long drive home from Calgary, Jaballah wondered if such mass surveillance practices may have led to his sudden appearance on the no-fly list. “I try to live normal life, but then I wondered: are they still listening? Did they see the texts I sent that I travelled safely? Did they see the pictures I sent from Alberta?”

When he eventually arrived home, he had to deal with other bad news. Federal lawyers had filed a motion seeking to have his victorious court decision overturned. The Federal Court of Appeal rejected that motion last week, calling the case “closed.” However, Jaballah still must fight against the no-fly listing, which, under C-51, operates via a secretive process almost exactly like that of the security certificate regime.

The residue of cases like Jaballah’s provides a potent reminder that, intimidating as C-51’s new provisions may be, they often build on pre-existing security measures already wielded mostly against Muslims for the past 15 years.

Jaballah was part of a group known as the Secret Trial Five, all Muslim men subjected to lengthy detention under security certificates. Two are still battling in the courts.

But even winning a case does not stop the hounding by Canada’s spies.

Hassan Almrei, a Syrian refugee held almost a decade, largely in solitary confinement, had a court victory in 2009. This did nothing, however, to advance his long-standing application for permanent residence, which remains unresolved to this day. And in a wired world, no amount of cleansing on Google can erase the search hits that remind potential employers of having once been considered a security threat.

Adil Charkaoui, who was freed from his security certificate in 2009 and has since become a Canadian citizen, says that years of anonymous “leaks” to Quebec newspapers and unfounded allegations attempting to tie him to terror threats dog him constantly, making him feel less secure than when he wore a GPS bracelet under house arrest.

The remaining two secret trial certificates – Toronto’s Mohammad Mahjoub and Ottawa’s  Mohamed Harkat – were upheld by the Federal Court and, in the latter’s case, by the Supreme Court of Canada, which held an extremely rare secret session as part of its deliberations.

Both men face legal battles to determine whether Canada can deport them to the substantial likelihood of torture in their birth countries (Egypt and Algeria).

Harkat is hoping to forestall that protracted litigation by asking Public Safety Minister Ralph Goodale to find that “it is not contrary to the national interest” to allow him to stay. A campaign in support of that request has drawn more than 1,500 support letters, including from Naomi Klein, Stephen Lewis and the Prime Minister’s brother, Alexandre Trudeau, who helped bail Harkat out of jail in 2006.

While these cases are often viewed as a response to 9/11, they’re certainly not confined to the past. Their precedents instead reflect a future that, even if C-51 were to be repealed, remains troubling.

Matthew Behrens is a freelance writer and social justice advocate. He has worked closely with ­targets of Canadian and U.S. national security profiling for many years.