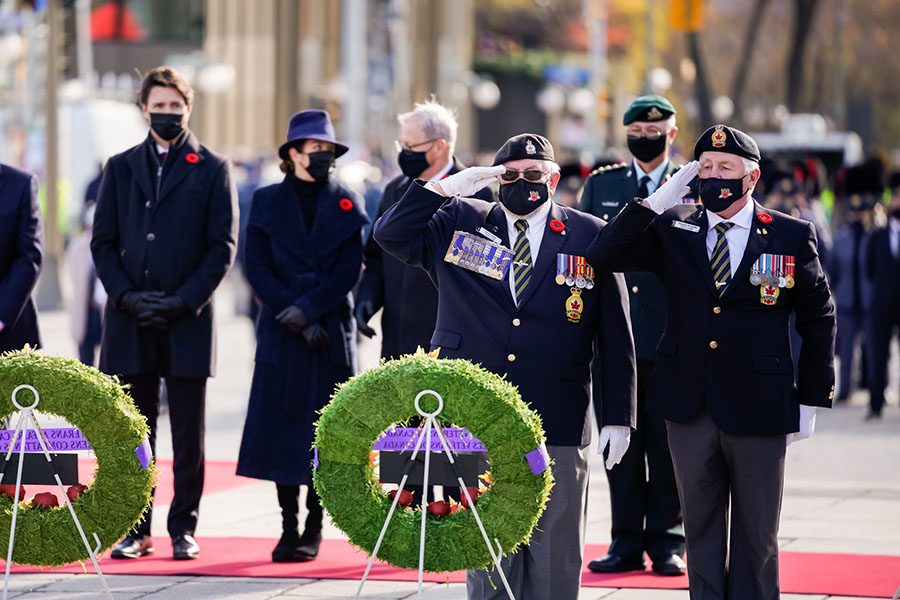 News flash: journalists are under siege. Ipsos says 72 per cent report being the target of hateful attacks. Yup. Or maybe some of them are just thin-skinned.

It’s hard to know sometimes – or take seriously – a lot of what happens on Twitter. That would be the fave social media platform of journalists – and their critics – and where a fair amount of the invective aimed at journalists takes place.

Recently, the #CdnMediaFail hashtag has been making the rounds on the social media platform as part of an effort to call out – and talk back to – the coverage of conservative media commentators and columnists on the PM.

Critics in the conservative press refer to its participants loosely as “Liberal Twitter” because most of those doing the talking back tend to be Trudeau supporters – or at least Trudeau defenders. Other conservative opinion makers have taken to describing them as “TruAnons,” to suggest they’re like the rabble of conspiracy theorists stateside (aka QAnons) who believe a ring of blood-sucking pedophiles are running the United States government.

Politics shouldn’t be so personal – or partisan. But it has become that way for some in the press corps on Twitter. Maybe they’ve been in the bubble too long. They do like kicking the shit outta their critics from behind the comfort of their laptops. They tend to be the most active on Twitter and the most click-baity. That’s the reason their tweets end up showing up in your thread more than other members of the fourth estate. That’s the way Twitter algorithms work. They tend to amplify right-leaning views. It’s kinda embarrassing.

They’re not just taking on online trolls who have nothing better to do than launch ad hominem, misogynist or racist attacks. There’s plenty of that going on too (which involves mostly female journalists). Twitter can be a cesspool. But that’s a different story.

Some of the higher-profile members of the parliamentary press gallery also make a habit of taking on folks who may take legit exception to their reporting – and the fact journalists covering the PM often espouse views in line with the conservative-leaning news outlets they work for of the Conservative party itself.

It’s probably not a good idea for journalists to respond to these folks, unless there’s an issue of fact that needs addressing. But all too often some among the country’s opinion-makers can’t resist taking a shot (or getting a little defensive).

It happened on Remembrance Day, when the PM showed up late for ceremonies at the War Memorial on Parliament Hill. It didn’t take long for the inevitable insinuations to start among some conservative commentators on Twitter that the PM may be pulling another Tofino and out surfing – as he reportedly was on the National Day of Truth and Reconciliation instead of meeting with Indigenous leaders.

Predictably, the usual suspects among the Trudeau trolls on Twitter (let’s call them Conservative Twitter) quickly joined in on the speculation to suggest the PM was late because he’s a narcissist and just wants to be the centre of attention. That’s how Twitter rolls.

It was revealed soon enough that the RCMP had received a report of a “suspicious package” in the vicinity of Remembrance Day ceremonies and so the decision was made to hold the PM back. The RCMP’s Explosive Disposal Unit was called in as a “precautionary” measure, and the package was removed. (The Governor-General, Mary Simon, was also late in arriving because of security concerns).

The memorial was the site of the 2014 shooting of Canadian soldier Nathan Cirillo. The PM has also been a target of numerous death threats, including most recently during the election.

Folks on #CdnMediaFail had some pointed things to say about that and the failure of some members of the media to hold their fire (and snark) before all the facts were in on the PM’s lateness.

But for Conservative partisans the news of a suspicious package only gave them another reason to call the whole thing a hoax.

Why, they asked, hadn’t the crowds at Remembrance Day ceremonies been dispersed if there was a credible threat? The answer would seem simple enough. The threat had been neutralized.

Not good enough for some among the hostiles who then flipped the script and turned their ire on journalists (conservatives among them) for not reporting on the “suspicious package” with the requisite amount of skepticism. All of a sudden, all members of the Ottawa press corps had become sycophants for the PM. Twitter takes no prisoners. It also cuts both ways.

It was all enough to cause CTV National News’s parliamentary correspondent to start blocking followers before deciding to take his Twitter account private so that only authorized followers can now see his tweets.

Social media has made journalists more accessible to the public than ever before.

The public shouldn’t be surprised that journalists have opinions. Some are paid handsomely to express them. The public also shouldn’t necessarily expect objectivity, either. But the lines become blurred when reporters, whose job it is to offer the straight goods, start opinionating on social media.

The public does expect fairness. That, however, may be asking for too much on Twitter.