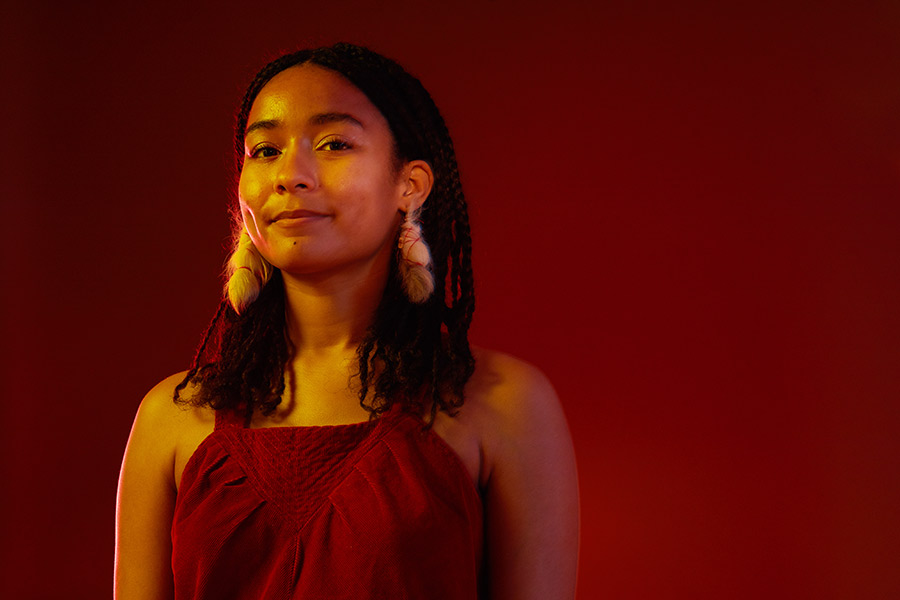 Sundance Harvest is an urban farm near Downsview Park, with an emphasis on food justice. At the helm is Cheyenne Sundance, a 23-year-old farmer who empowers other youth to start their own food and land sovereignty movements. Following in the tradition of countless Black women like civil rights activist Fannie Lou Hamer, Sundance prioritizes putting agency back into the hands of the most marginalized and providing them the necessary tools to feed themselves.

“In May, I had 3,000 Instagram followers. Now I have almost 28,000. I attribute this to the resurgence of Black Lives Matter in the summer and the fact that white people suddenly discovered food justice. It was kind of alarming that people were finally noticing that a Black woman running a farm is a very rare thing.

But a lot of the youth who come to my programs know that already because they can’t find employment or someone to mentor them. Growing In The Margins is a free, educational program for low-income youth who experience barriers to food access. The majority of the youth who graduate end up starting their own farms, community gardens or Indigenous sovereignty projects.

I always prioritize Black and Indigenous youth. When you think of any other agricultural opportunities in Ontario or throughout Canada, they involve learning through unpaid internships. Who has the privilege to take up to eight months off and not get paid to live on a farm and pick tomatoes? This system creates a really big barrier for youth who are single parents, have debt, don’t have a vehicle or maybe who don’t want to to stay in a white town that they don’t feel welcome in – where the only reflection of themselves are migrant workers who are being exploited.

Growing In The Margins is a place where they can have dignified education. They don’t work for me, they don’t harvest the produce that I sell. I teach them farming skills but also business skills to help them start their own profitable endeavours.

From the beginning, I knew exactly what I wanted. I kind of knew how to do it, so it was a slap in the face that a lot of older people – mainly older men in Toronto’s agriculture scene, some the same race as me – told me I should work at their farm but not get paid. I was branded as sassy, loud or difficult for disagreeing. People often discount Black women, but we know what our community needs. We’re on the front lines, we listen to our community and we often know what the solutions are.

Another barrier is the anti-Black racism within farmers markets in Toronto. I partnered with the managers at a couple markets to secure booths for BIPOC farmers. It’s a new initiative we’re working on to make the markets more equitable and less alienating. Oftentimes BIPOC farmers are turned away because they’re told their presence would be stealing customers from more established white farmers. But, I grow culturally relevant food like callaloo and okra that the market ends up missing out on because the managers want to gatekeep.

Sundance Harvest doesn’t focus on making food cheaper or accessible. I leave that to great organizations like FoodShare and Black Creek Community Farm. We focus on mentorship and pricing our produce at a fair price that ensures all our employees and myself are paid a liveable wage. The cost of food is very rarely reflected in supermarkets, because it’s farmed by migrant workers who aren’t paid fairly or given residence and status.

A lot of people praise Sundance Harvest and all I’ve done, but they fail to remember that at the very start of the farm, countless people, organizations and bureaucrats tried to stop me from getting funding and trying to make my programs happen. I still see those very same people acting as agents of white supremacy in the food system.

My role in the food system is one of an educator and a catalyst. I feel hopeful that I see youth who want to start farms and who want to make things happen. They’re waiting and they’re ready. It’s always the people who are the most oppressed that cry out for change.