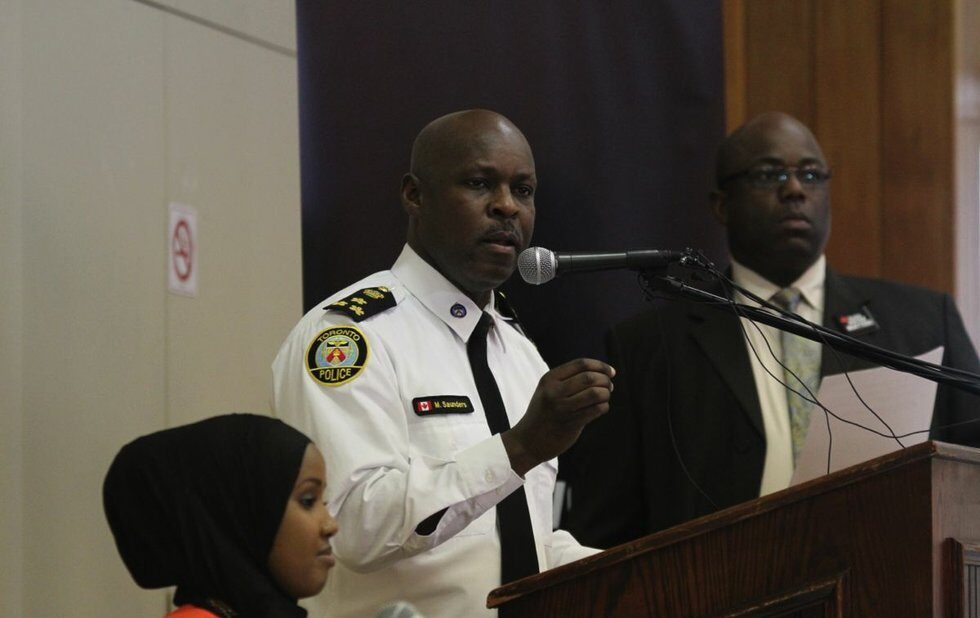 It was an astonishing admission. When Toronto Police Chief Mark Saunders was first asked in July about charges laid by the Special Investigations Unit (SIU) against constable Michael Theriault in the beating of Whitby teen Dafonte Miller (allegedly with a steel pipe), the chief described his knowledge of the incident as minimal.

That’s a scary thought because it can only mean one of two things: that the chief’s own officers kept the incident from him (which seems highly unlikely but not completely out of the realm of possibility) – in which case his grip on the force is more tenuous than any of us thought. Or, Saunders is deflecting responsibility.

Saunders said something else that was just as remarkable for anyone concerned about his commitment to police oversight: that the SIU was not called by Toronto police to investigate the incident involving Theriault essentially because the unit’s mandate only applies to cases involving on-duty cops and Theriault was reportedly off-duty and did not identify himself as a police officer during the confrontation with Miller.

The SIU’s mandate is otherwise clear: it’s statutory jurisdiction “does not differentiate between on-duty and off-duty police officers.”

Truth is, Toronto police have been playing cat and mouse with the SIU and the duty to report ever since the unit’s creation in the early 90s.

In the early days of the SIU, it wasn’t unheard of for police to wait hours to report an incident involving one of their own, long after any officers involved had been taken from the scene and, in some cases, colluded with other officers to make their notes on an incident.

The police’s historical reluctance to notify the SIU extends also to their duty to cooperate in SIU investigations.

Section 113(9) of the Police Services Act states that all members of a police service – that means higher-ups in the chain of command and not just subject officers or witness officers who may be actors in an SIU investigation – “shall cooperate fully” with the SIU.

The section has been the subject of much legal interpretation by police forces and police unions. As a result, regulations have been written over the years setting out what the duty to “cooperate fully” means. It’s a different thing in practice than its intended meaning in the Police Services Act.

For example, subject officers, those who are the subject of an SIU probe, are not required to submit to an interview with the SIU, or turn in their notes to the SIU during an investigation.

Witness officers, those who may be involved in an incident but are not the subject of possible criminal charges, “have a duty” to submit to an interview with the SIU and turn over their notes. But history with the Toronto force is that this doesn’t always happen in a timely fashion, or sometimes at all.

During his tenure as director, Ian Scott wrote former Toronto police chief Bill Blair on more than 125 occasions over the failure of officers to cooperate with SIU investigations. The current SIU director, Tony Loparco, reportedly wrote Saunders only a few months before the Miller incident about a case involving Toronto police in which SIU protocols were ignored.

But the SIU has no power to hold chiefs accountable. Nor can the SIU complain about a chief’s reluctance to investigate police refusal to cooperate with the SIU to a higher authority, like the Ontario Civilian Police Commission.

While charges have now been laid against Theriault, there has been no word on whether the 15 Durham officers who responded to the scene and initially laid charges against Miller (which were later withdrawn) were investigated. Or, for that matter, whether officers higher up in the chain of command in both the Durham and Toronto forces who knew about the incident and failed to report it to the SIU are part of the independent review now ordered by Saunders and turned over to Waterloo police.

According to Falconer, none of the officers who responded to the scene interviewed two civilian witnesses to the confrontation. He has written letters to Saunders and Durham chief Paul Martin asking for an explanation.

“How many times do we have to have police authorities flouting the law before they are actually held accountable by being charged themselves?” asks Falconer. That is the question.