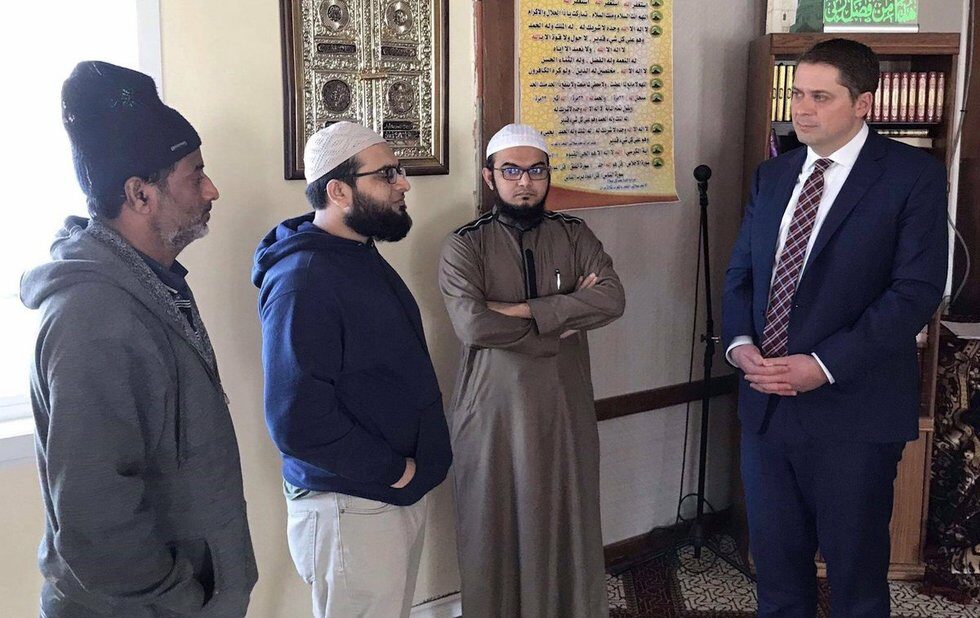 In the wake of the massacre in Christchurch, New Zealand, what has to be stated loudly and clearly is that Islamophobia has become the last acceptable prejudice in allegedly polite society. And that those who may even reject racism, anti-Semitism and homophobia often still hold on to anti-Muslim views.

In Canada, this is even more evident on the political right, where on social media the reaction of some people to the slaughter of 50 Muslim worshippers (children among them and 40 more in hospital with gunshot wounds) was to blame Muslims for the violence and declare the notion that Islamophobia even exists as an attack on free speech.

There were also those that refused to ask the right questions about why this all happened in the first place. The Christchurch killer was at least in part motivated by the politics of Trump, much like Quebec City mosque shooter Alexandre Bissonnette. Both were consumed by right-wing groups online and Muslim immigration.

Then there were the responses from our political leaders. The Prime Minister’s was swift, referring directly to the context of the attack as part of a growing problem of white nationalist inspired terrorism. Not so Conservative leader Andrew Scheer, who issued a banal tweet, declaring the Christchurch rampage was an attack on “freedom” rather than Muslim worshippers.

It took several hours of outrage and criticism – some privately from other Conservative MPs – for Scheer to issue a second statement the next day on Facebook, one that dared to refer specifically to what had happened and to acknowledge that Muslims had been murdered because of their faith. That was followed by a visit to a mosque in Regina in what looked like a hastily scheduled photo opportunity.

Many of Scheer’s defenders rushed to justify his characterization of the attack, claiming that his critics were too harsh, and that while their leader may not have been specific in his language there was really nothing that should be read into this. That, however, is terribly misleading and disingenuous or even dishonest.

Scheer is not a stupid man, and is fully capable of properly expressing himself. He also knows that a great number of his supporters have at best an ambivalent attitude towards Muslims and often view Islam as a downright threat to what they like to describe as Judeo-Christian values.

Scheer and his senior advisors, such as former Rebel Media executive Hamish Marshall, who will head the Conservative party’s 2019 campaign, certainly understand this and don’t want to alienate those in their base.

Those among Scheer’s supporters in media who condemned the atrocity, argued that far worse things are done to Christians by Muslims in Africa and the Middle East on a regular basis. It’s a classic digression technique.

As someone who has written and broadcast for 20 years about the persecution of Christians by Muslim extremists I know the reality of all this, but it should not be allowed in any way to obscure the horror and danger of the rampant Islamophobia that exists in Western society.

If Scheer tried to be relatively subtle in his response, People’s Party of Canada leader Maxime Bernier went further, at first saying nothing at all about Christchurch.

When journalist Stephen Maher quite rightly noted his silence, Bernier responded bizarrely via Twitter. “Some journalists have no decency. Did this one harass me or anybody else when dozens of Christians were massacred in Nigeria and the Philippines weeks ago? Why not? As a rule I don’t comment on these horrible tragedies in other countries. Period.”

Bernier may now be a fringe player in charge of a ragtag party of extremists, but it should be remembered that he was widely viewed at one time as the likely successor to Stephen Harper, and the man who was assumed to be the next leader of the Conservative Party before he lost the leadership race to Scheer on the 13th ballot, with more than 49 per cent of the vote.

He was eventually kicked out of the party and is still viewed as a threat to Scheer’s political fortunes. But if Scheer has an Islamophobia problem in his party, Bernier is virtually dependent on the damned thing.

As well as being unethical and irresponsible, the reactions of both Scheer and Bernier are profoundly dangerous. Silence or ambiguity about evil emboldens those who are likely to commit grievous acts and blurs an issue that should be black and white.

Scheer did eventually say the right thing, but his reluctance to do so is what speaks the loudest. As for Bernier, his pandering to bigotry positively roars.