The city failed in its duty to ensure the safety of supporters of encampment residents on the other end of “unprovoked attacks“ by police, the lawsuit claims 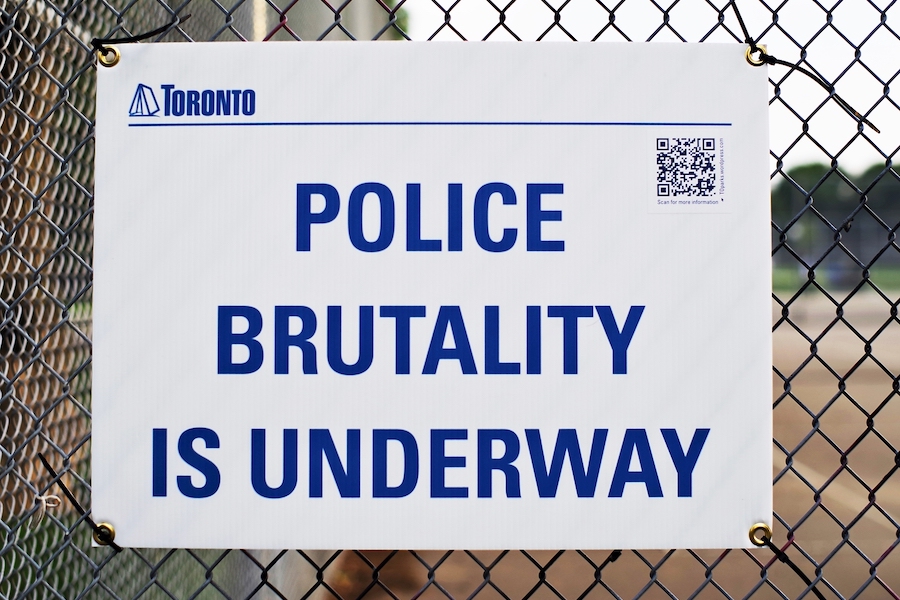 Five supporters of encampment residents who say they were injured in violent confrontations with police at Lamport Stadium Park this summer have filed a lawsuit against the city, Toronto police and the Toronto Police Services Board (TPSB).

Ollie D’Agostino, Skyler Williams, Callista Durose-Moya, Ellie Adekur and Keith Cameron claim they sustained injuries, including psychological injuries, during the clearing of the encampment. Besides the city and the TPSB, two police officers identified by name and others identified as John Doe and Jane Doe are also listed as defendants in the suit filed on Monday morning.

All except Adekur are claiming between $300,000 and $350,000 in general damages for negligence, assault, battery as well as pain and suffering from injuries.

The suit says the city “was duty-bound to take reasonable care to ensure the reasonable safety of persons” when it took action to enforce the Trespass To Property Act on encampment residents at Lamport Stadium.

The suit, the particulars of which have yet to be proved in court, claims the plaintiffs were “attacked” by police without provocation while they were “exercising their Charter Rights.”

It claims D’Agostino was “suddenly and without warning violently grabbed and pulled” by a police officer identified as Officer McGhee, “smashing their face into a wood pallet” and “striking them in the arm with a steel baton while Mx. D’Agostino was otherwise pacified.”

Williams was “struck in the face with a steel baton.” Durose-Moya “was dragged behind a line… and tossed violently to the ground, striking her head on the concrete” and then denied medical attention by police, the suit says.

The suit claims Adekur “was rushed by police to a vehicle with individual holding cells, placed in confinement without a mask, driven around the City of Toronto and ultimately released in the parking lot of 11 Division headquarters.”

The suit says an officer placed “his leg and knee on Mr. Cameron’s head, ear and neck thereby forcing his face into the concrete.”

The suit says that Cameron et al were traumatized by police actions and that the TPSB “breached the relevant standards of care and were negligent” in their duty to supervise police who participated in the clearings.

According to the suit, the plaintiffs continue to suffer from physical injuries, including soft-tissue and nerve damage, permanent scarring and nightmares, as well as flashbacks and PTSD that have caused some of them to lose income from time off work.

The city ombudsman has announced an investigation into the city’s role in the clearing of encampments at Lamport, Trinity Bellwoods and Alexandra parks. But that probe has no authority to look into police actions.

An executive inquiry on the camp clearings made by Councillor Kristyn Wong-Tam at council’s meeting earlier this month reveals that the city manager’s office coordinated the clearing of encampments with police.

But City Manager Chris Murray says the city played no role in the police response or decisions around deployment by police, including the decision to send riot police on horseback to the clearings. The city has revealed it spent some $2 million on the clearings.

An attempt by Wong-Tam to have the matter referred to council’s Executive Committee for further questioning was defeated.

At the same meeting, a debate on a separate motion calling for a judicial inquiry into Toronto police actions during the encampment clearings was cut short by the mayor’s allies on council.