Plaintiffs seek millions in damages for tainted weed, but Health Canada maintains that "the low levels of pesticide present... would not likely cause any adverse health consequences” 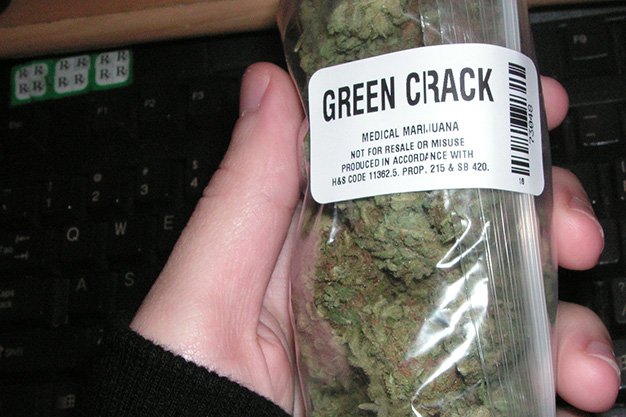 The newly-announced suit alleges that Mettrum used unauthorized pest control products in the production of some of its medical marijuana products between September 2014 and November 2016.  The lawsuit also alleges that the company failed to pay refunds to its customers. The lawsuit seeks millions in damages on behalf of individuals who purchased the affected products.

Bruce Linton, the CEO of Canopy Growth Corporation, which acquired Mettrum in January, has stated that the use of unregistered pest control products was “inexcusable.”

But responding to news of the class action Monday, Canopy Growth issued a statement saying the company “was, and continues to be satisfied with Health Canada’s independent decision to classify the Mettrum recall as a Type III recall, defined as ‘a situation in which the use of, or exposure to, a product is not likely to cause any adverse health consequences.’”

The company says it will defend itself vigorously against all suits relating to the Mettrum recall.

The lawsuit is bad news for a new industry that is claiming to offer safe, Health Canada- regulated choices.

Meanwhile, patients who have relied on the Access to Cannabis for Medical Purposes Regulations (ACMPR) as a source for clean, regulated marijuana as medicine, are once again caught in the middle of a clash between Health Canada and the booming medpot biz.

Patty Wade says she didn’t hear about pot contamination until she read a newspaper article about her licensed producer, Mettrum. They had started recalls of dried marijuana and Wade was concerned because after starting one of Mettrum’s cannabis oil products she says she spent weeks feeling extremely ill with vomiting and nausea. The Ontario woman tells NOW that she called Mettrum to explain her symptoms. Wade says Mettrum reps told her not to worry.

“They said there’s nothing to this – it’s just a voluntary recall,” Wade says. “They said it [the problem] was just a wash – the kind you use on fruits and veggies. But I was so sick and I was taking so much of this oil.”

Weeks later, Wade received notification that the oil she had been using would be included in the voluntary recall.

By that time, Wade says she was so sick but Mettrum didn’t seem to care. Now she wants to know how Mettrum is still allowed to grow and sell product.

Health Canada says that during its inspection of Mettrum, “it was discovered that a foliar plant spray was being used, which contained a pesticide (i.e., pyrethrins) that was not identified on the product’s label, and which is not authorized for use on cannabis,” says Health Canada spokesperson Anna Maddison.

“Health Canada undertook immediate testing of product samples from Mettrum, and the presence of another pesticide (i.e., myclobutanil) was also identified.”

The presence of the myclobutanil led to the expansion of Mettrum’s recall and customers were notified that a second banned pesticide had been detected. When combusted, which happens when you smoke weed, myclobutanil converts to hydrogen cyanide. Exposure to hydrogen cyanide can cause irregular heartbeat, seizure, fainting, and even death.

But Health Canada maintains that “based on the results of the testing, and the low levels of pesticide present, it was determined that exposure to the affected cannabis products would not likely cause any adverse health consequences.”

Dawn Rae Downton, who is the lead plaintiff in the OrganiGram action, says she contacted Health Canada to report her adverse reactions, but the department later claimed to have no record of her report. Vomiting, dizziness, pain and dry-heaving are all part of what Downton says she experienced two weeks into her first batch of weed from OrganiGram.

The company that advertised itself as a producer of organic medical cannabis, grown in regulated soil and organic fertilizer, seemed like a good choice for Downton. As a patient suffering from inflammatory arthritis, Downton wanted relief. Now, she says she feels like she has been “exploited, defrauded and abandoned by my government. I’m fearful for my future. I smoked hydrogen cyanide – what awaits me?” OrganiGram, for its part, says the company will reimburse affected customers and has already allocated $2.26 million this quarter to cover losses associated with its recall.

Health Canada’s Maddison contends the ACMPR sets out some of the most stringent controls on medical cannabis in the world, although the department does not know how widespread the use of pesticides is among licensed producers.

As for the actions taken after the discovery of the banned chemicals, Maddison says Health Canada addressed the situations quickly and efficiently.

“Health Canada ensured the producers were focused on removing any compromised product from the market and directly advising individual consumers who may have received the product. The Department also communicated with the general public via Health Canada’s recall and safety alert database.”

That does not make Wade feel any better. She says both Mettrum and OrganiGram ought to have known that the chemicals were not allowed for use on cannabis, yet they still ended up in her medicine. “I did everything right and legal and this company does this with no consequences, “ Wade says. “How dare they.”