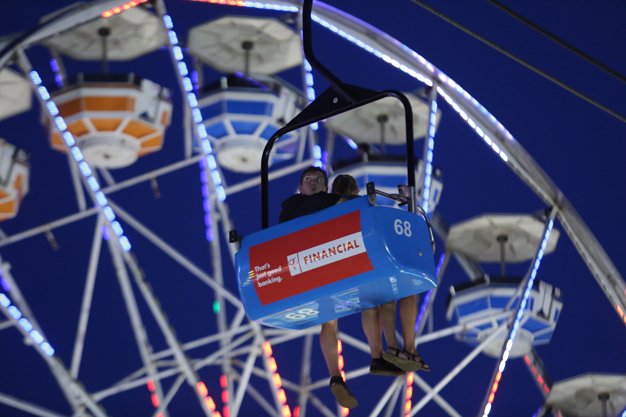 As expected, organizers have announced the 18-day event slated for August 21 to September 7 at Exhibition Place will not happen due to the coronavirus pandemic.

The decision marks the second time in the fair’s 142-year history – and not since the Second World War – that the Ex has closed “in its entirety,” organizers said in a news release.

The CNE’s board of directors voted to shut down this year’s event on May 7, in consultation with the province and city.

“Safety always comes first at the CNE, and the decision to cancel our event is the right decision during this critical time to protect the health of all Canadians,” said CNE Association president John Kiru in a statement.  “Summer in Toronto will not be the same without the sights and sounds of the CNE, alongside so many annual festivals and cultural events that have been forced to cancel. We stand in solidarity with the collective effort to curb this global pandemic, and we will all do our part to ensure it happens.”

During today’s COVID-19 press conference at city hall, Tory said organizers, city staff, Exhibition Place and the provincial and federal governments should take the opportunity to meet to “begin planning a modern CNE that would recommence in 2021” and launch “a new era.”

“I believe it is time for us to have a historic discussion about what is the 21st century ex,” Tory said, after lauding the Ex’s board for making “the right decision” by cancelling.

Tory said the Ex should showcase the talents of “our entire nation” in a way that is family friendly and fun while attracting local, North American and global visitors.

“I’d like to see something that goes back to the roots of the original CNE, which was a world exposition of Canadian agriculture, technology and science,” he said. “There’s no reason why we can’t put on a globally admired and wonderful attraction of the calibre of our film festival at the CNE.

“It’s great fun to have the double waffle, double patty, bacon jam Cognac maple syrup burger, but we’re much more than that,” the mayor added.

The CNE is a Toronto tradition and one of North America’s largest fairs. It attracts more than 1.4 million visitors each year. It employs more than 5,000 seasonal workers, has an annual economic impact of more than $128 million on Ontario and $93 million on the Greater Toronto Area.

“These are some of the sacrifices we’re facing as a society,” premier Doug Ford said during his daily press briefing today.

Ford said that he will announce “stage one” of Ontario’s reopening plan on Thursday.

Update (May 15): Listen to a podcast interview with city councillor and CNE board member Mike Layton about the decision to cancel the Ex and what the event might look like in 2021.