NowMagazineNewsWhy it’s important to confront Islamophobia on the street

Why it’s important to confront Islamophobia on the street

Mark Bray, a former Occupy Wall Street organizer, a visiting professor at Dartmouth College and the author of soon-to-be released. 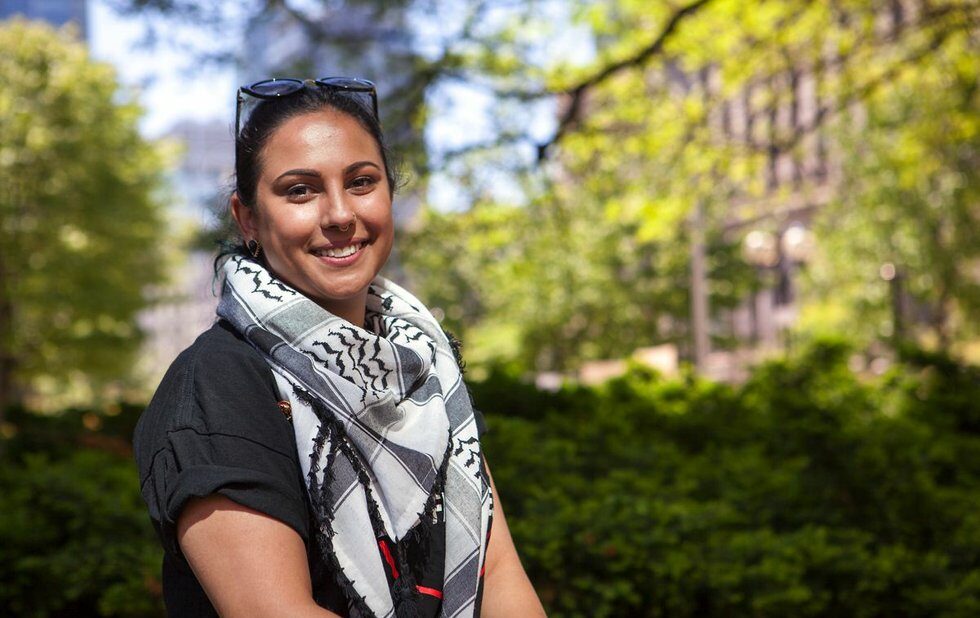 Mark Bray, a former Occupy Wall Street organizer, a visiting professor at Dartmouth College and the author of soon-to-be released Antifa: The Antifascist Handbook, cautions against the assumption that the loosely affiliated far-right groups coalescing under the alt-right banner are experiencing a surge in popularity in North America since Trump’s election.

In spite of some high-profile gatherings in a few American cities, Bray says, it doesn’t appear that the alt-right has yet developed a significant grassroots base.

But even if such groups aren’t currently an existential threat to American or Canadian society, that doesn’t mean it’s safe to ignore them, Bray argues.

Responding to a frequent contention that counter-demonstrations, especially if they involve physical altercations, serve as a rallying cry for the far right rather than a deterrent, Bray notes that far-right groups don’t always go away on their own, and giving them an opportunity to organize and build a network can allow them to recruit and grow.

“Even when they don’t get that large,” he says, “they can be violent and can endanger people in the communities where they operate.”

Far-right groups focused on opposing immigration, refugees or specific minorities, Bray says, can pose a threat to those communities, no matter how small the groups are.

There’s hope, though. Bray says active early opposition, from blockading their marches to violent physical resistance, can stop the far right from growing into a formidable force and, indeed, has done it before.

Historical examples include the fight against the UK’s National Front in the 1970s and 80s and Norway’s neo-Nazi scene in the 90s.

Incidents like the recent murder of two people in Portland (apparently after they intervened to stop a man from hurling racist insults at women on a train) raise alarm bells for Muslims and anti-racist activists across North America, says Suraia Sahar of the Toronto-based Organizing Committee Against Islamophobia (OCAI), noting the growing level of anti-Muslim rhetoric in Canada.

OCAI was formed on relatively short notice with the help of other local groups representing immigrant and refugee communities. Their first counter-protest was at a March 4 rally at Nathan Phillips Square where the Canadian Coalition of Concerned Citizens (CCCC) demonstrators decried Iqra Khalid’s private members’ Bill M-103 and waved signs calling Islam the locus of all terrorism.

Ever since, OCAI has confronted the anti-Muslim rallies and protests at City Hall organized by CCCC on the first Saturday of every month.

Though the CCCC and far-right associates may not precisely fit the alt-right bill, in Canada there is a chapter of the Gavin McInnes-created Proud Boys in Toronto, not to mention self-described free speech advocate, U of T professor Jordan Peterson and supporters of both have been spotted at CCCC rallies.

“When you look at [CCCC’s] Facebook page and Facebook call-out,” says Sarah Ali, another OCAI organizer, “their supporters… openly call for harassment of Muslims. Some were calling for physical altercations, some for deportations.”

Although CCCC’s Facebook page says the group “will never tolerate any bias, discrimination or violence against anyone based on their religion, gender, race and/or political preferences,” it’s also explicitly dedicated to the “protection and preservation of Canadian culture and the safety of the nation.”

The tenor of supporters’ posts makes it clear that they see some groups – namely refugees and Muslims – as a threat to Canada’s “culture” and safety.

CCCC’s talking points have been taken up by everyone from the right-wing media outlet The Rebel to Conservative Party leadership hopefuls.

“One girl wrote to me: ‘I’m 16 years old and I’ve already been called a terrorist a few times,'” recounts Sahar. “It breaks my heart.”

She says young Muslims in the city are experiencing the same hatred many endured in the aftermath of 9/11.

“I know these bigots who are rallying on the streets of Toronto are part of the reason.”

Sahar says her group’s philosophy is to confront bigotry head-on.

She says, “there should be no space for hate speech and for bigots to rally.”

While OCAI initially formed to counter what members saw as an immediate threat, its plans extend far beyond CCCC. The group wants to draw connections between different social justice struggles.

“Even though Muslim folks are experiencing a significant amount of oppression and violence, a lot of us are settlers on this land,” says Ali.