Toronto school board rep says cops in schools a disaster

At the Dar-ul Hijra Islamic Centre in Rexdale on September 27, the fourth of six public consultations into the future. 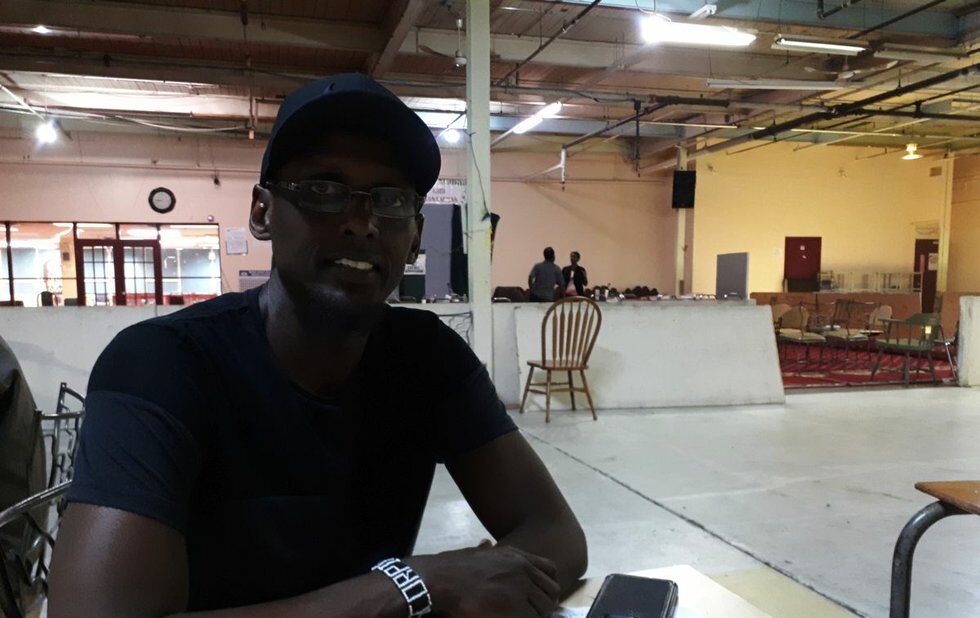 Youth mentor Abdi Warsame says the presence of cops in schools is traumatizing for Somali students.

At the Dar-ul Hijra Islamic Centre in Rexdale on September 27, the fourth of six public consultations into the future of the Toronto District School Boards (TDSB) cops in schools program (or School Resource Officer Program, as its officially known) is about to start.

But there are no young people in attendance. The meeting is made up mostly of a couple dozen community members, primarily from the neighbourhoods large Somali community.

One attendee says he tried to corral a few students to come but they expressed fear that they could be reprimanded for their statements, particularly if plainclothes officers were surveilling the meeting.

The concern may come off as paranoid to anyone from a neighbourhood that hasnt been over-policed or been a hub for refugees from the Somali civil war, which inflicted its own persistent traumas. Rexdale is both.

The absence of a sense of security between the community and police came to a head when police were brought into area schools, despite concerns raised by parents and activists of the criminalizing effect armed and uniformed officers would have on marginalized students.

Started in 2008, the SRO program currently has 37 police officers in 66 secondary schools across the city. The intent was to improve school safety in the wake of the fatal shooting of 15-year-old Jordan Manners inside his North York school in 2007.

The TDSB consultations, which began September 20 at North Yorks Jamaican Canadian Association and ended October 2 at the Regent Park Community Centre, will compile the communitys input into a research report to present to trustees in mid-November. The report will form the basis of whether the board, which has suspended the program while it conducts its review, decides to permanently close it down.

The Toronto Police Services Board, which spearheaded the SRO program, has ordered its own study by researchers at Ryerson University, with an interim report expected in January.

Jim Spyropoulos, TDSB executive superintendent on engagement and well-being, who is facilitating the TDSB consultations, believes reviews like Ryersons miss the mark.

He says universities may crunch numbers and find that the majority of students react positively to the SRO, like in a recent Carleton University review of Peel Regional Polices program. But what about the students who dont?

Spyropoulos doesnt mince words. SRO has been a complete disaster, he says.

According to Spyropoulos, there has been an increase in arrests at schools and students saying theyve been under surveillance. He says newcomers have also been scrutinized, with police making calls to immigration and students being deported.

Weve also heard that the SRO is fantastic, he acknowledges. But even in those situations, theres a problem.

There are young people who have an amazing relationship with the officer in school. But the minute they walk outside their school walls and have an interaction with police, they can make the dangerous assumption that theyll find a trusting relationship again, and we know for children from racialized communities, thats a problem.

The consultations have focused on creating an environment where participants could feel safe providing open and unbiased input. Participants can choose to fill out a survey, make comments on the open floor or privately during one-on-one sessions. Separate student-only consultations have also been scheduled by the TDSB.

Abdi Warsame, a youth mentor and father of five who fled from Somalia for what he called the pursuit of happiness in Canada, shared several stories of humiliation at the hands of police at last Wednesdays meeting.

Theres no police presence in Bridle Path or Forest Hill schools. In parts of Forest Hill, [the police] are considered the good guys, and they consider every resident in that area to be a decent Canadian, says Warsame. The system paints racialized communities as [people of] low income who pose a violent threat.

Im not anti-police, he says. The issue is a system that places these cops into this atmosphere but doesnt train them to deal with people in these communities.

Warsame explains that the presence of officers in schools re-traumatizes students from backgrounds like his. Like others who publicly spoke during the meeting, Warsame is advocating that trustees vote for the programs removal come November.

In Somalia, I had negative experiences with the police acting as if I was committing crimes left and right. Older people also had bad experiences with the state police and their brutality, he says. Most Somalis wont share the trauma theyve gone through. So you survive it and come to Canada. But the last thing you expect is to again be negatively impacted by the police. 3