NOW MagazineNewsCoronavirus: Keeping the madness to a minimum

Coronavirus: Keeping the madness to a minimum

How we deal with COVID-19 can make us stronger in the end, but we're in this for the long haul 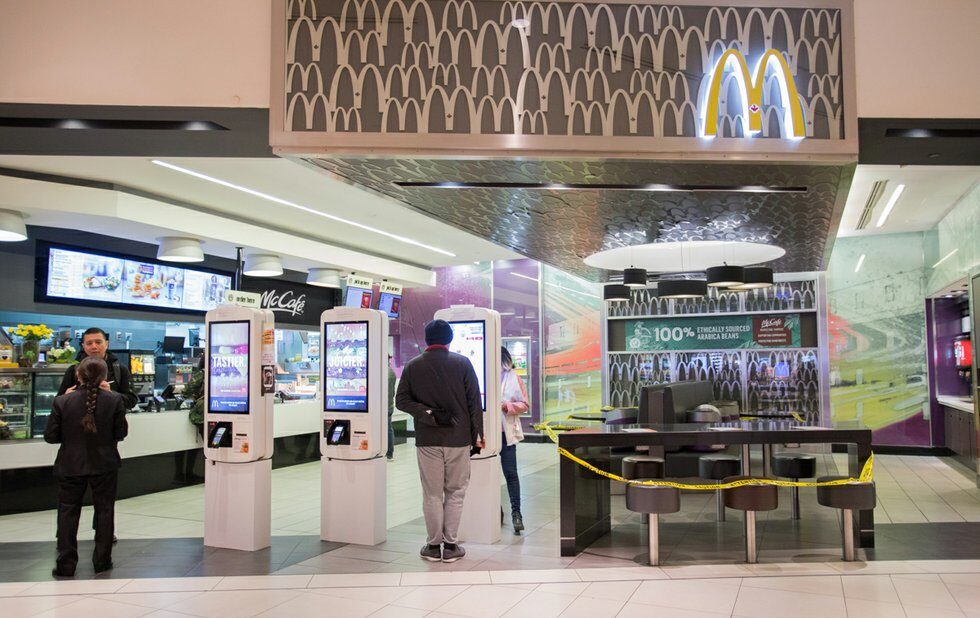 Grocery-shopping can be a traumatic experience these days, given the toilet-paper shortage that’s been sparked by the novel coronavirus.

I had to line up (again) to get inside my local No Frills this week so that the store could keep within the social-distancing guidelines ordered by the provincial and federal governments. Welcome to the new normal. Coronavirus has got us on the run. The heightened anxieties around the disease are also infecting the public, it seems.

With the Canada-U.S. border now closed for anything but the movement of essential goods, the sight of Canadians lining up outside to get their groceries will doubtless become more common.

It may soon be the reality that we will all have to order our groceries online, the logistics of managing COVID-19 being what they are right now. The ripple effects are already being felt in the food chain. Loblaw has announced that hours will be reduced at its busiest stores to allow for more cleaning and extra packaging of products in an effort to contain the spread of the virus. It’s looking like this one is going to have to get worse before it gets better.

The good news is that the initial panic seems to have subsided some. There are still some folks incomprehensibly buying up toilet paper and bottled water (we have good tap water, folks), but there is a lot less of the paranoid frenzy in the air.

Last time I visited my local No Frills – it was a day after it was announced that schools would be closed for an additional two weeks after March break – many of the shelves had been emptied. The most frazzled shoppers were running around with a crazed look in their eyes. “Crazy,” is how the clerk stocking the deli meat freezer described the scene.

To be sure. When one shopper – he looked street-involved – screamed that the place was out of milk, it touched off a race to the dairy section. But the joke was on us. The fridge was mostly full. Eat the rich? It’s worth remembering that it’s the folks without means who are going to be the most adversely affected by this health-care crisis and the resulting economic downturn.

The PM is trying to prepare Canadians for every eventuality. Officials at all levels are encouraging us to stick together, even as we’re asked to practise social distancing. We’re in for the long haul.

Many of us may not want to accept that. Members of the media are already asking how long this – whatever “this” is – is going to take. The long and the short of it is that no one knows. The PM has already warned that it will be “weeks or months” before we get back to normal – or some semblance thereof. The sooner we recognize that reality the better chance we have of getting through this. We’re all links in one chain. If we didn’t know that before, we know it now. And we all have to do our part not to break that chain. This will be a test of social cohesion.

The reaction of shoppers in response to the outbreak may have been overboard. Being humans, we’re prone to panic when our survival instincts kick in. It’s the way our brains are hardwired. But the fear is nevertheless real. It’s hard not to get freaked out when life as we know it is being dramatically (perhaps irreversibly) altered and we don’t know if we’ll have a job to go back to when it’s all over. But that’s the challenge facing Canadians.

We’ve had the benefit of the experiences of other countries to not repeat the same mistakes. The feds, provinces and municipalities, for the most part, acted quickly. And, so far, we seem to have gotten off luckier than most – if we’re judging by the raw numbers. But it’s still too early to tell. There’s not enough testing to gauge how quickly the virus is really spreading. The backlog in testing means we’re not seeing the actual numbers in real-time. That’s because the disease’s incubation period can be up to 14 days, so we are only now on the cusp of beginning to see more exponential growth in cases.

Many physicians have advised that governments need to adopt a “warlike” footing to beat coronavirus. It’s war, all right. Federal governments don’t just drop $82 billion like that. Only the main enemy, in this case, is mostly invisible. The other enemy is ourselves.

There are still huge challenges – and many unknowns – that are emerging every day. The situation is mutating, much like the virus itself. Will we have enough room and respirators to deal with those who will become ill and will have to be hospitalized? What are we going to do to better protect health-care workers? How are we going to make sure the virus doesn’t spread among Toronto’s homeless population?

The usual suspects on social media are not helping. On Sunday night, for example, Premier Doug Ford had to take to Twitter to quash rumours that Ontario was “going on lockdown.” At his press conference to declare a state of emergency earlier this week, one reporter raised the spectre of looting. This is not the kind of prattle we need right now.

Many of us couldn’t wait to say goodbye to the last decade. This is a defining moment in Canada’s history. How we deal with this pandemic can make us stronger in the end. If we can keep the madness to a minimum, we should be all right.