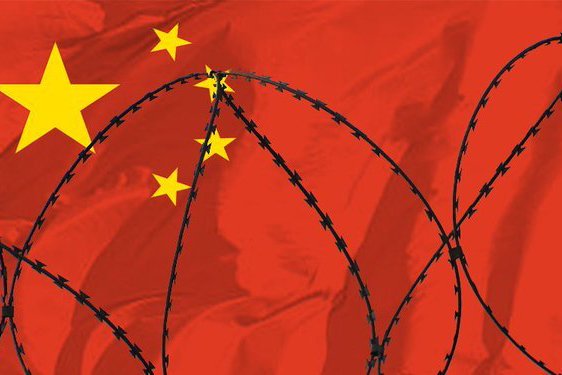 As countries in Europe start to slowly think about how to come out of coronavirus-imposed lockdowns, in Canada we’re back to where we started – blaming China.

After a month spent reorienting ourselves to the new normal in the fight against the pandemic, there has been a noticeable uptick in the partisan finger-pointing in recent days. We all want answers on how we got here, only understanding the coronavirus is not so simple.

The slow simmer of criticism over the Liberal government’s pandemic preparedness, along with the government’s relations with China – and its apparent delay in notifying the World Health Organization (WHO) of the potential public health threat – has boiled over.

Prime Minister Justin Trudeau has studiously avoided criticizing China during his daily press briefings, saying there will be time for recriminations later, but that right now the focus should be on “getting through this crisis.” For the PM, it’s a delicate matter. There’s not only Canada’s trade relationship with the soon-to-be largest economy in the world to think about – and the declining status of our largest trading partner to the south – but the lives of two Canadians sitting in a Beijing prison in apparent retaliation for the RCMP’s arrest of Huawei executive Meng Wanzhou.

On Saturday, the Chinese government admitted that the death toll in Wuhan, where the virus originated, is actually more than 3,000 people, some 50 per cent higher than previously reported.

That news came some 24 hours after the Associated Press reported that Chinese government officials knew they were likely facing a pandemic as early as January 14, but held onto that information for six days. Internal government documents obtained by AP reveal that regional health officials in China were reluctant to report the possibility of a pandemic up the chain of command, even as hundreds of patients were showing up in hospitals with flu-like symptoms and personal protective equipment was quietly distributed to frontline hospital staff.

But how much of the Chinese government’s moves had to do with not wanting to stir a panic is unclear. What is clearer, says Lynette Ong, associate professor of political science at the University of Toronto, is that “China is a society that puts a lot of emphasis on economic and social stability.”

Ong says that “there’s a lot more to be carefully studied,” when it comes to China’s pandemic response, including whether the World Health Organization was too quick to take the country’s early advice.

Chinese officials first reported to the WHO that there was no evidence of human to human spread of the virus. As a result, there has been much speculation about China engaging in a conspiracy of silence.

It’s been a popular theme of the U.S. administration as that country’s mangled response to the pandemic has caused the virus to spiral out of control. There are now almost 10 times more confirmed cases of COVID-19 in the U.S. (776,000) than China (88,000) and more deaths (40,000) than any other country.

However, to what extent China’s delay in reporting the virus may have adversely affected the ability of the U.S., or any other country’s response, remains a subject of speculation.

Singapore, South Korea and Taiwan, for example, all closed their borders in February, before the WHO declared a pandemic on March 11. All three countries have been able to contain the virus through aggressive contact tracing, temperature checks and strict quarantining measures.

Ottawa shut down Canada’s borders on March 16. A number of provinces, including Ontario, declared a state of emergency the next day. Up until that point, Tam had expressed the view that the risk of coronavirus to Canada was “low.” And in the beginning, it did seem that way. There were some 400 confirmed cases at the time and most of those testing positive were people who had travelled outside the country.

But the truth is health officials didn’t really know how contagious the virus is.

It was known early that the disease was asymptomatic – people were testing positive despite showing no symptoms. What was less understood is that the virus could be pre-symptomatic, in other words, spreadable days before those infected begin to show symptoms.

To what extent the virus is transmittable through the air is another area of uncertainty. We know COVID-19 can be spread via droplets in the air, but how long the virus can remain airborne is unclear.

Scientists discovered during SARS, which is another coronavirus, that the virus could become “aerosolized,” says Banerji, from the diarrhea of patients and become present in the air once patients flushed matter down the toilet.

More recently, some 140 individuals in South Korea who had recovered from COVID-19 have tested positive for the disease a second time. It’s unclear whether they caught the virus again – which would raise all kinds of questions about the human ability to develop an immunity – or if the disease was “reactivated.”

Some countries like Sweden and the Netherlands – and the UK and U.S. early on – opted for less strict quarantining measures, suggesting that the virus would run its course quickly enough through the population and then die off once enough people had recovered.

The problem with the approach, known as “herd immunity”, is that half to three-quarters of a population has to catch the virus before herd immunity can be reached. With anywhere from two percent to five per cent estimated mortality rate for the infection, that means that a lot of people would have to die.

Could Canada have responded more quickly?

Health Canada prepared a plan in 2006, The Canadian Pandemic Influenza Health Plan for the Health Sector, which Tam co-authored as the then Director  Immunization and Respiratory Infections Division  Public Health Agency of Canada. The report became the subject of a scathing Globe and Mail attack on the government’s response. They knew it was coming, was the Globe’s assertion.

The Health Canada document based its work on several assumptions. It advised in the document that “These assumptions should not be interpreted as predictions for the next pandemic, but instead a reflection of current opinion regarding a reasonable scenario to guide planning activities.” That passage in the report is marked in bold for emphasis.

Predicting a pandemic is not like forecasting the weather. As the 2006 report points out, viruses mutate and their effects are variable. Much about its spread can depend on demographics, to name one variable.

The science on COVID-19 continues to evolve. A key consideration in the flow of information has been to not cause a panic. It was a recurring theme in early government press briefings.

Another key consideration for government officials was public buy-in for stay-at-home measures once it became clear that those would be necessary. Would the government have had the same level of cooperation had they shut down the borders and issued the order for Canadians to stay home early, like say in February when there was less of a sense of urgency?

Considerable media criticism has centred on the conflicting information offered by Tam on whether to wear masks. On that question, the advice has changed.

But here, too, public health officials were juggling competing interests, including the urgency not to spark the kind of panic buying that would deny much-needed masks to frontline workers. Even today, Banerji says, health care providers on the frontlines are given two surgical masks a day, which are supposed to be single-use.

No predicting this one

While media reports suggest Canadians are getting antsy about a return to normal, some European countries are already slowly starting to map plans to open up, but it’s a double-edged sword. The more effective countries have been at flattening the curve, the trickier it will be keeping the disease at bay.

Banerji says that as the lockdown is lifted, “You’re going to have new populations of people who will not have been exposed, and therefore don’t have immunity, so rates of infection are going to go up.”

The reality is becoming clear: the threat posed by the coronavirus won’t be neutralized until we have a vaccine, and that may not be for another year (although, more quickly now that China has shared the genome sequence for COVID-19). In the meantime, there are anti-viral drugs that may help some with the virus.

There’s still much to be learned from all that has happened. In particular, on the need for more testing. In recent days, it’s also become clear that nursing homes were ill-prepared.

But for all the criticism from public health officials and others that a pandemic of this nature was inevitable, there was no predicting the timing and severity of this one, let alone one as shifty as COVID-19.