Mining companies using the cover of COVID to push through projects

The province's COVID-related suspension of environmental rules is undercutting protection against oil and gas and mining projects, including in overwhelmed First Nations communities 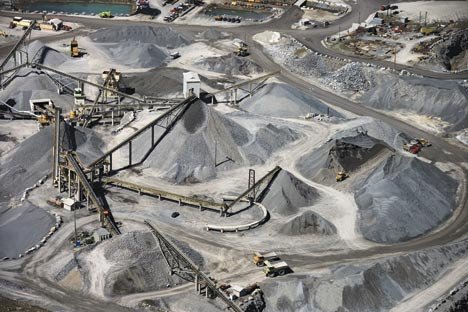 The province has included mining exploration and development in its list of essential services exempt from the coronavirus lockdown.

With the public staying home and activists distancing even from fellow activists, the door seems open for pipelines and other controversial developments in Ontario.

In April, with business interests and governments across North America using the cover of COVID-19 to fast-track everything from oil and gas projects to the approval of controversial pesticides, environmental groups sounded the alarm when Ontario announced the suspension of Part II of the Environmental Bill of Rights. That’s the section that triggers public notification and participation for projects and requires some 14 government ministries to consider environmental values when making decisions. It also facilitates appeals of environmental approvals and licences.

The Ministry of Environment, Conservation and Parks said in an announcement that the suspension will “expire 30 days after the termination of the emergency declaration,” which has been extended to May 19.

The Ministry says the regulation is aimed at streamlining procedural requirements that are “impractical” during the current state of emergency. The intent is to “expedite decision-making and implement measures needed to respond to the emergency.”

But it’s unclear what could be considered COVID-related. Environment Minister Jeff Yurek’s press secretary Andrew Buttigieg offers as an example that the expansion of a gas-fired plant wouldn’t apply for an exemption. But Buttigieg can’t say what might.

Is the exemption merely meant to expedite, say, the construction of a temporary hospital or testing facility in a remote community where the debate over air emissions and effluent releases might cause a delay? Might pipeline or highway extensions be seen as urgent given worries about supply chain interruptions? With the province including mining exploration and development in its list of essential services, could the expansion of a mine, quarry or waste site be deemed worthy of a COVID related exemption?

“As the COVID-19 outbreak evolves, we are making sure the government is able to quickly respond to time-sensitive needs that arise, and ensure goods and services can continue to be delivered to the people of Ontario,” Buttigieg says.

Ecojustice is among the signatories to a letter released by the Canadian Environmental Law Association asking the province to repeal the regulation.

Particularly worrisome to Ecojustice staff lawyer Rob Wright, a former vice-chair of Ontario’s Environmental Review Tribunal, is the broad nature of the exemption. He says the EBR regulation doesn’t explicitly state that the exemptions must be COVID related. The temporary gutting of public consultation and engagement measures “undercuts the whole purpose of the EBR, which was to expand transparency and public participation in significant environmental decisions and make government accountable,” Wright says.

Buttigieg says ministries are still “expected” to post notices on projects. But the regulation doesn’t expressly state they have any legal obligation to do so.

“The public doesn’t know what they’re proposing except for what they choose to post,” Wright counters. “They may be cherry-picking which proposals to post and which ones not to post.”

The change comes on the heels of other pre-COVID rollbacks of environmental protection legislation, including changes to Ontario’s Endangered Species Act that include allowing developers to pay a small fee to work in fragile habitats.

Wright says the province could immediately clarify the whole picture and still provide needed emergency exemptions by simply withdrawing the exemption and, instead, invoking section 29 of the EBR. Section 29 spells out emergency measures but is not a blanket exemption of rights. “There was no need for a new regulation that was itself made without prior public notice or comment,” Wright says.

The existing provision in the EBR could be bolstered by extending comment periods for matters not clearly linked to COVID so they close 30 days following the withdrawal of the regulation, Wright adds.

Buttigieg responds that the emergency exemption in section 29 “only applies in the limited circumstances described in that section,” but he did not elaborate.

“People in our communities are overstretched and exhausted,” Neskantaga First Nation Chief Chris Moonias wrote in a letter asking the province to pause mining exploration permits and online staking while Aboriginal communities deal with the coronavirus.

“It should be obvious that we would be currently unable to engage meaningfully with proponents and government bodies due to capacity issues and health and safety concerns stemming from the pandemic,” Moonias says.