Coronavirus in the prison system: Avoiding a worst-case scenario 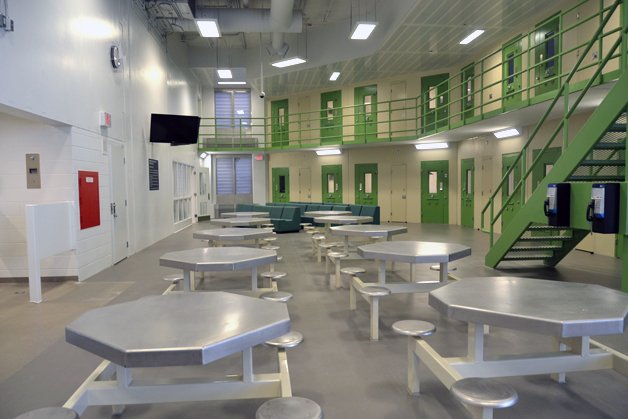 Even a general public that is largely indifferent to the lives of the incarcerated in normal times would be forced to take notice in the event of an outbreak of COVID-19 in Ontario’s correctional facilities. Scores of infected inmates could strain a system already stretched thin – a risk acknowledged by the province, which is acting “to protect our frontline workers and our health-care system from the burden an outbreak in our correctional system could cause.”

To avoid the worst-case scenario, the province initially took steps to reduce the flow of people in and out of correctional facilities, halting personal visits and granting temporary absences to intermittent inmates who normally serve time on weekends.

It went further this week by taking action to reduce the overall prison population, with the early release of some inmates near the end of their sentences.

The enemy is the high density of prisoners in confined spaces, which makes any potential outbreak hard to prevent and even harder to contain.

“The best-case scenario is that we can reduce the population by enough numbers to make room for social isolation because once it’s in prisons in a real way, then it’s going to spread and we’re going to have a lot of people needing ventilators and ICU,” says current Criminal Lawyers Association president John Struthers, adding that some CLA lawyers continue to enter courthouses on a voluntary basis to work for the release of people who are detained awaiting trial.

So far over 1,000 people in provincial custody have been released with the help of Legal Aid Ontario and LAO-funded defence counsel who worked to secure the disposition of charges and judicial interim releases. On the Crown side, the Ministry of the Attorney General has taken steps to reduce inflow by rescheduling municipal provincial offences trials.

The vice president of the Legal Aid Ontario lawyers’ union recently wrote in a letter to the Attorney General that the measures don’t go far enough.

Dana Fisher tells NOW that “There are many non-violent offenders who are deemed a low-risk to re-offend, and inmates with underlying health conditions that put them at risk who are still being detained in overcrowded facilities.”

The emergency public health effort to reduce the prison population shines a light on the broader problem of incarceration. For the last year with available data, Ontario had a higher proportion of adults in remand than in sentenced custody, meaning a majority of people in provincial corrections are detained awaiting trial. Of those, nearly 40 per cent are released without a conviction.

“We’ve been arguing for years that there’s an over-incarceration philosophy with an overly strict bail system, where they err on the side of caution by detaining people,” explains Struthers. “Of course the legal aid system isn’t funded correctly, and the entire custody system needs reform.”

Harm Reduction TO, a project of Toronto university students who advocate for alternatives to drug prohibition and mass incarceration, is encouraged to see prosecutors and courts reviewing rosters to release some prisoners.

Justin Piché, Associate Professor of Criminology at the University of Ottawa, is one of the letter’s signatories and he thinks more can be done to accelerate depopulation, from police exercising greater discretion to not arresting those who do not pose a public danger.

He suggests de-incarceration could be expanded even further with public money spent on custody being used instead on food allowances and stable housing. Ontario’s average daily inmate cost was $264 in 2018.

While experts suggested that Ontario should follow in the footsteps of other provinces and transfer responsibility for prisoner health care to their health ministries, last year’s budget delivered by Premier Doug Ford’s government forecast a $36-million cut to operating expenses for correctional services.

As Ontario does not appear set to reduce the incarcerated population further than it already has, the short-term priority for advocates is to protect those who remain behind bars as the pandemic response threatens to limit prisoners’ access to counsel and mental health services, at the same time that it raises the spectre of measures that prisoner rights advocates consider inhumane.

The Barton Prisoner Solidarity Project, which monitors conditions at the Hamilton-Wentworth Detention Centre where a correctional support staff person has tested positive for COVID-19, received 40 phone calls to its new emergency phone line in the first four days of operations.

The calls relay reports of prisoners being housed three at a time in cells intended for two, segregation for prisoners reporting flu-like symptoms with even less access to soap than normal. The group also says some prisoners are attempting to implement their own quarantines by preventing new prisoners from joining their ranges, raising the risk of prisoner violence.

The spectre of the virus has led correctional officers in Windsor and in North Bay to refuse work, while officers at an Ottawa detention centre denied inmates all access to their lawyers for a period of time last week over COVID-19 fears, a situation resolved with the province through its resolution process.

“There’s anxiety about the inmate population, just hoping no one contracts it,” says Chris Jackel, chair of OPSEU’s Ontario Corrections Division, noting that any correctional facility outbreak would risk spreading from correctional officers to their families and into the wider community.

Jackel says his union is asking the government to enact active temperature screening of everyone who enters correctional facilities, including staff.

“Right now there’s a notice up on the front door with a couple of questions: do you have a new cough, do you feel feverish, if so contact your doctor. It’s very vague.”

Ministry of the Solicitor General spokesperson Brent Ross says “Staff are required to perform a self-assessment prior to entering the institution and are advised to monitor their own health and report to management any changes to their health status.” But for security reasons, he would not speculate on ministry contingencies in the event of widespread officer absences due to illness.

Jackel, who is also a correctional officer at the Central North Correctional Centre, says he is unaware of reports systematic lockdowns or denials of yard activities and showers in correctional facilities.

But he also says that because social distancing is near impossible in confined, overcrowded facilities, the more systematic use of restrictive practices should not be ruled out, and says that OPSEU has had a preliminary conversation with the ministry on the subject. “The government is going to have to at least keep it in the back of their mind that inmates have rights but so does the general public.

“The public can’t associate in groups, and more of our rights are being impacted. We don’t want to lock anyone down, but we may need to restrict movement in institutions, and we would be supportive of that if the conditions warranted that kind of action, including to prevent or contain an outbreak,” he says.

If an outbreak occurs or is suspected, staff will take “immediate precautionary containment measures in accordance with operating procedures” including strategies such as “medical isolation,” says Ross.

At the same time that inmates are staring down additional restrictions, the COVID-19 response is also making it harder than it already is for them to communicate with the outside world — which, for most, is a lifeline to justice and emotional support.

The deficiencies of the province’s correctional facilities telephone system are well documented. All calls are restricted to landlines and capped at 20 minutes, and some family members struggle to pay the high collect call charges.

Krystal Martin, whose 69-year-old father is serving an 18-month sentence inside Milton’s Maplehurst Correctional Complex, says that his collect calls cost two dollars for a “connection fee” plus at least a dollar every minute on top of that.

“My mother at one point had to tell my dad to stop calling because her phone bill was $700 a month,” she says. “Imagine that inmates want to connect with their loved ones and are unable to do so due to the cost.”

According to Martin, the facility has made no changes in its operations since the pandemic started.

“Nothing is cleaned or disinfected,” says Martin, adding that her father reports that guards do not wear personal protective equipment, common areas are not cleaned, and inmates need to purchase soap with their own money. “The inmates are concerned and scared.”

Ross says “correctional facilities are inspected and thoroughly cleaned daily and/or as required.” And that proper hand-washing and cough/sneezing etiquette have also been communicated to staff and inmates.”

But in contrast with the federal Correctional Service of Canada, which waived deductions from inmate pay for the use of the telephone system in its institutions since the COVID-19 outbreak began, Ontario appears unlikely to make changes to its phone system in the near future. “The current inmate phone system remains in place without changes at this time,” says Ross.

“Most people are awaiting trials for non-violent acts,” says Piché. “Maybe we can also ask ourselves at this time, why are we imprisoning these people, to begin with?”