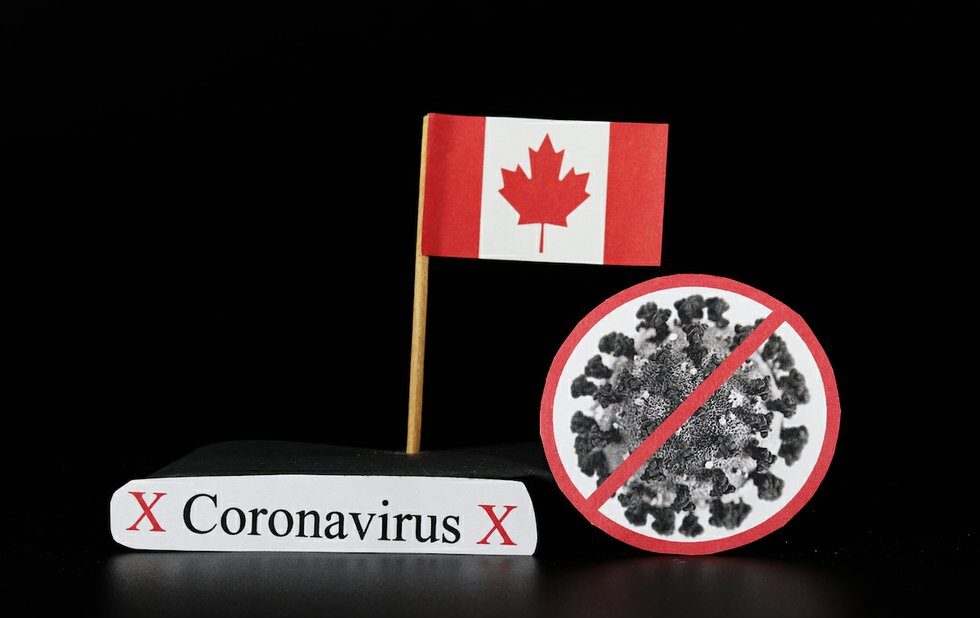 Where are we at?

Four provinces in Canada have confirmed cases of novel coronavirus, aka COVID-19. Ontario (59), British Columbia (46), Alberta (19) and Quebec (13) are reporting a total of 138 cases (as of March 11). Of the 59 confirmed cases in Ontario, 18 are in Toronto. While the global toll in most countries has been on the rise, the trajectory in new cases in Canada is flattening, although New Brunswick, Saskatchewan and Manitoba each just recorded their first probable cases this week.

Is it time to push the panic button?

The Public Health Agency of Canada (PHAC) has assessed the risk of coronavirus to Canadians as low. One person has died from COVID-19 in Canada – a BC man in his 80s who lived in a nursing home. Of the total number of people affected by the virus in Canada, 13 per cent have been hospitalized.

The feds are advising Canadians to avoid non-essential travel to the most affected countries. And recommending that travellers monitor themselves for symptoms (fever, cough and difficulty breathing) for 14 days after returning to Canada.

Who are at elevated risk of contracting the virus?

Individuals over 65 years of age, and those with compromised immune systems and underlying medical conditions are more susceptible to the coronavirus. In China, the fatality rate is highest among people over 80 (14.3 per cent) and falls precipitously from there to under 1.3 per cent for people in their 50s.

What steps is Canada taking to monitor the virus?

Ontario and BC, which account for almost 80 per cent of the cases in Canada, have the ability to test for coronavirus. All other provinces and territories are relying on the National Microbiology Laboratory for testing. As of March 11, the lab has confirmed 684 negative cases and 23 positive cases of COVID-19.

Why has the World Health Organization (WHO) declared coronavirus a pandemic?

The answer has as much to do with the numbers as it does with inadequate government response to the virus.

The WHO says it has been monitoring the numbers around the clock and is “deeply concerned” by not only the rapid spread and severity of the disease but “the alarming levels of inaction” in many countries.

The disease has a fatality rate of around 2.3 per cent, which is higher than most pandemics. But what makes COVID-19 tricky is the fact that it is mostly asymptomatic. Medical experts have already hypothesized that most people who contract the virus won’t even know they have it because their symptoms will be so mild. But it’s a double-edged sword. The fact most people will not know they have it – the WHO estimates 80 per cent will not require medical attention – is what makes the virus more difficult to contain.

Are rates of the disease increasing?

The very first probable case of coronavirus was reported in China on December 31, 2019. Since then, the largest single spike in new cases globally occurred on February 12, when there were 15,200 new cases confirmed that day. Since then the number of confirmed new cases has hovered around 4,500 daily. But this week, on March 11, WHO counted 6,600 new cases, the largest increase since February. Because the incubation period is up to 14 days, more spikes are expected.

WHO says that the course of the pandemic can be changed – rates of new infections, for example, have significantly declined in China and Korea. But that can only happen if countries take “urgent and aggressive action” to detect, treat and isolate new cases.

What can I do to reduce personal risk?

Changing your daily routine – shopping or taking transit at off-peak hours and avoiding crowds – will help mitigate your risk of exposure. According to the WHO, the transmission of the virus is more likely through surfaces than through the air. Like other coronaviruses, it is estimated the virus can stay on surfaces from a few hours to a few days.

What should I do if I become ill?

Most people will only contract mild cases of coronavirus and recover on their own. But everyone has a role to play to mitigate the spread of coronavirus. PHAC is advising individuals to stay home if they are sick. And isolate themselves – that includes from family members and pets – as quickly as possible.

If you have travelled recently and suspect you may have the virus, call your doctor or local public health authority before you visit. Be prepared to provide a history of recent contacts with people who may have been exhibiting symptoms. The sooner you do this, the better your chances of recovery.

What if I have COVID-19 and have to leave home?

PHAC strongly advises anyone who has COVID-19 to wear a mask or use tissues to cover your mouth in public. Be aware, however, that a mask can only be used once. PHAC also advises those who have the virus to maintain a two-metre distance from others.

What essentials should I stock up on?

While the spread of the virus has sparked panic-buying in some cities, the federal government is encouraging Canadians to gradually build up household supplies – especially foods that are easy to prepare, like dried pasta and sauce, prepared canned foods and canned vegetables and beans. It’s also a good idea to refill your prescription drug medications and stock up on pet food, toilet paper, facial tissue, feminine hygiene products and diapers (if you have children).

Will there be a vaccine?

A global effort is on to develop a vaccine for COVID-19. The WHO estimates it will take at least 18 months. According to some media reports, human trials may begin in a few weeks in the United States. The difficulty is that COVID-19 has not been previously identified in humans. The virus is spread from animals.

The first Canadian cases of SARS were reported in March 2003, when some 438 cases were confirmed. It was the last major outbreak in Canada. There have been no new transmissions of SARS since 2004. As for MERS, the last reported cases in Canada were in 2018, when 227 new cases were reported. SARS killed 44 people in Canada. No deaths related to MERS has been reported in Canada, but some 575 deaths have been linked to the virus in Saudi Arabia.

How does COVID-19 compare to other flu pandemics?

The deadliest flu pandemics the planet has ever seen, three of which occurred in the last century, each claimed more than a million casualties. COVID-19 is nowhere near that trajectory.