The city is reimagining public spaces to give us more room as we emerge from our lockdown bubbles, but how the pandemic affects human interaction will be a true test of our social cohesion 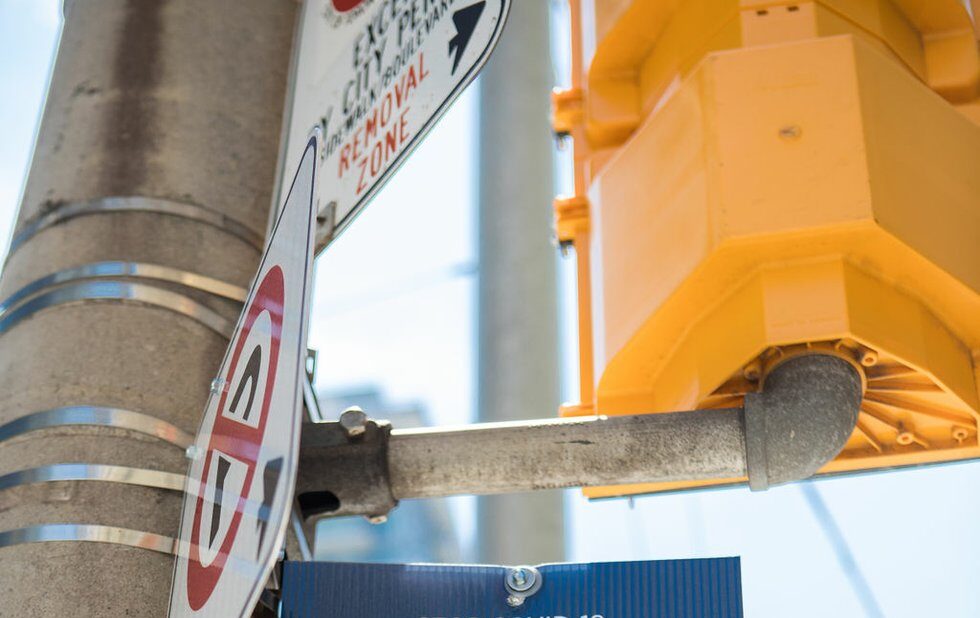 The 60-something fella standing in line in front of me at the Beer Store would clearly rather be somewhere else – or at least not have to go through all this trouble to get his suds. He’s been wearing a screwface and combing the space around his feet back and forth like a searchlight ever since I got here. I make the mistake of stepping into his line of sight when – bang – he points a finger at an imaginary line on the floor in front of me and barks: “Git.”

He didn’t have to say any more. I thought I was keeping my distance, but evidently not enough for his liking. Is it because I’m not wearing a mask? Why isn’t he? I find myself becoming awkwardly judgmental. The pandemic is messing with our sense of proximity to each other.

Where do we draw the line on the physical distancing directives we’ve been living under these last two months? It’s hard to know. It’s a strange dance we’re witnessing between humans on the streets of Toronto. And the boundaries are only going to get blurrier as the province slowly loosens lockdown restrictions and reopens the economy this week.

The pandemic is causing us to rethink many things, including the future of our travel patterns and how they will reshape cities. The City of Toronto’s ActiveTO initiative is reimagining our public spaces to create more room for pedestrians, cyclists and people with mobility issues, mapping out proposals to designate “quiet streets” as well as close off major thoroughfares to car traffic and fast-track bike plans. Others have mused about converting Yonge and Bloor streets into cycling corridors and realigning lanes on University to make the boulevard more inviting to walkers. The pandemic has also highlighted the need for more parks and green space.

These are all worthwhile discussions to have. But what will all these physical changes mean for human interaction?

In some ways the pandemic has brought us closer together. We’re communicating with people we don’t know on our daily walks. We’re back in touch with folks we haven’t spoken to, in some cases, in years. We’re making fast friends with neighbours that were acquaintances in the past.

But other signs point to the uneasy reality that the fear and well-documented mental health stressors associated with the pandemic may pull us further apart. What we know for sure is that whatever the future holds, it’s going to be a true test of trust and social cohesion as we get to know each other again. 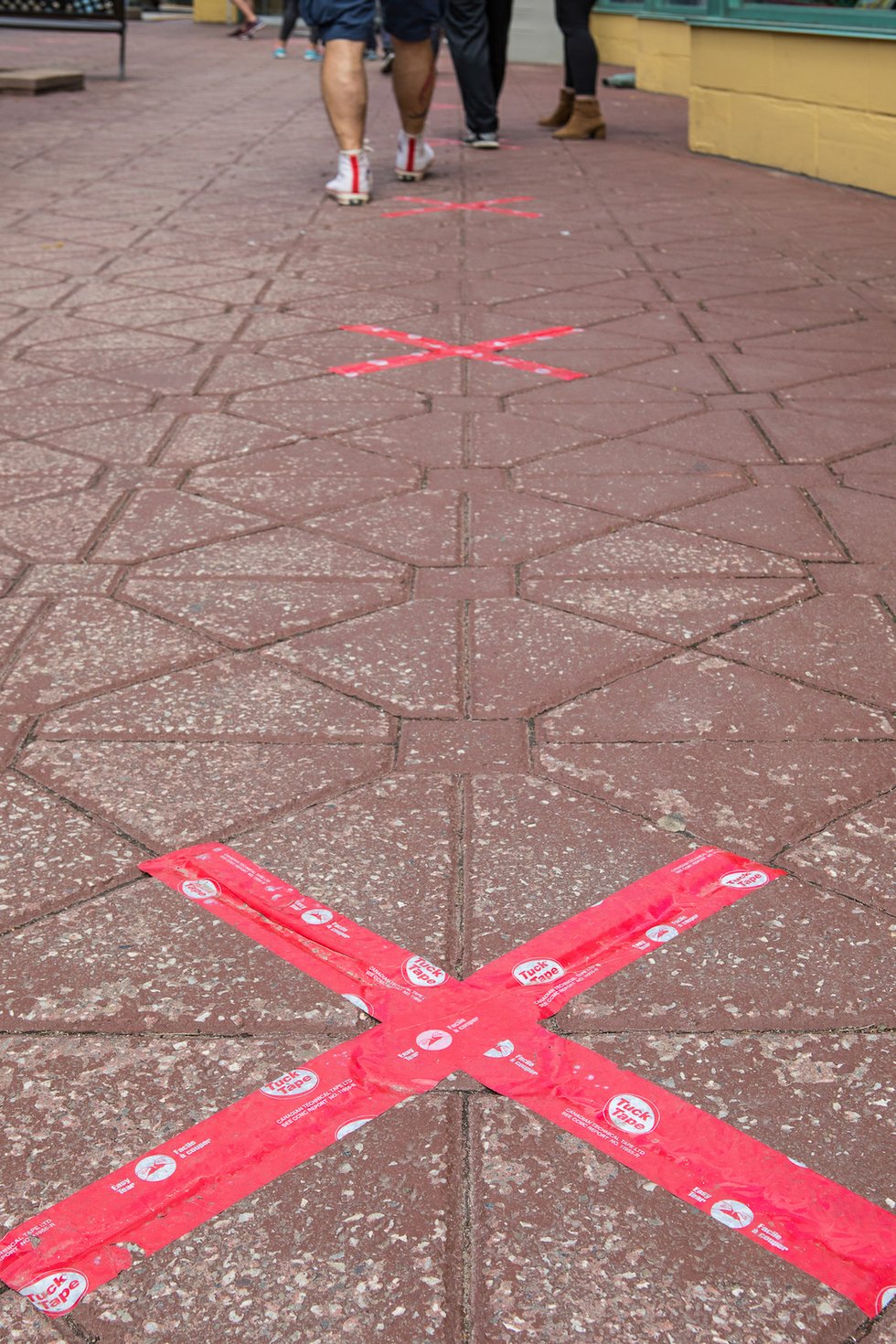 The coronavirus has already put a huge space between us and confined us to bubbles that we don’t know when we’ll be able to get out of completely, as we travel through time toward the “next normal.”

That’s the term Eileen de Villa, the city’s medical officer of health, introduced at a press briefing last week to describe the next phase of the fight against the pandemic.

On what that will look like some confusion still remains as the province begins to ease restrictions. What we do know for sure is that physical distancing will continue to be part of our everyday lives for the foreseeable future.

Large public gatherings won’t be something we see again until 2021 – and maybe beyond as the most optimistic projections put the development of a vaccine anywhere from a year to 18 months away. Some treatments may be developed before then.

But the pandemic is already altering our universe and changing the way we work and communicate, moving most of our interactions online. It’s also affected our behavioural patterns. Our most basic human desire to be close has been taken away from us, whether from fear of contracting the virus or government directives to stay home. In many cases, these patterns will continue long after the threat has subsided.

Unlike other major outbreaks this century, save for the HIV/AIDS crisis, there is (so far) no end in sight. In fact, we’re being told to brace for a second wave and possible waves after that.

In that regard, there is no new normal. There’s only a new baseline to measure our existence, says Donna Ferguson, an assistant professor of psychiatry at the University of Toronto and a clinical psychologist at the Centre for Addiction and Mental Health. We can’t allow ourselves to think too much into the future. The quicker we get our head around that, the better we’ll be able to cope.

Says Ferguson: “We’re all trying to get a handle on what’s happening and to find our feet and move toward a new normal and see what the future looks like. But people have to forget the way life was before. That’s not coming back. This pandemic has changed us.”

If anything, the pandemic may end up encouraging us to continue to detach from each other, says Ferguson, at least in the beginning, as we walk back into our routines.

Mental health experts have already warned of symptoms of PTSD associated with trauma. The psychological fallout is already being profoundly felt. Two-thirds of Ontarians report that leaving their home is causing them anxiety. Three quarters are worried about the future.

“We’re going to be afraid to feel that connection again,” says Ferguson. “It’s going to take a long time for us to recover.” 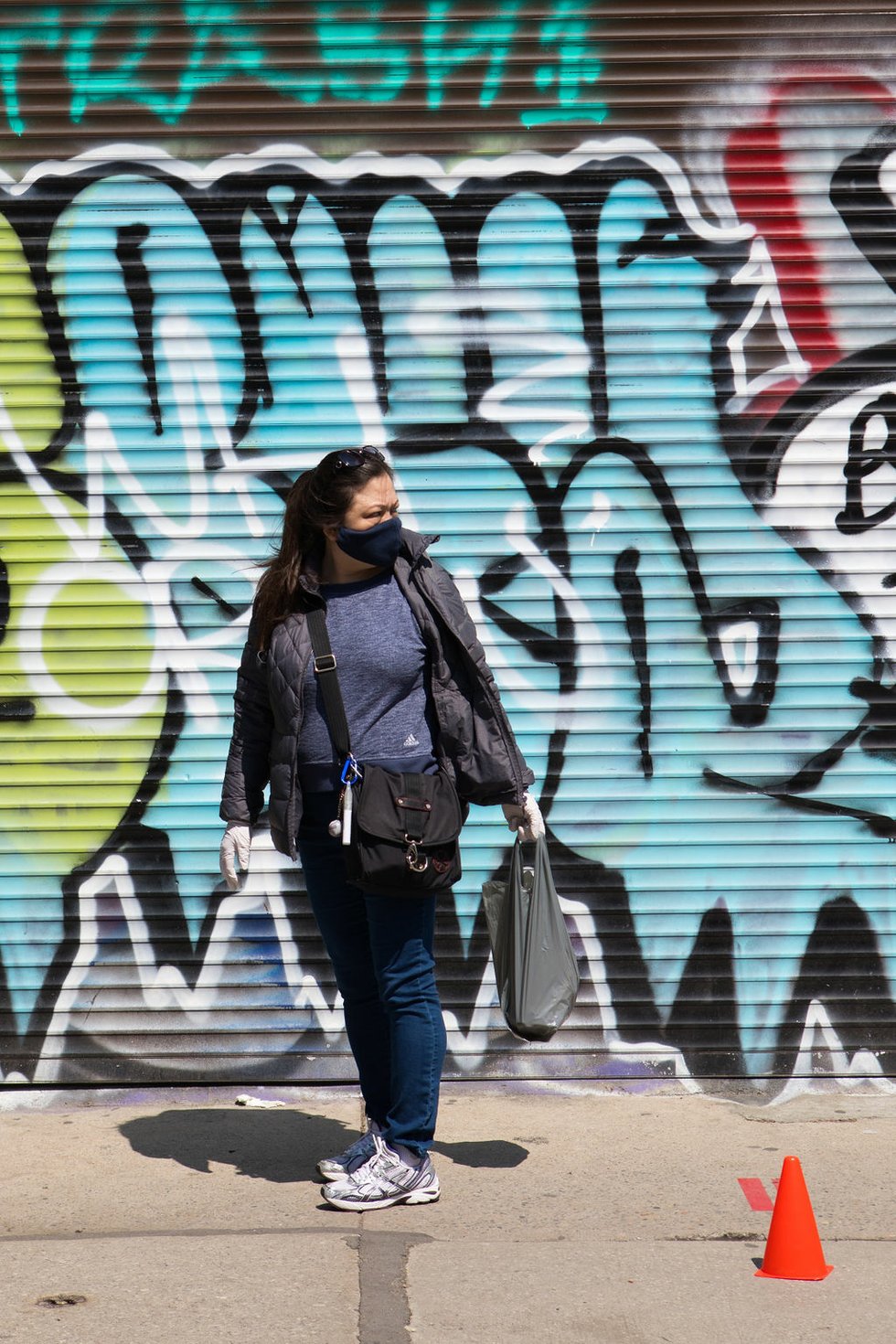 Many of us, in fact, may not be so eager to reintegrate post-pandemic. We will never feel quite safe and secure enough. Those that have the option to work from home, for example, will continue to do so. Others will just stop doing some of the things they’re doing now to keep in touch with people in their circle.

Fear of the virus will increase the potential for us to distrust random people we come in contact with. There’s going to be mistrust at the same time as we start to reconnect, says Corinne Hart, an associate professor at the Daphne Cockwell School of Nursing at Ryerson University and an expert in community health.

For example, we’re already seeing the kind of stigmatization, shaming and blaming that characterized SARS, H1N1 and HIV/AIDS in the racially motivated attacks on Asian-Canadians in particular.

“I’m worried that we will ‘other’ people even more and perpetuate the social discomforts we already have,” says Hart. “And when you look at people who are most affected by this, it’s racialized people, the essential workers who don’t have the privilege.”

Also, for a whole generation of young people, who Hart says “don’t have the resilience in history for the long game,” economic uncertainty looms large.

Hart says messaging from public health officials, politicians and, yes, media, will be important to help us get through rough spots that emerge.

On that front, Toronto’s medical officer of health is encouraging Torontonians to stay connected and support each other.

“This pandemic has brought us profound changes for which we have had no time to prepare,” de Villa said last week. But “We are truly fortunate to live in a great city of caring compassionate, resilient people. Although we are physically apart, we are connected in spirit.” Take note Toronto.