Political leaders urge people not to gather for Passover and Easter 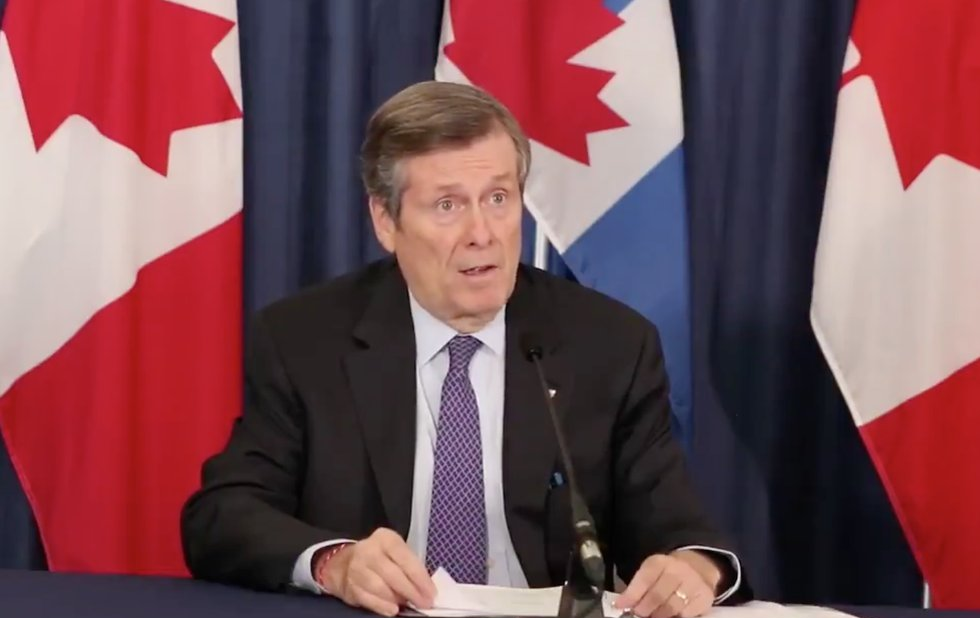 In case you forgot (and who could blame you?), this weekend will be a long weekend as Good Friday (April 10) is a stat holiday. Both Easter and Passover start this week, which are typically times of gathering and togetherness for those who celebrate – but this year, John Tory is urging Toronto residents not to get together.

“These are major holidays for many families in our city and friends often in most years travel and get together,” the mayor said at a new conference on Monday, April 6. “This year we’re facing an unprecedented threat, a deadly virus. So we are asking all families and friends to celebrate at home with the loved ones they live with all the time and to avoid travelling to see other family members or friends or gathering in large groups. An Easter Egg hunt isn’t worth your life.”

“There will be a time, hopefully sooner than later, when we can come together to celebrate our various traditions with our family and friends,” he continued later. “But right now we need to stay home and stay safe, as the medical officer of health has been telling us consistently for some time now.”

With so much of the culture built around community and congregation, religious communities are being hit especially hard by the COVID-19 pandemic.

The first two nights of Passover, the eight-night Jewish holiday that starts this Wednesday (April 8) are traditionally celebrated with a seder – a ritual-filled dinner gathering family and friends to tell the story of Exodus and celebrate freedom from oppression.

But three political representatives from all three levels of government have put out a plea to the Jewish community to celebrate at home with only the people in your immediate household. And going to a Passover Seder is not considered essential travel. In fact, gatherings of more than five people who don’t live together is illegal under the Quarantine Act and could earn you a fine of up to $100,000.

“We know that for many in the Jewish community, not being able to join together and celebrate… will be difficult,” reads the memo from MPP Roman Barber, MP Michael Levitt and councillor James Pasternak. “But that is no excuse to violate mandatory Public Health measures meant to save lives.”

Tory has urged people to find “creative ways” of celebrating the holidays, including Ramadan which is approaching at the end of the month. That might include celebrating over the phone, or with a video chat platform like Zoom.

Some churches and synagogues in the city are also offering virtual services and seders.

There is typically a surge in grocery shopping before the long weekend as families prepare their holiday dinners. Tory asked on behalf of the stores for people to shop in advance and not crowd the stores on Thursday and Saturday.

At a news conference on Monday, Doug Ford said he’s urging grocery stores to stay open on the holidays, April 10 and 12, and that he’ll personally call the CEOs of the six major chains to ask them. In the meantime, he suggests considering ordering takeout or delivery instead of cooking. Many restaurants in the city are offering Passover and Easter-specific delivery and catering options.

Throughout the pandemic, people have been finding new and creative ways to come together. These religious holidays will offer a new testing ground for people to adapt.