Some 313 of 1,200 hotel rooms opened for the homeless have been filled, but the city is in discussions with hotel owners to acquire more space permanently "for longterm housing solutions" 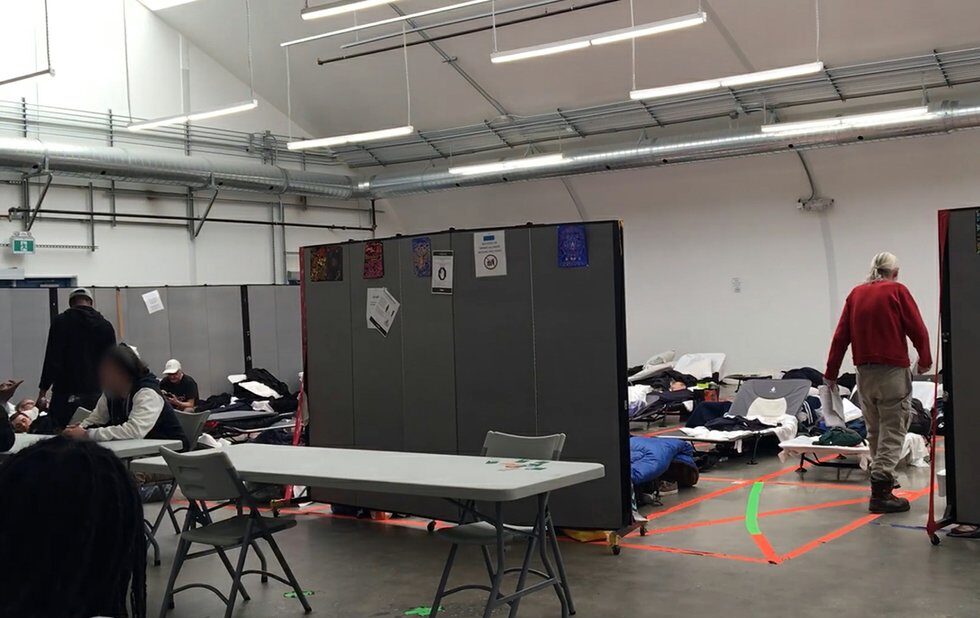 Chrissy is a young Indigenous woman who uses the shelter system but can no longer access a bed because of COVID-19 physical distancing requirements.

“I’ve been outside for three weeks now,” she says. “I’ve been walking around in circles and don’t know where to go.”

The women’s shelter Chrissy frequents wouldn’t let her back in because “I switched floors without knowing you’re not allowed to switch floors anymore and they kicked me out.”

Chrissy says she has been riding the subway to stay warm.

“They’re asking us to isolate but we didn’t know where to go. The police keep stopping us asking where are you guys going? We have nowhere to go.”

It’s a familiar tale of frontline confusion (and communication breakdown) around the city’s COVID-19 response when it comes to managing the needs of shelter clients.

Councillor Joe Cressy, who chairs Toronto’s Board of Health, says the city has been preparing for the coronavirus for months. Recently, the city opened some 1,200 hotel rooms at 12 locations to help house homeless people. But as of April 7, only 313 people had moved in. Chrissy has yet to get a room. “It’s taking too long.”

The situation on the ground continues to be desperate for hundreds of homeless people who can’t self-isolate.

Shelter Support and Housing Administration (SSHA) manager, Mary-Anne Bedard says the City has been prioritizing moving people out of facilities “where our greatest risk was,”  in particular respite sites where people share common open spaces.

“It’s difficult to ask respite clients to maintain that physical distance in those sites,” says Bedard. “It’s also a population that often has health and active addiction concerns that make them particularly vulnerable.”

SSHA’s most recent numbers say that 350 new spaces have been opened at 10 facilities, including six community centres, some 240 isolation spaces created for homeless people who have been tested and a 400-person recovery facility secured for homeless people who test positive for coronavirus. Also, 17 families have moved into permanent Toronto Community Housing Corporation (TCHC) units.

After complaints from frontline workers and advocates, the city has also struck an agreement with the province to adjust hospital discharge protocols. Homeless people who have been tested for COVID-19 will no longer be discharged back on the street or to an overcrowded shelter, but transported to the new isolation site.

Cressy says the city has funded all nighttime-only sites to operate during the day and continues to follow leads on procuring motels, hotels, vacant rental buildings and other available spaces to house more people. He says efforts have also been redoubled to permanently rehouse people in vacant rent-geared-to-income TCHC units.

“What we cannot do is rapidly rehouse people today only to put them back out on the streets tomorrow,” says Cressy. “The opportunity here is to end homelessness. That’s what I’m working towards.”

Although the city’s actions and the work of city staff are welcome, there are still nearly 8,000 nightly shelter users and others sleeping on the street that have yet to be accommodated, says street nurse Cathy Crowe. She has lodged a complaint with the Toronto Ombudsman that city shelters have not yet been directed by Toronto Public Health “to space beds 6 feet apart and to stop using top bunk beds.” There are now eight people, shelter clients and frontline workers who have tested positive for COVID-19, including at Seaton House, the city’s largest shelter.

In an email to NOW, Crowe says she knows of at least two shelters where people have been screened and identified as high-risk cases for COVID. “They were identified last week and are still sitting in shelters because of what I can only tell is bureaucratic red tape. The shelter operators are both ready to move the people and do the staffing. City is the hold-up.”

Cressy says that it takes more than signing an agreement to open up a hotel. “You have to create a staffing model, you have to ensure that you have the wrap-around services and you need to deal with collective agreements.”

Frontline workers close to events tell NOW that move-ins have also been delayed by squabbling between unions from different providers over the number of hotel units each provider was going to manage.

Asked about the claim, a spokesperson for SSHA responded by email to NOW that, “Getting these hotel spaces requires contracting the spaces and coordinating the required additional resources to support clients who will be temporarily living in these spaces. This includes both staff and partner agencies to provide the necessary resources.”

Bedard says the goal is to boost shelter capacity by up to 3,000 spaces. There have also been ongoing discussions with hotel owners about acquiring space on a permanent basis “for long-term housing solutions,” she says

The Ontario Coalition Against Poverty (OCAP) says the city’s response requires opening significantly more rooms than the 1,200 announced while “shelters, respite sites and drop-ins continue to remain dangerously crowded and most operators are unclear about how and when the city plans to move people,” says OCAP organizer Yogi Acharya.