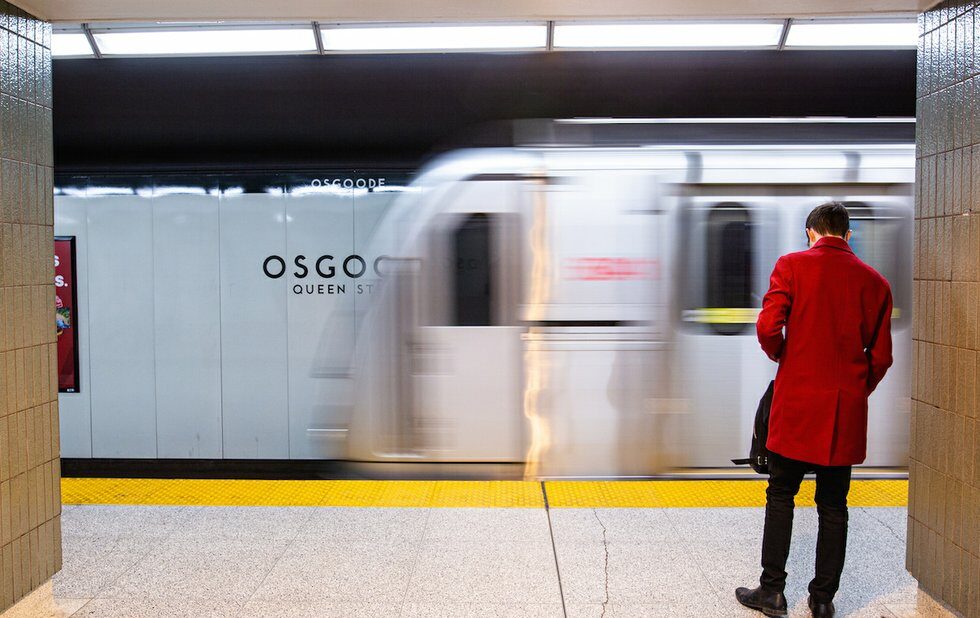 Coronavirus has left demand for public transit in Toronto in free-fall.

A network designed to carry 1.7 million riders every day has seen about one-third of that volume since social distancing, work-from-home rules and the shutdown of all public gatherings were imposed by the province.

Toronto Transit Commission spokesperson Stuart Green reports that as of March 17, weekly ridership on the TTC was down 60 per cent – from 10.4 million to 4.5 million rides – with a revenue loss of $14 million. The numbers do not include the effect of recent business closures.

Clearly, a transit system cannot operate vehicles that are almost empty, but many people still need transit in Toronto.

The first and obvious group are frontline workers, be they in the healthcare sector or those who keep groceries and pharmacies open and stocked, not to mention the transit system running.

But an equally important group are those who must travel to access services that remain open, and who cannot make all of these trips on foot or bicycle. This problem worsens the further you get out from downtown core.

Transit and shopping “deserts” are a common complaint beyond the core. In these locations, few services are available just down the street, and unreliable transit service compounds the challenge of getting to them.

Recognizing this, the two-hour transfer was introduced to reduce the cost of getting from place to place with a separate bus fare between each stop. If service cutbacks stretch the time between buses, these trips will take longer and be more challenging.

A TTC review of service levels across its network is underway with a view to balancing ridership with the need for physical distancing on vehicles. This is no time for packing riders in, if they do appear, but also no time for widespread cuts.

Toronto council must decide how it will spend available money for many public services, including transit. Although emergency financing is promised by both the provincial and federal governments, the amounts and the degree to which spending will be limited to specific areas are unknown.

From the perspective of a city facing weeks of restricted travel, it would be easy to eliminate much existing transit service. But that would be counterproductive both for those who must travel today, and those who will try to use transit once businesses, jobs, schools and public life begins a return to normal.

Past experience shows that when transit service is lost, it does not return quickly. Just enough service is provided to handle demand, not to attract riders. Transit always lags, it does not lead. That pattern must change.

Toronto has a chance to do more than lead with transit. Street space for cyclists and pedestrians must be expanded.

In the short term, cycling plays an important role in safer social distance travel for those who can use it but that role should be permanent, not rolled back the moment the crisis passes.

Pedestrians deserve more space in areas where they dominate both as walkers and as transit riders. We have already seen how King Street can work even though timid design decisions and poor enforcement make King less than it could be.

Large parts of Toronto are bastions of car culture. But there is a chance to rethink how everyone fits into the road network.

Politicians, the majority on Toronto council and in the Ontario legislature, do not represent areas that will be easily shifted from car-centric designs. Indeed, this is a challenge for all of Toronto including the “old city” where many changes can and should be made.

The goal should not be to make every corner of Toronto look like a downtown neighbourhood, but to find designs that work in each context. New designs must address all users of public space be they motorists or transit riders, cyclists or pedestrians.

For years, transit was hostage to tax and fare increase limits while the big spending went to transit megaprojects. Transit must be ready to carry new riders the day they appear, not months or years later when the political will permits expansion.

Toronto thinks of itself as a “transit city”, but risks this title if transit loses its value and allure.