Opinion: We cant police our way out of a pandemic

As we've learned from ineffective approaches to HIV prevention, criminalizing a virus discourages testing and drives people away from seeking health care 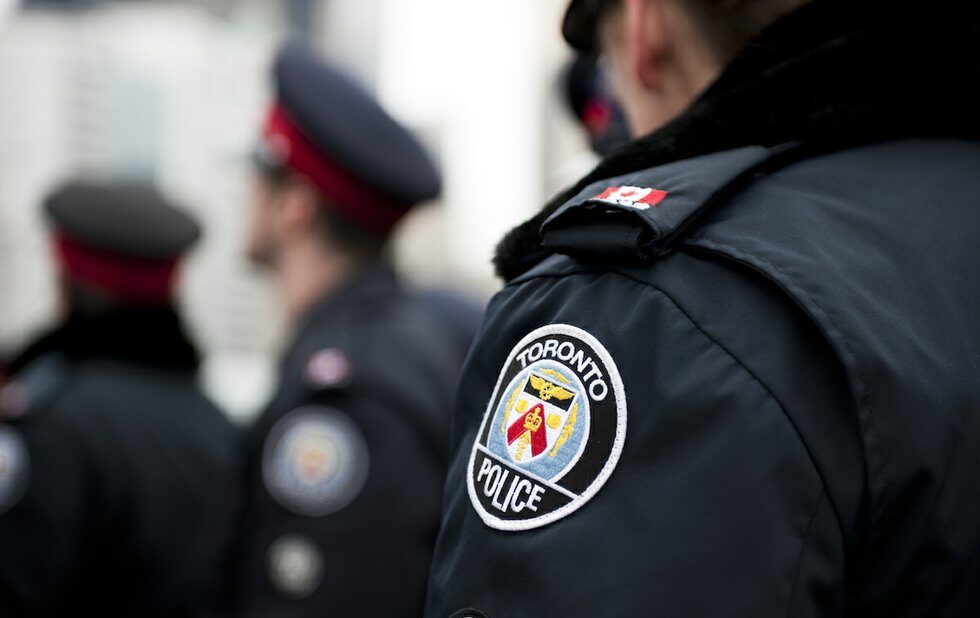 Across Canada, provincial and municipal police forces are being mobilized to work with public health officials to enforce emergency legislation and protocols in the wake of COVID-19. As someone living with HIV in Canada – a leading country for criminalizing HIV – and as a social scientist who studies the policing of communicable and infectious diseases, I can tell you: criminalizing a virus does not prevent its spread. It only adds to the crisis.

First, let me be clear: we must obey public health guidance. But we must also be critical of failed approaches that have no evidence of their effectiveness at combating disease. I have seen how deputizing police in the name of public safety only undermines public health responses and violates human rights. Yet across the country we are witnessing a ramped-up police presence.

Due to COVID-19, Ontario, Alberta and British Columbia declared states of emergency, invoking emergency public health legislation allowing enhanced police powers. In Quebec City, police arrested a woman on March 21 who tested positive for COVID-19 and had left quarantine, although no criminal charges were laid.

The same day, Quebec’s provincial police force announced a series of enhanced police powers and a special operation that involved the deployment of police officers to public health offices to help counter COVID-19 and enforce the Public Health Act.

In Nova Scotia, Quebec and Toronto, police are now authorized to enforce self-isolation and physical distancing. Fines for individuals who violate orders start at $1,000. When Nova Scotia started this process, public health officials asked people to not call police. Instead, they urged people check in on others from a distance and ask if they need supports to practise distancing and quarantine.

Panic is now causing police in Nova Scotia to change course and announce they will now issue penalties similar to other provinces across the country. I’m already seeing evidence of people turning on one another. The crowdsourcing of policing is being encouraged with “snitch lines” popping up across the country. On social media I’ve seen calls for people to call the cops on one another, which is creating more fear, panic and suspicion.

Last week, federal health minister Patty Hajdu said the Liberal government is considering criminal penalties for people who disobey self-quarantine. On March 24, a woman was arrested and placed in jail overnight in Newfoundland for disobeying quarantine.

All of these fines and orders are enacted via public health acts in each province, but if people do not follow the order, it may lead to a charge of contempt of court, which could lead to jail time.

In an escalation of events, two men in New Brunswick who recently travelled from abroad were charged with assault on March 27 for coughing on people in a house that one of the men lived in. It is not yet clear if the men have COVID-19.

The COVID-19 pandemic is unprecedented in our lifetime, but cooperation between police and public health officials is not. I have lived my adult life in a country with laws that consider me a public safety issue. But I know that people living with HIV are not the problem. And I can tell you that as more people are diagnosed with COVID-19 or experience symptoms of COVID-19, they will not be the problem either.

The viruses are very different. In the case of HIV, transmission occurs most often among people who do not know they have the virus. Once people know they are infected, they take their health, and the health of those around them, seriously. This is why testing is key.

I’ve studied policing responses to the HIV epidemic and other communicable diseases from the early 1900s to today. I’ve interviewed people across Canada who were prosecuted due to alleged HIV non-disclosure. They were a diverse group, including Black and Indigenous people, gay men, women with histories of street-based sex work and people who live in poverty. One of the main things I found is none of them had any intention to put anyone else at risk. In fact, it was the opposite. They often acted in a manner to protect their partners from potential transmission, such as taking their medications regularly (rendering them non-infectious) or using condoms, or both.

One woman handed her partner a condom prior to sex, which he did not use. Sadly, as a result of Canada’s decision to use the criminal law to manage HIV, she is now a registered sex offender.

The law is a blunt instrument that forces complex life experiences into an easy innocent vs. guilty narrative. But, as the above example shows, life and health are more complex. In a pandemic, something that impacts our collective health, trying to identify and vilify individuals that can be blamed and punished is not the answer.

In some cases, the police use communicable diseases to justify violence. In 2017, Toronto Police tasered a Black man while pushing his face down on the asphalt. A witness recorded the event and an officer said to him, “He’s going to spit in your face and you’re going to get AIDS.” It is impossible to transmit HIV via saliva.

Unlike effective HIV prevention approaches that emphasize community behavioural changes, policing discourages testing and drives people away from seeking healthcare. While many countries have reduced HIV transmission, Canada’s HIV transmission rates continue to rise. There are over 2.000 new infections each year, while the police create an environment of fear among the 65,000 of us who live with the virus in the country.

We might think COVID-19 impacts everyone equally. But laws designed to punish people in the pandemic will not be applied equally. Police will target marginalized communities. Just look to the numerous police killings of people of colour, homeless people and people with mental health issues.

To learn lessons from the harms of criminalizing HIV, a global statement by international experts from HIV Justice Worldwide, released on March 25, calls for policymakers to avoid the temptation to use criminal law or other ineffective and disproportionate repressive measures to curb the spread of COVID-19.

An effective response to COVID-19 must ensure that people who are most marginalized in society are able to access the means to practise public health protocols. This means ensuring as a society that people have a home to “stay home” in, and that information, education and support is accessible and helps make physical distancing possible for a wide diversity of people.

Widespread social and economic reforms are urgently needed. Homeless people need places to stay immediately. Any government enacting a state of emergency must enable the financial and social support of those who are most vulnerable to follow protocols. Instead of policing, we need testing.

The people who will have the hardest time practising physical distancing lack financial means or may have mental health, language, coherence or ability issues. Fines will do no good. And what will we do when people can’t pay the fines? Put them in jails – which are hotbeds of communicable disease? In certain areas, prisoners are being released due to COVID-19 fears. Putting more people in prison will not end COVID-19.

Instead of more policing, fines and jail time, we need testing, education and support. We need a basic minimum income and the immediate release of empty buildings to house those without housing.

Policing will not end the transmission of a disease it will exacerbate its spread. We can’t police our way out of a pandemic.

Alexander McClelland is a Banting Postdoctoral Fellow in the department of criminology at the University of Ottawa and a member of the Canadian Coalition to Reform HIV Criminalization.