A roundup of coronavirus news in Ontario on March 18 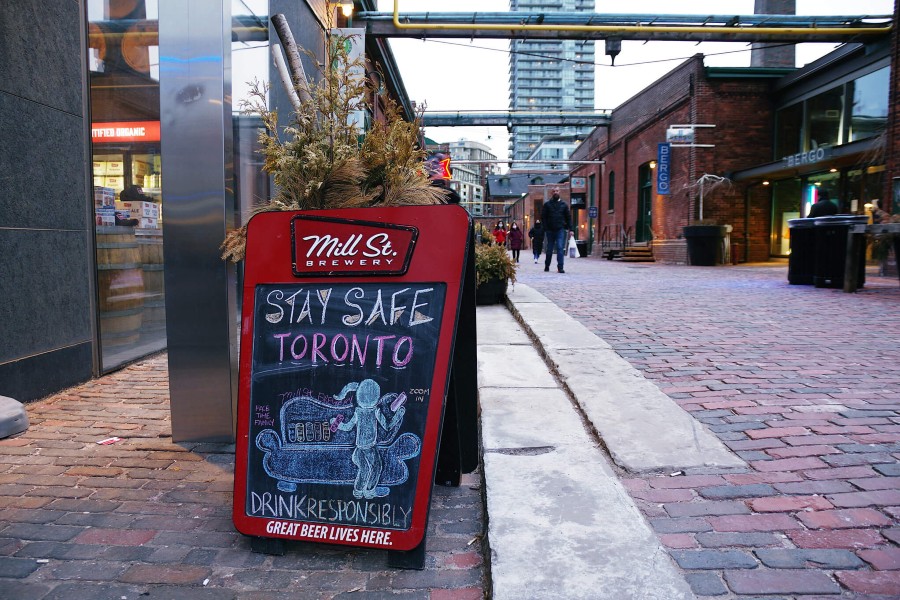 Nearly 50 per cent of Ontario residents 80+ have had first dose: Ford

2:30 pm Premier Doug Ford said today he is “absolutely” in favour of modifying the grey lockdown level to allow outdoor activities, such as dining and fitness, if doctors and mayors agree.

On Thursday, medical officers of health in Toronto and Peel said they are in talks with their provincial counterpart to remain in the grey zone, but loosen rules to allow outdoor dining and fitness.

“If all three doctors agree, then we’ll take their advice and move forward,” Ford told reporters during a news conference in Hamilton. “And not just the doctors, but the mayors too.”

1:35 pm The Biden administration will reportedly send 1.5 million doses of the AstraZeneca vaccine to Canada as part of a loan deal, Reuters reports.

An anonymous administration official also told the wire service that the U.S. will also send 2.5 million doses to Mexico.

“We’re lending a portion of our releasable doses of AstraZeneca vaccine,” the official said. “We only put the virus behind us if we’re helping our global partners.”

The AstraZeneca vaccine is manufactured in the U.S. but the federal regulators in that country have yet to approve it for domestic use. President Joe Biden has come under pressure from other countries to share the vaccine.

Reuters reports the deal will be officially announced in the coming days.

The province’s case counts and daily averages have reached early-February levels – Ontario reported 1,489 new cases and a rolling average of 1,428 on February 7.

The Ford government is expected to announce whether Toronto will remain in the grey lockdown level of the COVID-19 response framework by tomorrow.

Yesterday, Mayor John Tory and Toronto Medical Officer of Health Eileen de Villa said they are in talks with Queen’s Park to keep the city in the grey zone while modifying the framework to allow outdoor activities, such as dining and fitness.

The province completed 58,560 tests in the past 24 hours, marking a positivity rate of 3.1 per cent.

Active cases are still on the rise, with 12,814 cases reported today, up by over 300 from the day before. There are currently 730 hospitalizations, with 304 of those patients in intensive care and 186 on ventilators.

One person between the ages of 20 and 39 has died from the virus in the past 24 hours.